Niger heads to polls in search of first democratic transition 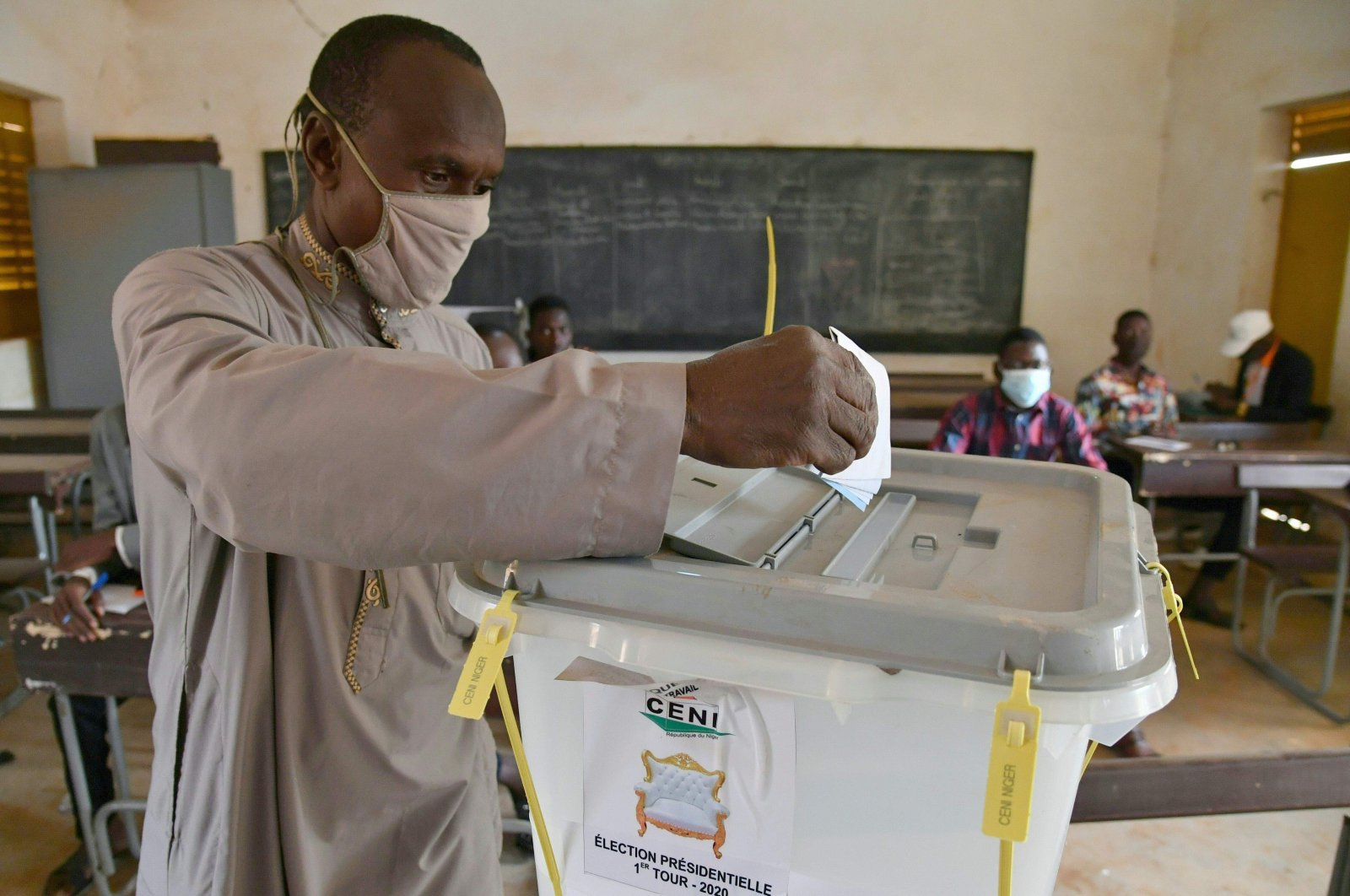 A man casts his ballot at a polling station in Niamey during Niger's presidential and legislative elections, Dec. 27, 2020. (AFP Photo)
by Agencies Dec 27, 2020 1:53 pm
RECOMMENDED

Voting began in Niger on Sunday in an election that is expected to lead to the West African nation's first transfer of power between two democratically elected presidents.

A smooth handover would be a rare bright spot for a country blighted by widespread poverty and violence that has killed hundreds of civilians and soldiers in the last year alone.

Niger has experienced four coups since gaining independence from France in 1960. It would also contrast with Ivory Coast and Guinea, whose presidents this year used constitutional changes to extend their tenures to three terms, raising fears of a democratic backslide in West Africa.

"It's extremely important for us because we are seen as the champion of the coup d'etat," said 50-year-old Massaoudou Abdou who voted in a school in the town of Maradi in southern Niger. "In 60 years of independence, this is the first time," he said, referring to the passing of power from one elected president to another.

Former Interior Minister Mohamed Bazoum, the ruling party's candidate, is the overwhelming favorite to succeed President Issoufou Mahamadou, who is stepping down after two five-year terms leading the country of 23 million.

Bazoum, 60, has promised continuity with Mahamadou's policies, while also vowing to clean up pervasive corruption, according to Reuters.

"If I am lucky enough to win this election, you will have chosen someone who is ready from day one," he said in a campaign video.

Niger has suffered repeated attacks near its western borders with Mali and Burkina Faso from militants linked to al-Qaida and Daesh, including one in January that killed at least 89 soldiers. Hundreds of miles to the east, near its southeastern border with Nigeria, it faces attacks from Boko Haram. More than 20,000 people have died in attacks carried out since 2009 by the Boko Haram terrorist group in Niger and more than 2 million people have been displaced.

More than 40% of Niger's population lives in extreme poverty, and the COVID-19 pandemic has slowed growth to a crawl, compounding the effects of climate change and low prices for top export uranium.

Apart from terrorism, Niger has also been affected by the Libyan conflict that has arisen between the United Nations-backed government and putschist Gen. Khalifa Haftar. Beset by years of war, Libya has been a main transit point for Africans seeking economic opportunities in Europe.

Bazoum faces 29 other candidates, who will hope to force a second round by denying him an outright majority. Hama Amadou, who finished runner-up in the last election, was barred from running because of a criminal conviction, leaving the opposition without an obvious figurehead.

But last week, Amadou's party called on its supporters to turn out for Mahamane Ousmane, who was president from 1993-1996, which could spur some to turn out and vote.