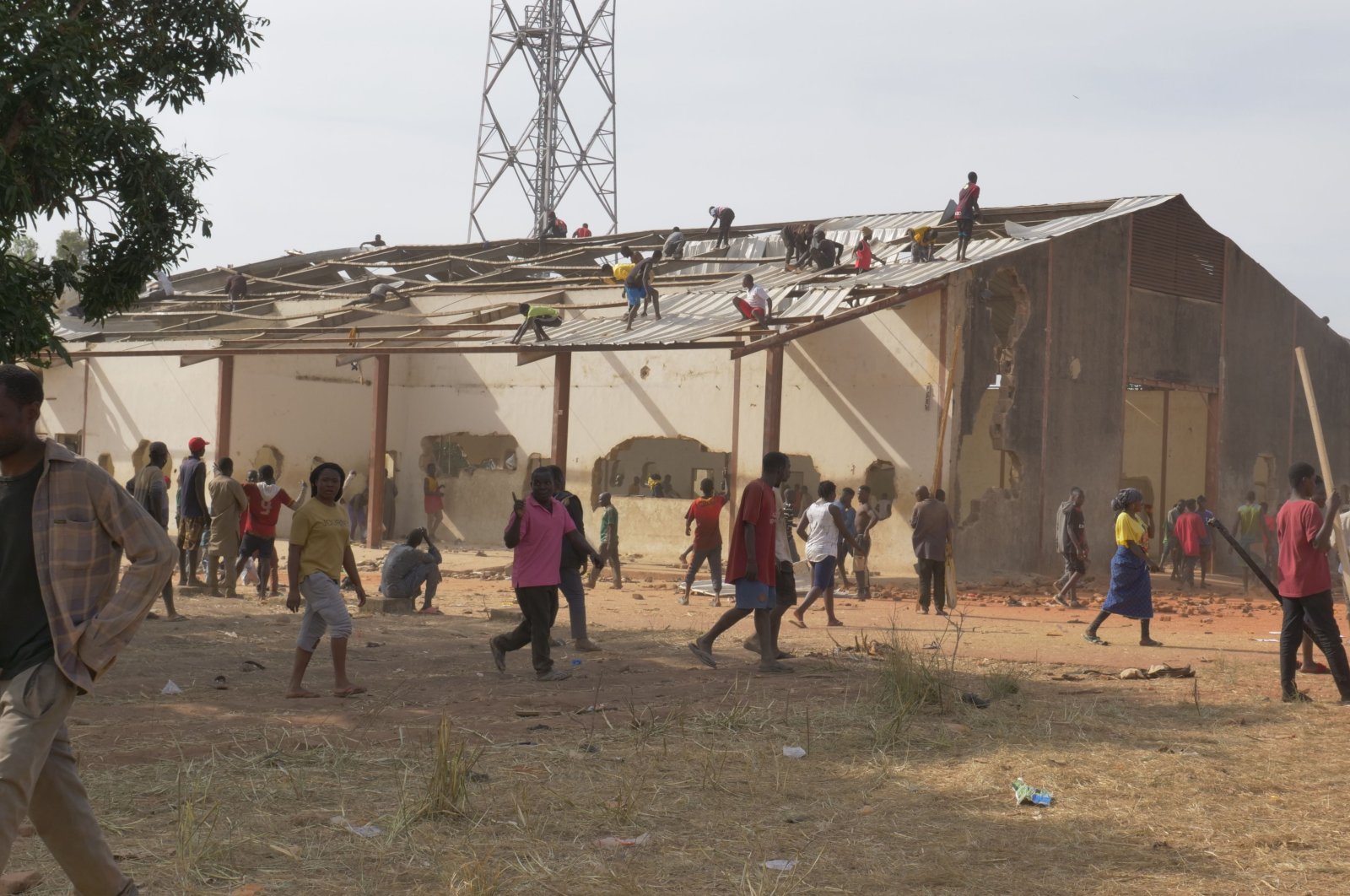 People take the metal sheets off the roof of a warehouse during a mass looting of a warehouse containing COVID-19 food palliatives that were not distributed to relieve people's hunger during the lockdown, Jos, Nigeria, Oct. 24, 2020. (AFP Photo)
by French Press Agency - AFP Oct 27, 2020 3:36 pm
RECOMMENDED

Huge crowds ransacked food warehouses in Nigeria's capital Abuja on Monday in the latest looting to hit the country during a wave of unrest. Lines of residents could be seen carrying away sacks of supplies meant for distribution during coronavirus lockdowns as authorities struggled to halt the pillaging.

"We are hungry, you understand," a man with a package of noodles in his hand told Agence France-Presse (AFP). "There is plenty of food in this country, but people are suffering. The government is cheating us by parking away this food." "We are not stealing; it's our food and our right."

The minister for the federal capital, Malam Muhammad Musa Bello, told local media that a number of government and private warehouses were vandalized.

The looting comes after days of violent rioting in Nigeria following the shooting of unarmed protesters in the largest city Lagos last Tuesday. The situation has calmed in Lagos and elsewhere, but widespread pillaging of government supplies has been reported across the country. Authorities have slapped round-the-clock curfews on a string of regions, and the police chief has ordered the mobilization of all forces. Fueling the anger are accusations officials have hoarded much-needed food supposed to have been handed out to the poor during lockdowns earlier this year.

A coalition of state governors has denied allegations of graft and said the supplies were held back as a "strategic reserve" in case of a second wave of the virus. But activists said that authorities needed to be more transparent. "It's now vital that the federal and state government clarify why the palliatives had not been disbursed, investigate and prosecute anyone implicated in corruption," said Anietie Ewang of Human Rights Watch (HRW).

Peaceful protests against police brutality erupted on Oct. 8 and quickly turned into one of the biggest challenges to Nigeria's ruling elite in years. Chaos spiraled after peaceful protesters were gunned down in central Lagos last week, sparking international outrage and violent rioting. Amnesty International said the army and police killed 12 protesters in that incident, and 56 people have died overall since the demonstrations started.