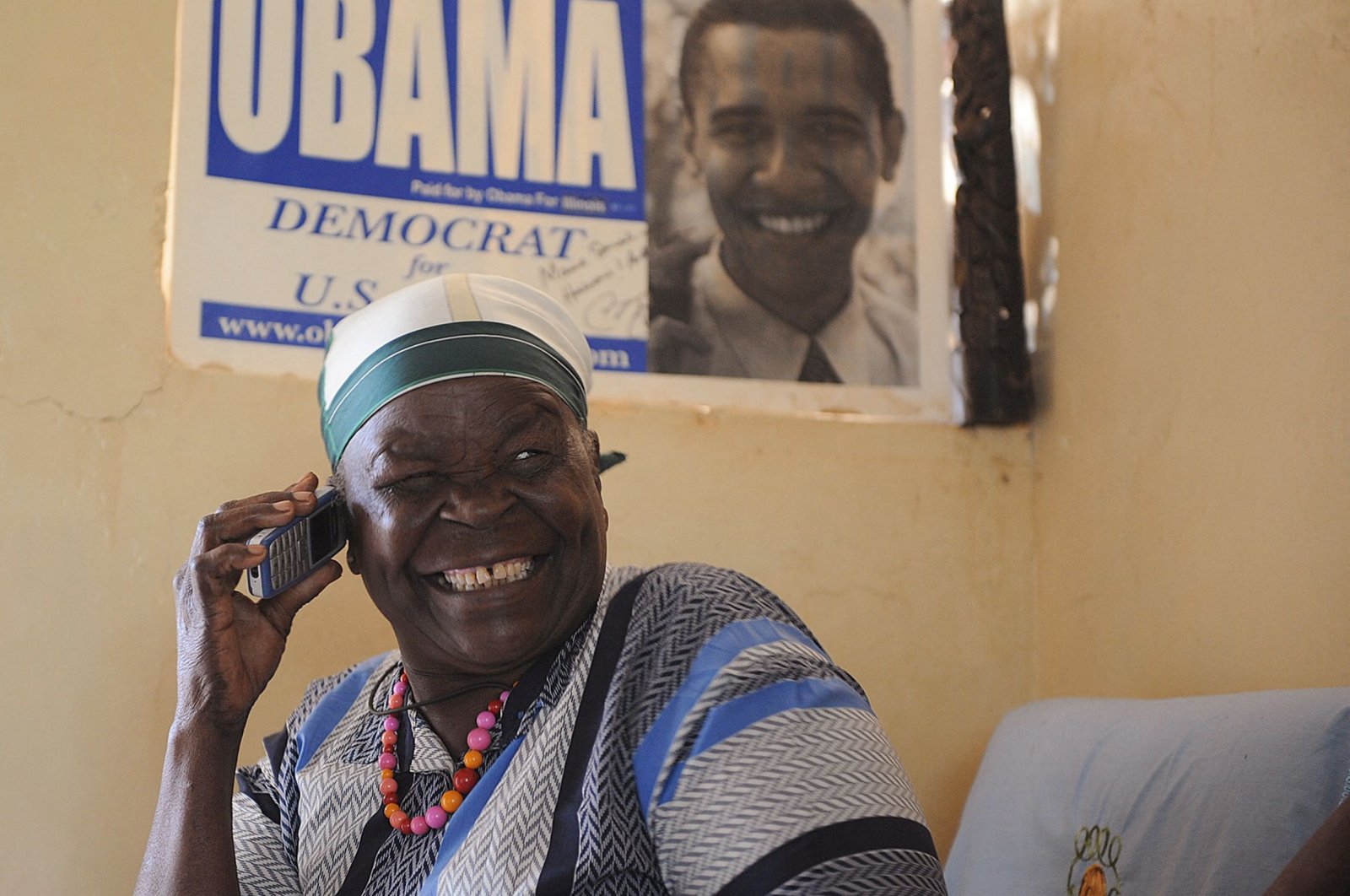 "It is true she has gone to be with the Lord," said an emotional Marsat Onyango, her daughter, "she passed on this morning."

Sarah Obama, popularly known as Mama Sarah, had been admitted to the Jaramogi Oginga Odinga Teaching and Referral Hospital in Kisumu.

Once a simple country woman, Sarah Obama was for a long time best known for the hot porridge and doughnuts she served at a local school.

But she rose to world fame with the 2008 election of her step-grandson Barack as the first black U.S. president.

Born in 1922 in a village on the shores of the glittering waters of Lake Victoria, Sarah was the third wife of Hussein Onyango Obama, Barack Obama's grandfather, a herbalist and a village elder who fought for the British in Burma, now called Myanmar.

Onyango Obama, who died in 1975, is said to be the first man to swap goatskin clothing for trousers in his village. He returned from the war in Burma with a gramophone and a picture of a white woman he claimed to have married.

Although not a blood relation, Barack Obama often referred to Sarah as his grandmother, calling her "granny."

On his trip back to Kenya as U.S. president, he met with her among other family members in Nairobi.

After leaving office, he traveled to her home in the village of Kogelo in 2018, joking he had been unable to do so in 2015 as his jet was too big to land in Kisumu.

Obama is linked to his Kenyan family via his father Barack senior, a pipe-smoking economist who Obama has admitted he "never truly" knew.

He met Barack Obama's mother, Ann Dunham, in Hawaii. But he walked out when Obama was just two and died in a car crash in Nairobi in 1982, aged 46.

Obama senior had worked in the government of Jomo Kenyatta, who led Kenya at independence from Britain until his death 14 years later in 1978.

The two men did not get on well, with Kenyatta – the father of Kenya's current President Uhuru Kenyatta – sacking Obama senior, and blackballing him for further government jobs, an ostracisation that would help fuel alcoholism.