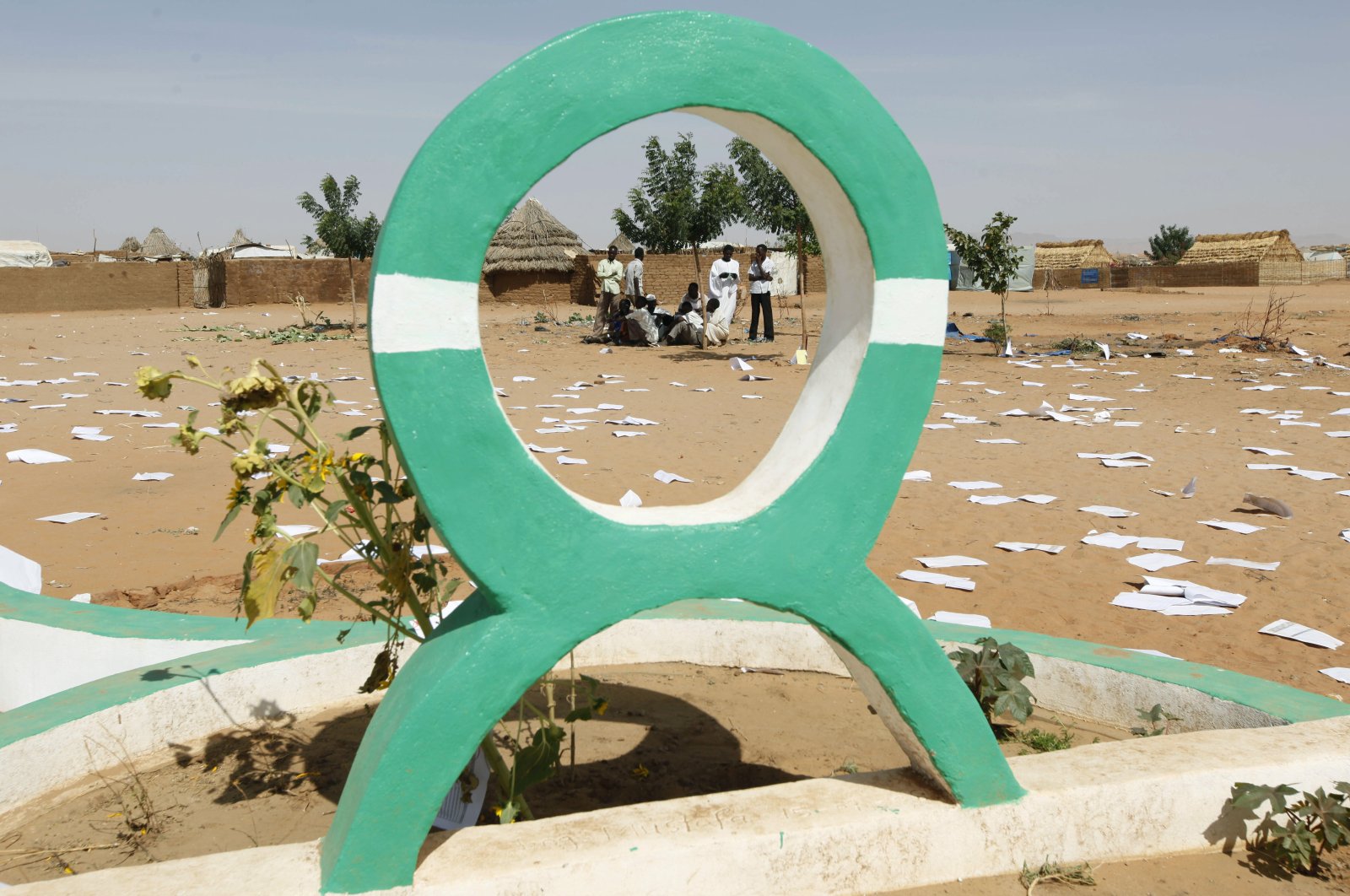 Sudanese refugees gather behind the Oxfam logo at al-Salam refugee camp, outside the Darfur town of al-Fasher, March 21, 2009. (AP Photo)
by ASSOCIATED PRESS May 21, 2020 7:50 pm
RECOMMENDED

Oxfam International, one of the world's leading aid agencies, will severely curtail its work because of the financial strain caused by the coronavirus pandemic, including the closure of operations in 18 countries at the potential cost of 1,450 jobs.

The organization, which currently operates in 66 countries and whose global work is coordinated via 20 affiliate offices around the world, said in a statement late Wednesday that it has had to accelerate changes as a result of the pandemic.

Countries it will be exiting include Afghanistan, Egypt, Rwanda, Sudan and Tanzania. It said the changes will affect around 1,450 out of nearly 5,000 program staff.

Following the changes, it will retain a physical presence in 48 countries, six of which it will explore as new independent affiliate members, including Indonesia and Kenya.

The organization had started a 10-year strategic review in late 2018 in the wake of a sex scandal in Haiti that caused a global outcry and prompted many donors to withdraw their support, particularly in the U.K., where it started operations back in 1942. Many of its charity shops, particularly in western Europe, have had to close, a visible sign of the financial damage caused by the scandal. Haiti is another country in which it will be closing operations.

"We’ve been planning this for some time but we are now accelerating key decisions in light of the effects of the global pandemic," said Oxfam International's interim executive director, Chema Vera.

Oxfam says the changes will enable it to be more effective in tackling global poverty and inequality and helping people to survive humanitarian crises. One key change will be shifting more decision-making power to the global south and reorientating work to meet local contexts.

Vera said the changes, combined with further "phases of transformation in the months ahead," will lay "the foundation for our future over the coming decade as the longer-term effects of this devastating pandemic become clearer."