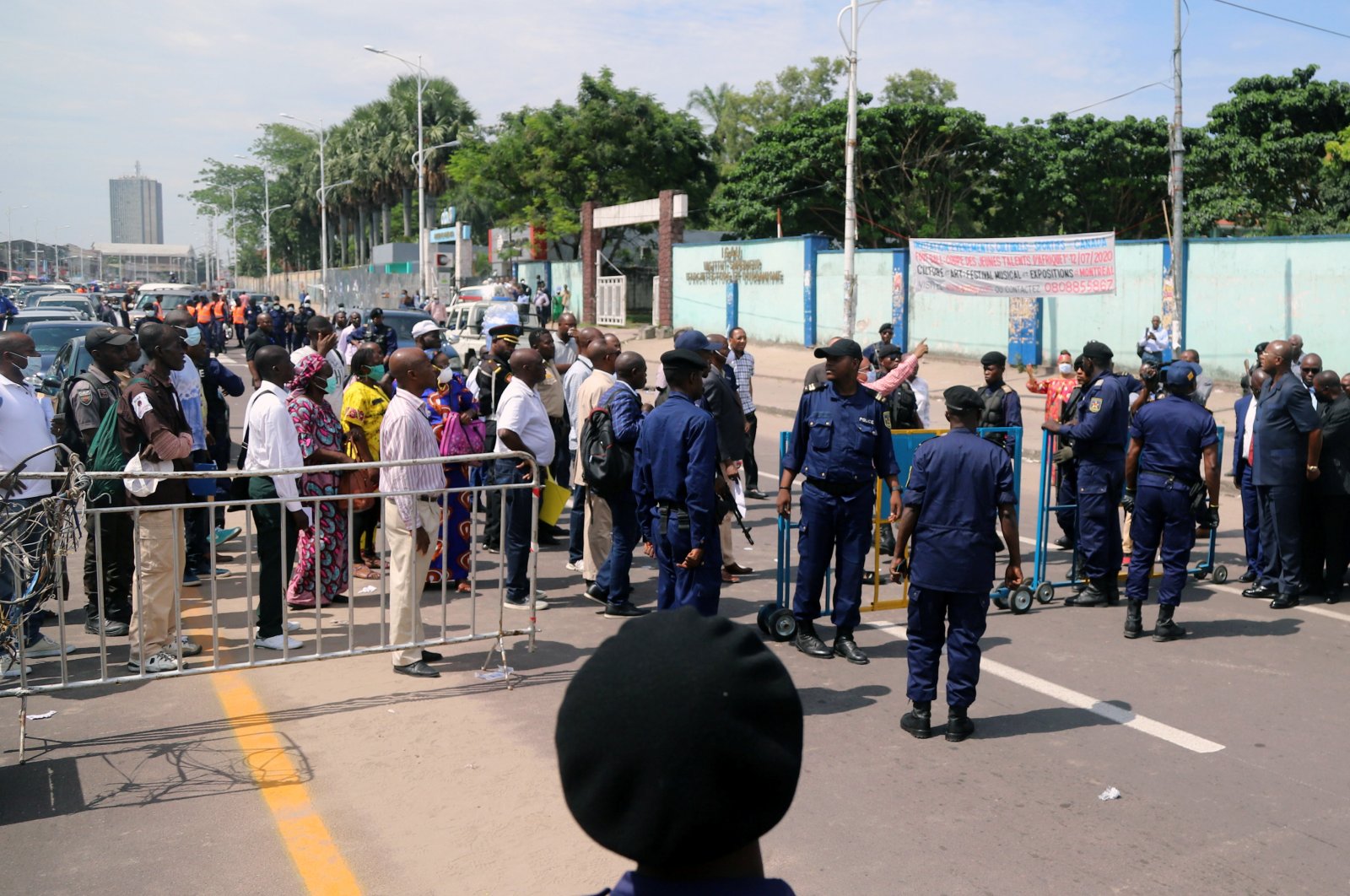 Days after Congo announced emergency restrictions to curb the coronavirus, a police video started circulating online showing an officer in the capital beating a taxi driver for violating a one-passenger limit.

The driver pleads with officers as they order him to lie face down on the road, but the punishment is meted out anyway: a sharp truncheon blow to the calves that leaves him writhing in pain.

Sylvano Kasongo, who heads the Kinshasa police and is seen in the March 26 video, sent a copy to Reuters because he said he wanted to encourage others to obey the rules. The force respects human rights, he said.

Reuters was unable to reach the driver in the video, which caused public outrage in the Democratic Republic of Congo. The head of the drivers' union, Jean Mutombo, said members are scrambling to make a living in lean times.

"We call on drivers to respect the decisions taken by the authorities to stop the spread of the coronavirus, but at the same time, we condemn any act of violence by the police," he said.

As in some other parts of the world, allegations of police brutality have surfaced in several African countries as governments impose lockdowns, curfews and other restrictions in response to COVID-19.

But populations who cannot afford to stay locked down for long pose a problem for governments in countries where the virus could overwhelm their fragile health systems.

"We need to be very careful about the way the governments implement these measures," said Samira Daoud, regional director for West and Central Africa at London-based rights group Amnesty International.

"The people responsible for these violations should be sanctioned, and a clear message should be sent to security forces to make sure that they respect human rights."

In Senegal, where clashes between police and civilians are rare, the first night of a nationwide curfew in late March was marred by violence. Videos posted online showed police swiping at fleeing civilians with batons.

Reuters could not verify the footage, but police in a statement apologized for the use of "excessive interventions" and promised to punish officers involved.

Crowded living conditions make it hard to obey rules demanding people keep a safe distance from each other, which has led to clashes.

On the evening of April 2, in Lorokwo West village in northern Uganda, police moved in to disperse people from informal settlements to reduce crowding. They broke down doors and dragged out occupants, injuring about 30 women and some men, police said in a statement on Monday.

It denounced the behavior of the officers as "outrageous" and said 10 police and six military officers had been arrested.

In South Africa, where police are enforcing a nationwide lockdown, an officer and a security guard were arrested in connection with the shooting death of a man caught drinking in a township tavern last week.

No charges have been brought against the officer pending an investigation by the Independent Police Investigative Directorate, its spokesman Sontaga Seisa told Reuters on Wednesday. The security guard has been charged with murder.

Videos purporting to show South African security forces beating people who defy the rules with whips and forcing them to do squats are also circulating on social media.

South African police spokesman Vishnu Naidoo did not respond to requests for comment. In a statement last week, he said the videos had yet to be verified but added "such alleged behavior by security forces is unacceptable... (and) can be neither tolerated nor condoned."

In Kenya, residents say violence has got worse since the outbreak began.

In one incident involving police enforcing the curfew, a 13-year-old boy, Yasin Moyo, suffered a fatal bullet wound on March 30 while playing on a balcony in Nairobi.

Police offered condolences to the family and said an investigation was underway.

Seven people have been killed by Kenyan police enforcing curfew or lockdown orders, according to Missing Voices, a website documenting police killings run by a coalition of rights groups including Amnesty's Kenya chapter. Police did not immediately respond to a request for comment.

President Uhuru Kenyatta apologized for the violence in a televised speech last week.

"Maybe in the initial stages there were some challenges," he said. "I want to apologize to all Kenyans maybe for some excesses that were conducted."