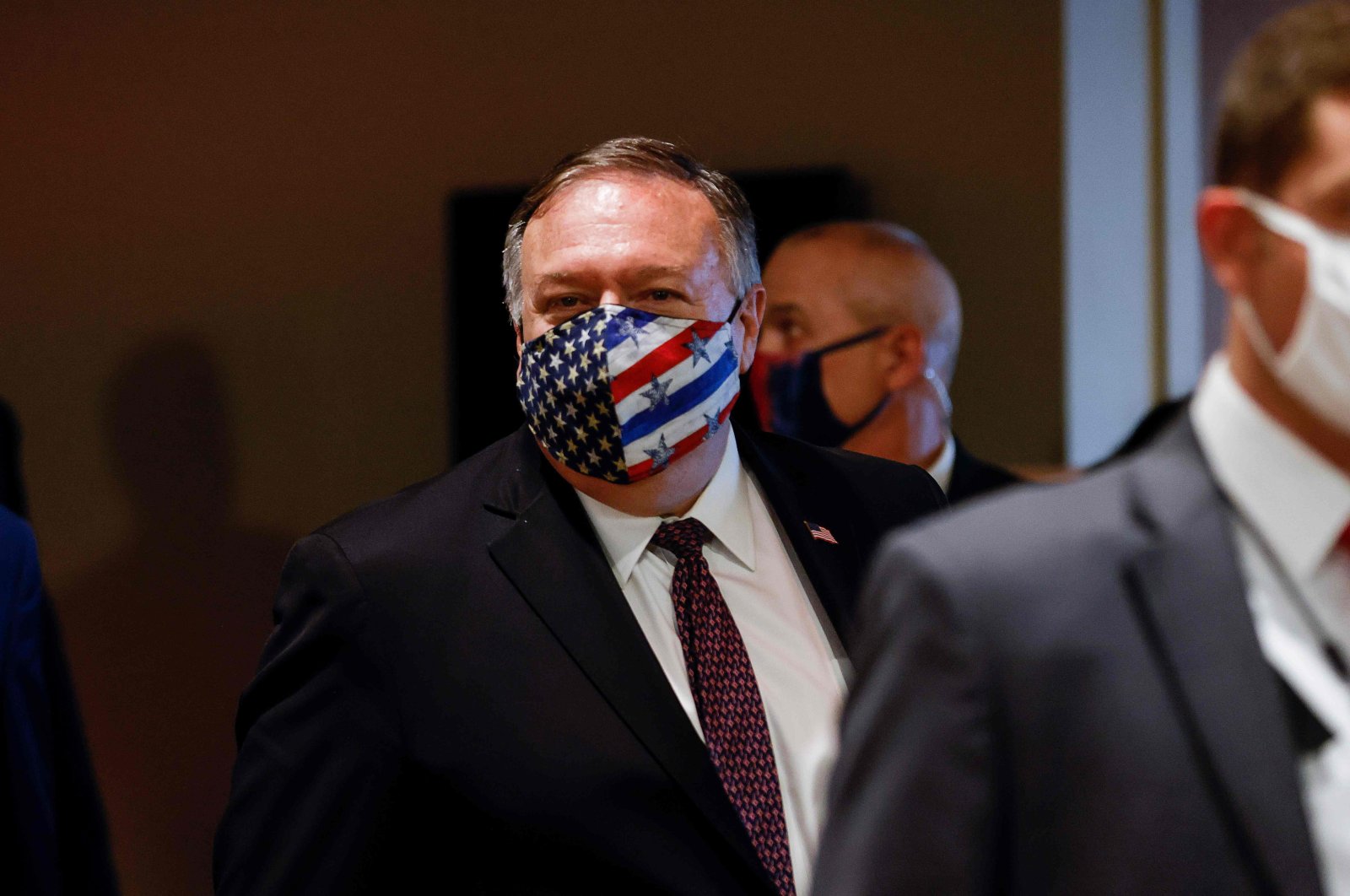 U.S. Secretary of State Mike Pompeo arrived in Sudan from Israel Tuesday, on what he said was the "first official nonstop flight" between the two countries, as the U.S. pushes for “deepening the Sudan-Israel relationship.”

His visit is part of a regional tour following an accord between Israel and the United Arab Emirates (UAE) this month to forge full relations and comes as Israel and the U.S. push more Arab countries to follow.

"Happy to announce that we are on the FIRST official NONSTOP flight from Israel to Sudan!" Pompeo said on Twitter.

Pompeo met Sudan's Prime Minister Abdalla Hamdok and the head of its ruling council during a brief stopover in Khartoum to discuss U.S. support for the civilian-led government and for promoting stronger Sudan-Israel ties, according to the State Department.

Hamdok later described his meeting with Pompeo as "great" and tweeted in English that they had a "direct & transparent conversation" about removing Sudan from the U.S. terror list, bilateral relations and the U.S. government's support for the civilian-led transitional government in Sudan

"I continue to look forward to positive, tangible steps in supporting the glorious Sudanese revolution,” Hamdok tweeted, without mentioning normalization with Israel.

The prime minister urged the Trump administration not to link the removal of Sudan’s name from its list of state sponsors of terrorism to the normalization of times with Israel, said Information Minister Fasial Saleh.

"The transitional government does not have the mandate... to decide on normalization with Israel. This matter will be decided after the completion of the transitional authority,” said Saleh. He was referring to the legislative body which has yet to be formed.

The sovereign council said Pompeo also met with ruling council head Gen. Abdel Fattah al-Burhan but did not give details. A Sudanese military official said their talks focused on "the next step toward normalization and incentives that Sudan will gain."

Sudan has been restoring its own ties with the United States following the ouster of former leader Omar al-Bashir in April 2019 and is pushing to be removed from the list of countries that Washington considers state sponsors of terrorism.

The transitional authorities are desperate to lift sanctions linked to their listing by the U.S. as a state sponsor of terror. That would be a key step toward ending its isolation and rebuilding its battered economy that has plunged in recent months, threatening to destabilize the political transition.

Asked if Pompeo would announce a breakthrough in Sudan like the normalization of ties with Israel or removal of U.S. sanctions, a U.S. official onboard Pompeo's flight said: "It's possible that more history will be made."

The official said Sudan had offered the direct flight, dropping the requirement "that such a flight make a cosmetic stop en route."

Ties with Israel are a sensitive issue in Sudan, which was among the hardline foes of Israel under al-Bashir.

In February, al-Burhan met Israeli Prime Minister Benjamin Netanyahu in Uganda but cast doubt on any rapid normalization of relations. At the time of the Burhan-Netanyahu meeting, the Sudanese military said the talks with Israel were an effort to help end Sudan’s status as an international pariah state.

Sudan announced on Aug. 19 it had sacked its foreign ministry spokesman after he called the UAE decision to become the third Arab country to normalize relations with Israel "a brave and bold step."