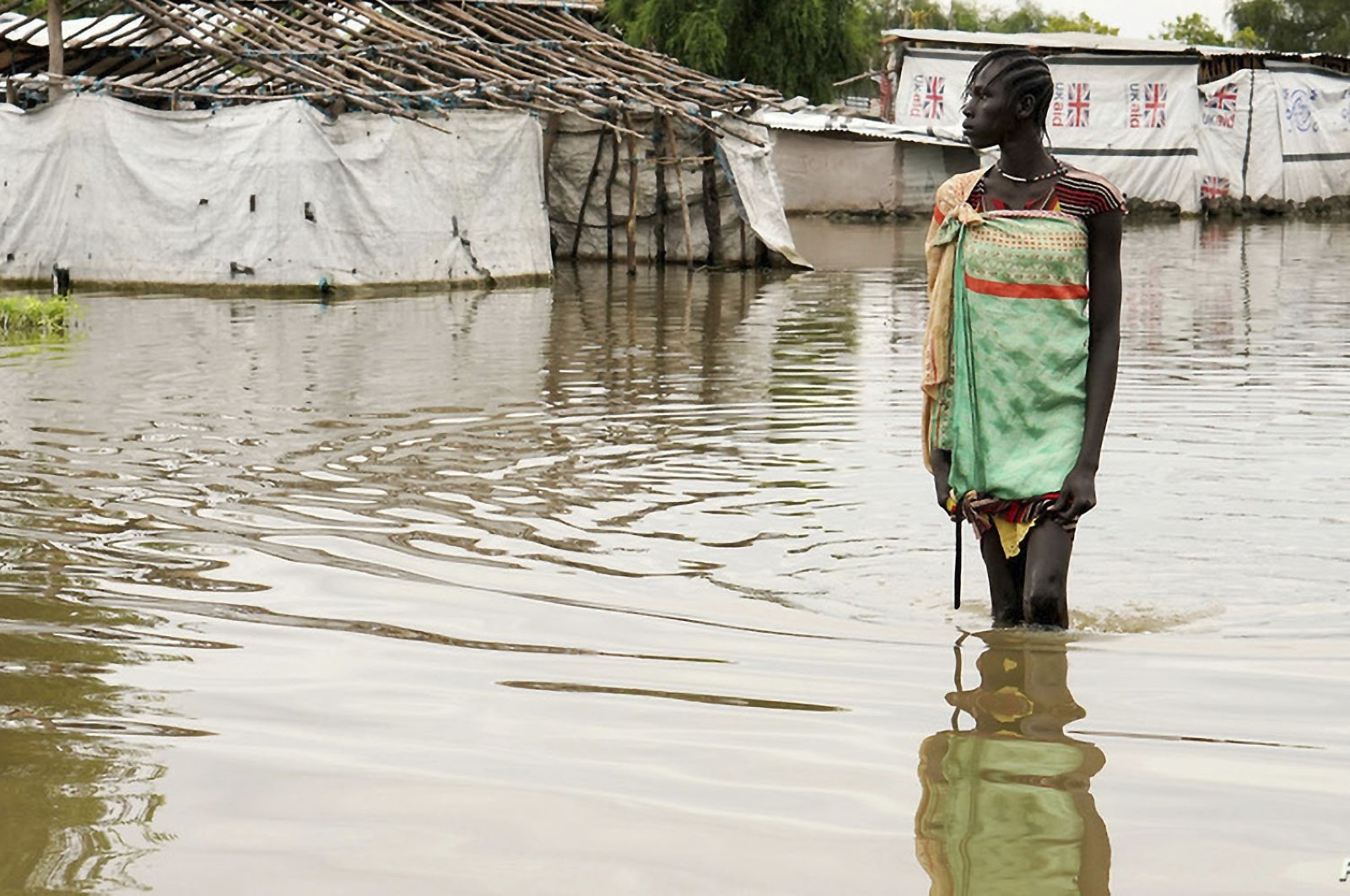 A girl walks in water after heavy rains and floods forced hundreds of thousands of people to leave their homes, in the town of Pibor, Boma state, South Sudan, Nov. 6, 2019. (Reuters Photo)
by Anadolu Agency Dec 17, 2020 11:05 am
RECOMMENDED

Child marriages in the landlocked East-Central African country of South Sudan have dramatically increased as poverty-stricken families trading their daughters for livestock fuel the practice.

The custom has risen to such levels that regional administrative chiefs have asked the government in capital Juba to enact a strict law to ban the practice.

Speaking to Anadolu Agency (AA), James Konyi Korok, chief of Pibor Administrative Area said the situation was alarming but they were helpless to end the practice. He said the parents are marrying off their underage daughters due to poverty.

"We want the NGOs (nongovernmental organizations) dealing in human rights issues and the government to come forward and make comprehensive laws to enable the communities to stop child marriage. Without laws you cannot end this practice," he said.

"Without a proper law, a chief cannot stop the practice. If you intervene it means inviting trouble," he added.

Korok revealed that parents traded their daughters for 60 cows, and if the boy elopes with a girl, then his family has to pay 80-100 cows.

However, he admitted that education has played a part and even though child marriage has reduced in some communities, it is still rampant in many other areas.

"The school policy is telling us that let children be educated and that has played a role, creating community awareness. Some people have already accepted ending child marriage but others are still practicing it," he said.

He added that the insecurity compounded with flooding is making it difficult for the chiefs to move from village to village to inspect and put an end to the practice.

James Kiir Wal, chief of central Malakal, however, said the practice of elderly people marrying young girls has stopped to a large extent. But it is still rampant among youth, who are out to seek underage girls.

"Child marriages have reduced among the elderly. But it is a common practice among youth. The COVID-19 outbreak has also exacerbated the practice," Wal said.

Jame David Kolok, executive director of Foundation of Democracy and Accountable Governance, said child marriage is a very serious issue and was taking place under the government's nose.

"It is not just a question of sensitization, it is a question of diversifying livelihoods so that these communities can identify the other option of raising resources," he said.

In South Sudan, 52% of all girls are married before they reach 18 and around one-third of all girls become pregnant before turning 15, depriving them of their basic rights.

South Sudan is among the countries with deeply entrenched cultural practices and social evils linked to gender.

Action plan to end practice by 2023

Gender, Child and Social Welfare Minister Ayaa Benjamin Warille called for devising more strategies to end child marriages. She said the government is committed to ending this social evil by 2030.

Urging communities to develop their plans to end this practice, Warille noted that 50% of the women in the country are married before they turn 18.

The government has prioritized child protection, promoting gender equality and women empowerment according to the 2011 Transitional Constitution and 2008 Child Act in a bid to end child marriage practice.