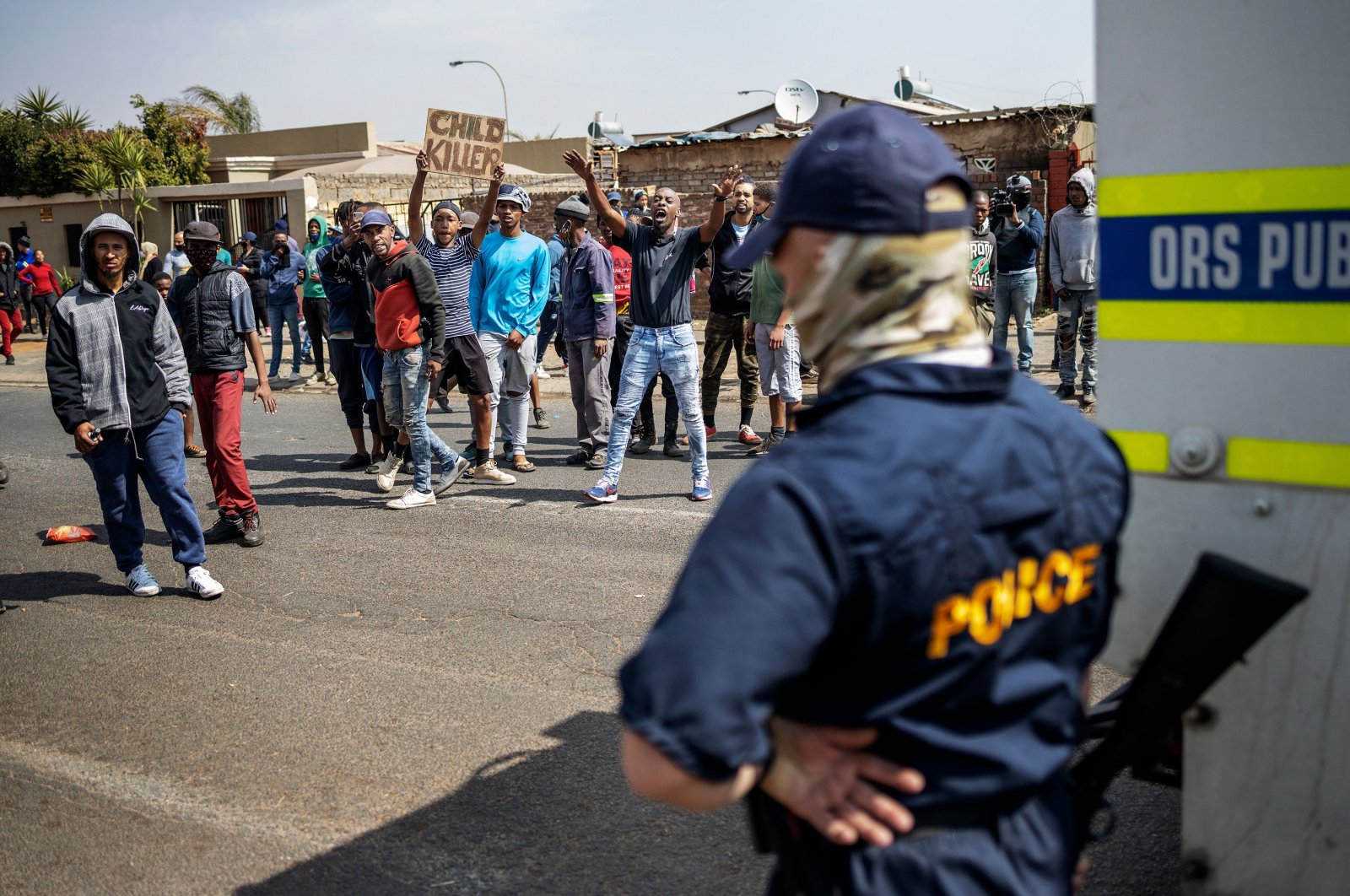 Violent protests broke out in a Johannesburg suburb on Thursday following the gunning down of a disabled teenage boy, allegedly by South African police on patrol.

Residents burnt tires and hurled rocks at the police, setting up barricades along the streets and damaging a local police station.

The protests were sparked by the death of a 16-year-old boy killed the previous night.

Petunia Julius, sister to the slain teen named as Nathaniel Julius, told local television Newzroom Afrika that police opened fire after her brother failed to respond to questions due to his disability.

"Last night at 8:30 (1830 GMT) my brother was shot," she said adding he went to buy biscuits and then proceeded to play with other children.

Police on patrol approached the group of children.

"They called my brother outside and they asked my brother questions but he could not answer because he is disabled and they knocked him down with one shot," the sister said. "They never gave a warning shot."

She said her brother died later in hospital.

"My family is very hurt and broken just because my brother could not speak a word because he is disabled."

Police spokeswoman Brig. Mathapelo Peters said in a brief statement that officers had been deployed to Eldorado Park "following violent attacks by residents who are allegedly accusing police of having shot and killed a 16-year-old boy on Wednesday evening."

The national police watchdog is investigating the killing.