Russia to set up naval base, logistics hub in Sudan, order from Putin says 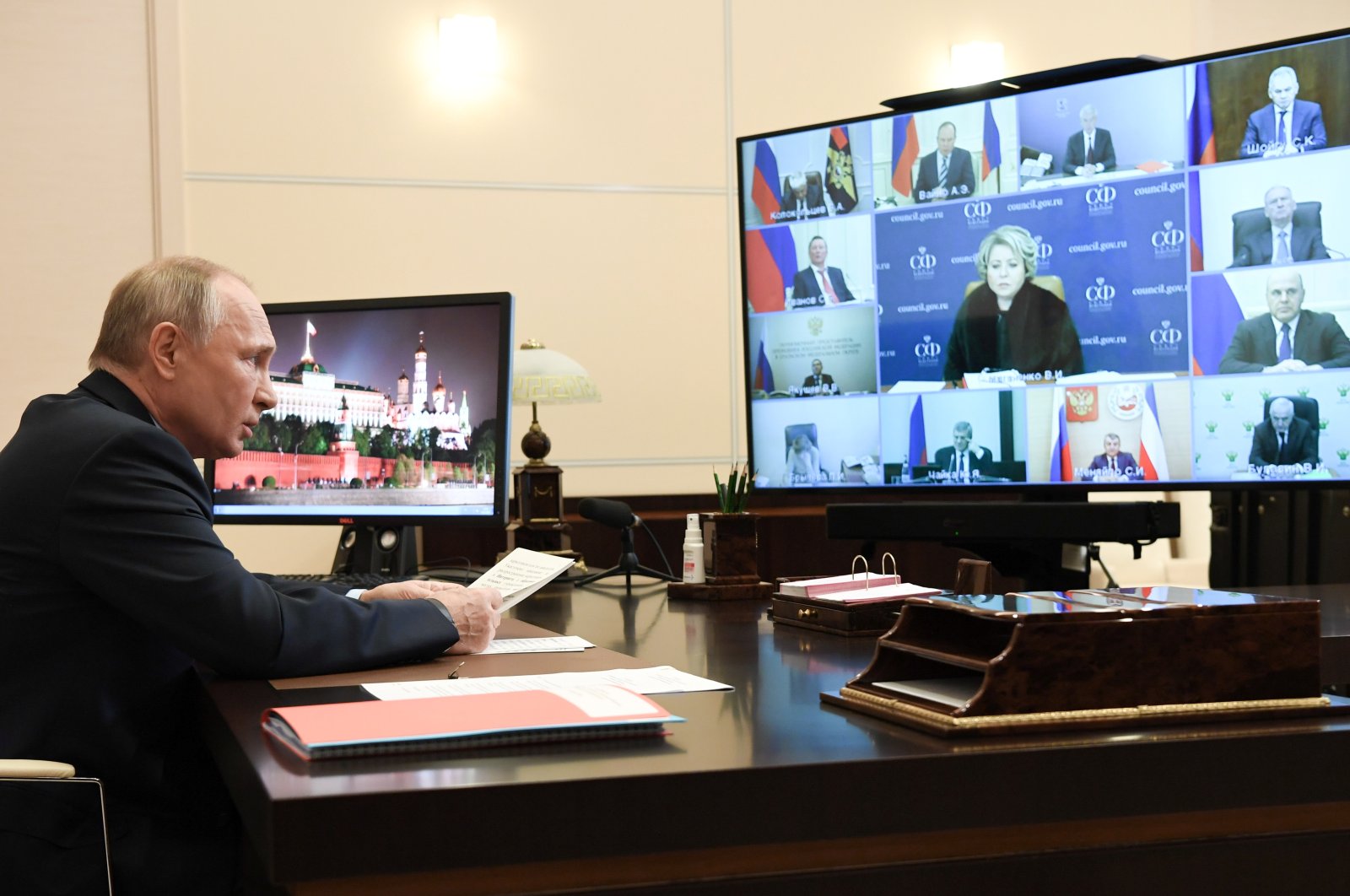 Russian President Vladimir Putin attends a meeting with members of the Security Council via a video link at the Novo-Ogaryovo state residence outside Moscow, Russia on Nov. 16, 2020. (Sputnik / Aleksey Nikolskyi / Kremlin via Reuters)
by Daily Sabah with Reuters Nov 16, 2020 8:35 pm

Russian President Vladimir Putin has called for his Defense Ministry to conclude an agreement with Sudan on setting up a Russian naval facility in the African country, TASS news agency reported on Monday, citing an order.

Moscow plans to create a logistics hub for its navy in Sudan, which will accommodate up to 300 troops and staff.

During his visit to Russia last November, now-ousted former Sudanese President Omar Al-Bashir asked Putin to protect his country from the threats of the United States.

Bashir also called on Russia to develop the Sudanese army and build a military base on the Red Sea.

Russia also has a naval base in Syria's Tartus.