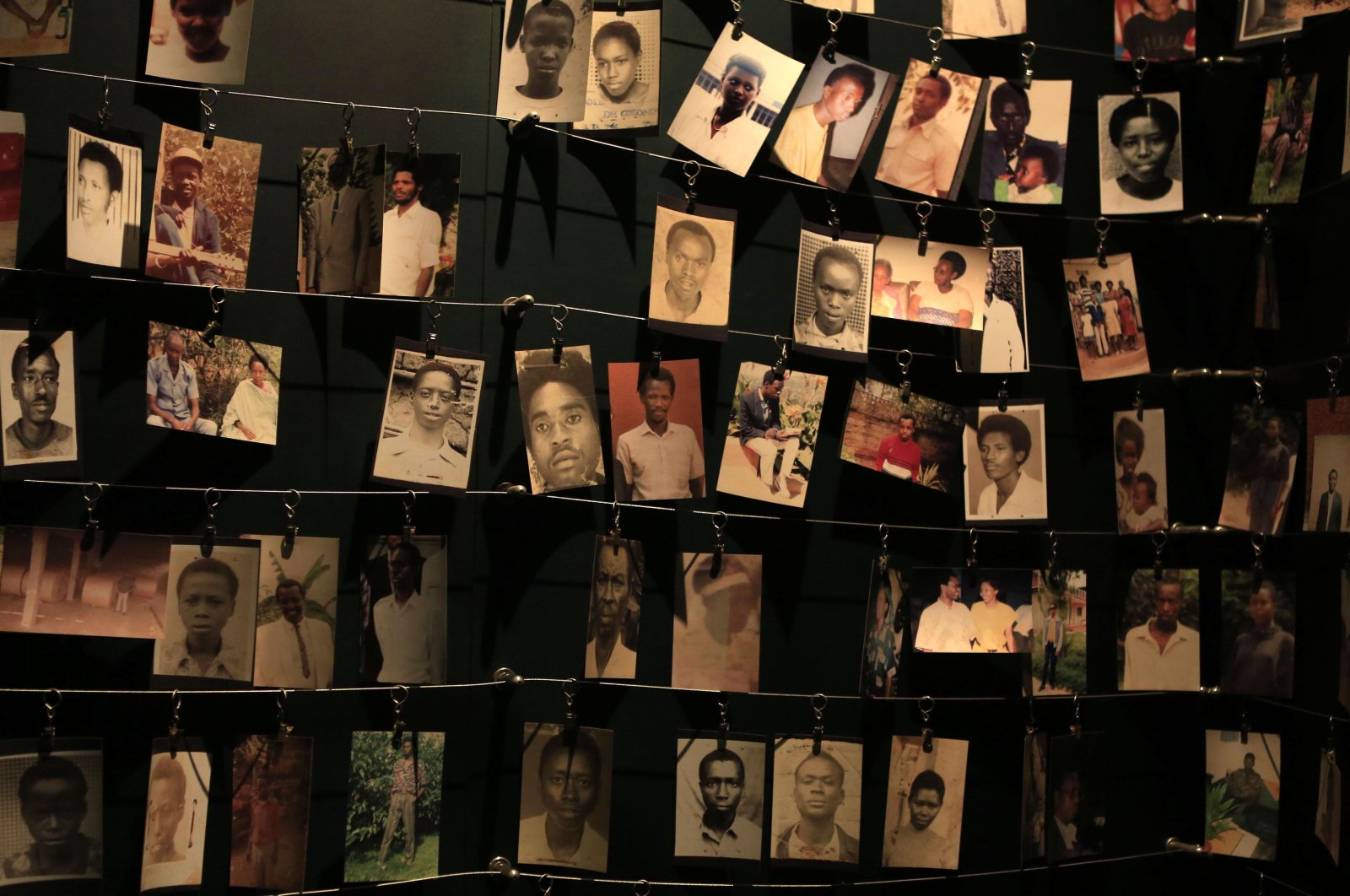 Photographs of people who were killed during the 1994 genocide are seen inside the Kigali genocide memorial, Kigali, Apr. 5, 2014. (REUTERS Photo)
by Compiled from Wire Services Apr 07, 2020 1:10 pm
RECOMMENDED

For Augustine Ngabonziza, a survivor of Rwanda’s genocide, it’s difficult not to wonder whether God has become more distant these days. How else can one explain why a country that always comes together for the anniversary of the killings is now confined at home?

Every year on April 7, the 49-year-old Ngabonziza and friends visit a memorial site in the capital, Kigali, where they lay a wreath for the more than 800,000 genocide victims, including his family members, and pray for the dead.

But on Tuesday, 26 years after the genocide, they could not go. The East African nation is under a national lockdown because of the coronavirus and has deployed police and military to make sure people stay indoors. “It’s terrible not to be able to honor the dead,” Ngabonziza told The Associated Press. “We have gone through difficulties, but this is horrifying.”

The government banned the annual Walk to Remember and a night vigil at the national stadium, among the most significant events to mark the genocide. The national commission for the fight against genocide said even group visits to genocide memorials have been suspended.

Instead, Rwandans followed commemoration events on television or social media as President Paul Kagame lit the flame of remembrance and addressed the nation. “These unusual circumstances will not prevent us from fulfilling our obligation to commemorate those we lost and console survivors,” he said. “The only change is the way we commemorate.”

The 100 days of slaughter began on April 6, 1994, after President Juvenal Habyarimana and his counterpart Cyprien Ntaryamira of Burundi – both Hutus – were killed when their plane was shot down over the Rwandan capital. The attackers have never been identified. The attack mobilized Hutu government soldiers and allied extremist militia, who orchestrated the genocide to exterminate the Tutsi minority.

In villages across the densely populated country, a neighbor turned on neighbor as men, women and children were hacked to death, burned alive, clubbed and shot. As many as 10,000 people were killed daily. Almost 70% of the minority Tutsi population was wiped out, and over 10% of the total Rwandan population. The fighting ended in July 1994 when the Rwandan Patriotic Front (RPF), a Tutsi-led rebel movement led by Kagame, swept in from Uganda and seized control of the country.

Rwanda has 105 confirmed coronavirus cases. Last week the government extended the lockdown by two weeks. The government has been distributing food to the poor to help them stay home. This week the Cabinet announced that some senior officials would forgo their April salary to help fund support for vulnerable Rwandans. And the country last week secured $109 million in emergency support from the International Monetary Fund.