Several dead in clashes between police, protesters in Guinea amid post-election violence 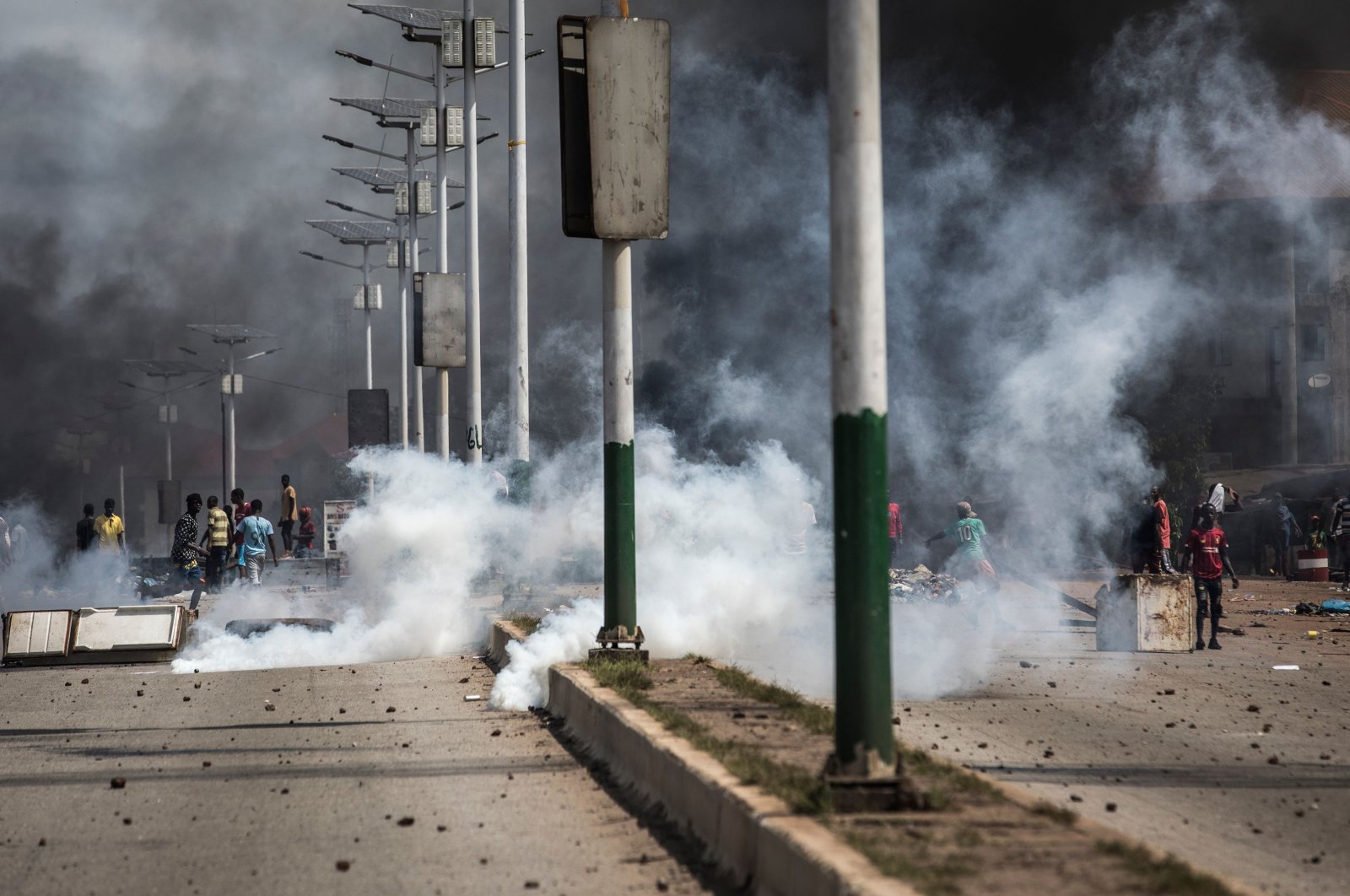 Protesters gesture and throw stones in a cloud of tear gas during a mass protest the morning after preliminary results were released for five communes in Conakry, Guinea, Oct. 21, 2020. (AFP Photo)
by Anadolu Agency Oct 22, 2020 11:27 am
RECOMMENDED

Several people including a police officer have been killed in clashes between police and protesters following the announcement of the provisional results of Guinea's presidential poll, local media reported Thursday.

Mamadou Camara, a police spokesperson, said an officer was killed by demonstrators in the capital Conakry.

"He was hit with a stone on the head and knocked out by the demonstrators,” he said.

At least three people were shot dead in Conakry's T8 neighborhood and two more in the capital's Wanindara area, while several others suffered bullet wounds according to the local website africaguinee.com.

In a statement, the government said the violence was triggered by "the proclamation of the alleged victory” of the leader of the Union of Democratic Forces of Guinea (UFDG) Cellou Dalein Diallo on Monday night.

The government offered condolences to the families of the victims and urged all citizens and political parties to show "calm and restraint."

Diallo's claim of victory in Sunday's presidential election was immediately shot down by the government. The opposition candidate has denounced the ongoing violence after security forces stormed the UFGG's office on Wednesday.

"No one can commit such illegal and violent acts against the UFDG headquarters without being ordered to do so by Alpha Conde,” he said in a video posted on Twitter.

He said the attack was aimed at destroying evidence of electoral fraud.

"Last I heard they were destroying everything inside the building. No one can do this unless it is under the instruction of Alpha Conde,” said Diallo.

On the eve of the election, U.N. chief Antonio Guterres called on "all national stakeholders to ensure that the polls are conducted in an inclusive and peaceful manner.”

He also called on security forces to act responsibly with utmost restraint and urged political leaders and their parties to resolve any disputes that may arise through legal means.