South African woman's 'miracle birth' of 10 babies may be hoax 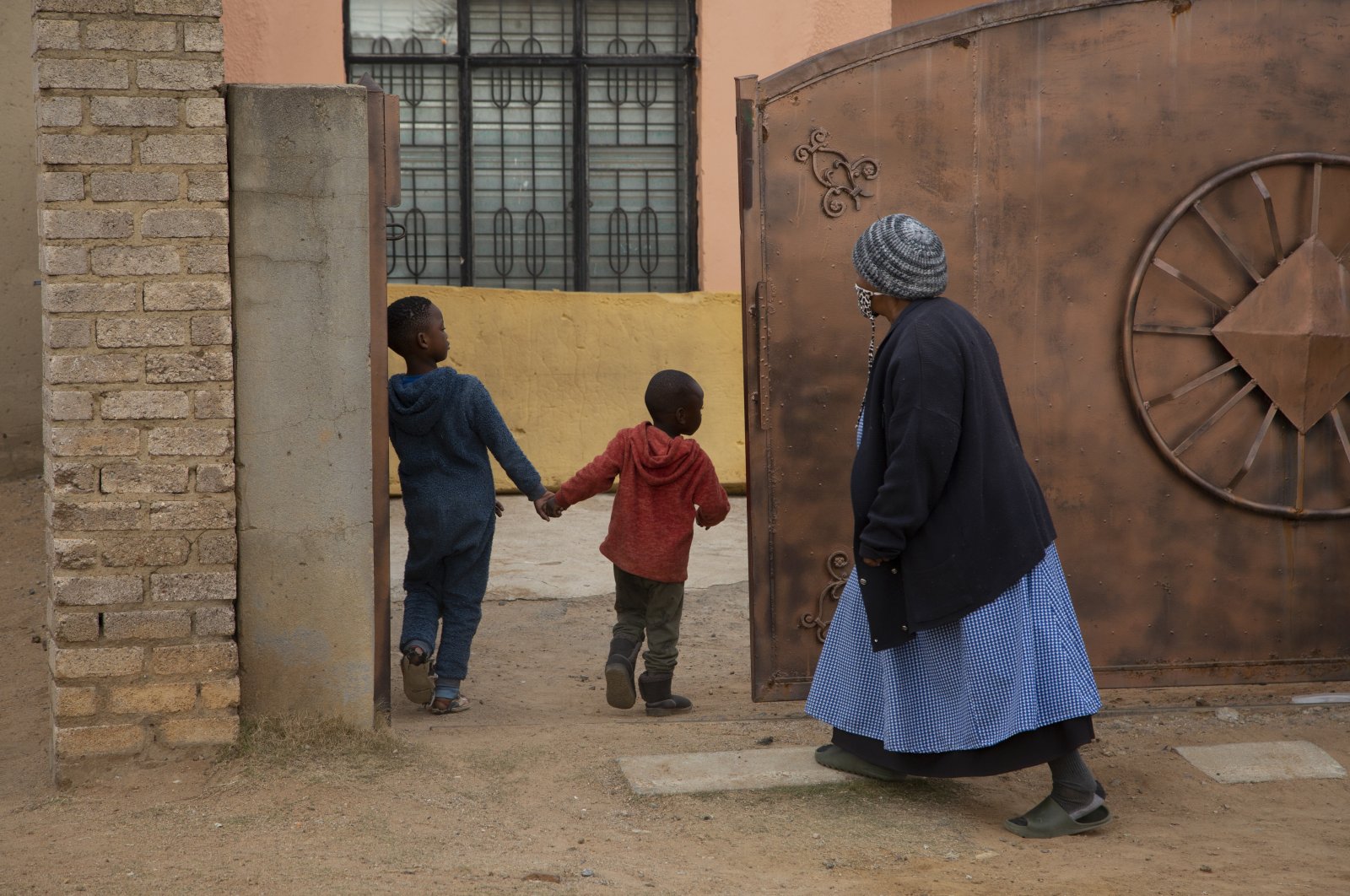 An elderly woman and children enter the property of the home of Gosiame Thamara Sithole in Tembisa, near Johannesburg, South Africa, June 10, 2021. (AP Photo)
by Anadolu Agency Jun 16, 2021 11:44 am
RECOMMENDED

The family of a South African man whose girlfriend reportedly gave birth to 10 babies last week concluded in a statement released Tuesday that they do not exist until proven otherwise.

Last week, local media reported that Gosiame Sithole, 37, had delivered 10 babies – seven boys and three girls – by caesarean section at an undisclosed hospital in the capital Pretoria. But the family of Tebogo Tsotetsi, the "father,” said in a statement he had confirmed to them that he has not seen the babies and had relied on his girlfriend, who called to inform him of their birth.

The statement further claims that Tsotetsi had made several attempts to visit Sithole and the babies at the hospital, but she did disclose her whereabouts to him or inform him of the condition of the babies. Sithole's "miracle birth” was believed to have set a new Guinness World record after news of a Malian woman giving birth to nonuplets in Morocco last month excited the world.

"In our cultural beliefs, babies and pregnancies are very fragile things. We usually don't like focusing (on) and disclosing such things, especially now that these babies are premature and still in incubators,” Mathapelo told local broadcaster Enca at the time, when the news anchor asked her when the world would get to see the babies.

Tebogo told the Independent Media consortium last Wednesday that he had cried and walked around his house alone when he heard the news of the 10 babies being born. He also said he was grateful that God had chosen him to be the father of the babies, especially in a trying time amid the global coronavirus pandemic.

The family concluded that the current uncertainties and public discourse about the decuplets is of major concern to them, especially in the absence of any proof of their existence other than text and WhatsApp messages from the mother.

"The family has resolved and concluded that there are no decuplets born between Tebogo Tsotetsi and Gosiame Sithole, until proven otherwise,” it said. It also apologized for any inconvenience and embarrassment caused.