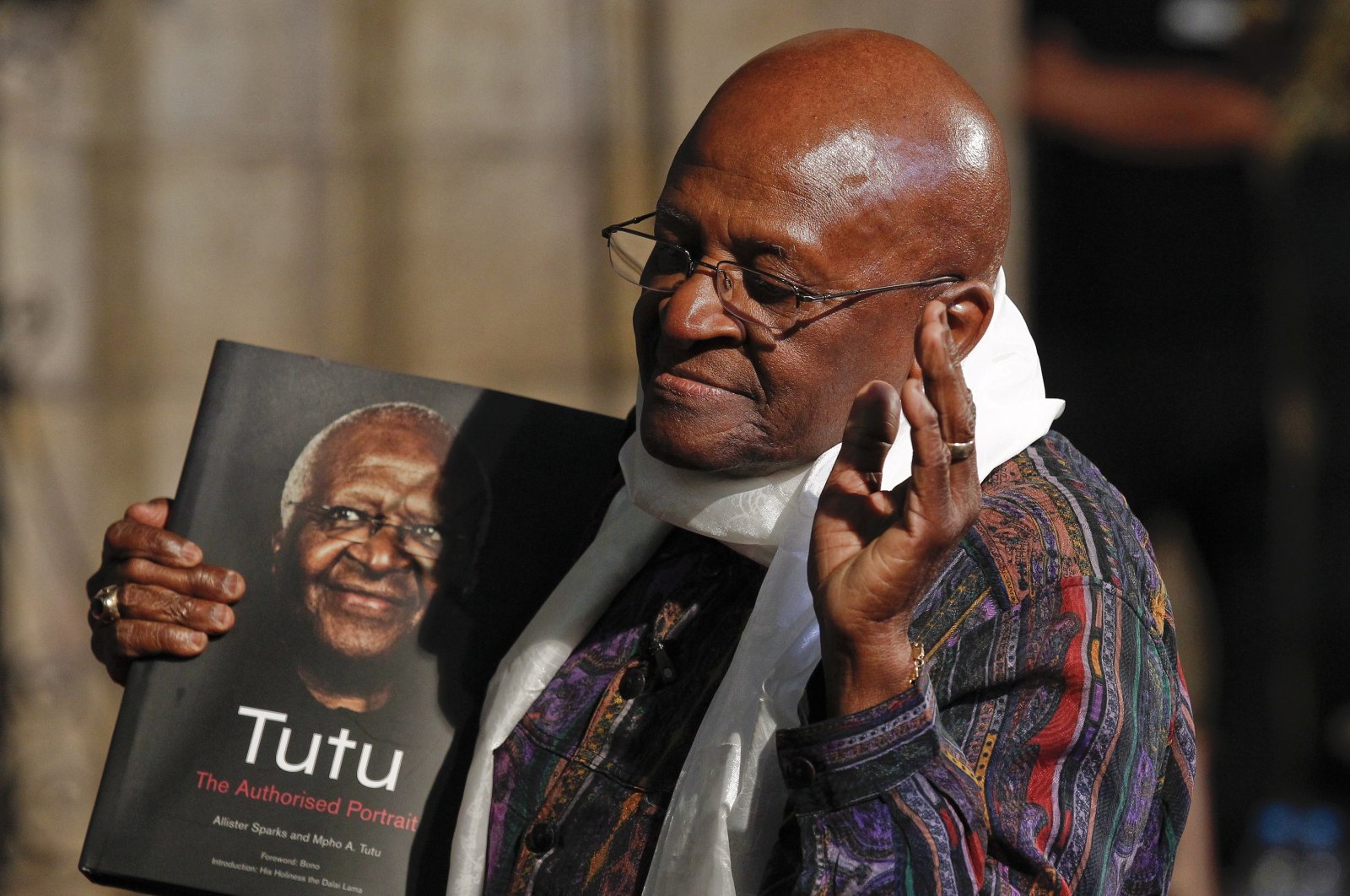 Former South African Archbishop Desmond Tutu poses with a copy of the book 'Tutu: The Authorised Portrait' during an event for the book launch in Cape Town, South Africa, Oct. 6, 2011. (EPA Photo)
by Reuters Dec 26, 2021 10:40 am
RECOMMENDED

Tutu was diagnosed with prostate cancer in the late 1990s and in recent years he was hospitalized on several occasions to treat infections associated with his cancer treatment.

"Ultimately, at the age of 90, he died peacefully at the Oasis Frail Care Centre in Cape Town this morning," Dr. Ramphela Mamphele, acting chairperson of the Archbishop Desmond Tutu IP Trust and Co-ordinator of the Office of the Archbishop, said in a statement on behalf of the Tutu family.

The outspoken Tutu was considered the nation's conscience by both black and white, an enduring testament to his faith and spirit of reconciliation in a divided nation.

He preached against the tyranny of white minority and even after its end. He never wavered in his fight for a fairer South Africa, calling the black political elite to account with as much feistiness as he had the white Afrikaners.

In his final years, he regretted that his dream of a "Rainbow Nation" had not yet come true.

On the global stage, the human rights activist spoke out across a range of topics, from Israel's occupation of the Palestinian territories to gay rights, climate change and assisted death – issues that cemented Tutu's broad appeal.

"The passing of Archbishop Emeritus Desmond Tutu is another chapter of bereavement in our nation’s farewell to a generation of outstanding South Africans who have bequeathed us a liberated South Africa," said President Cyril Ramaphosa.

Talking and traveling tirelessly throughout the 1980s, Tutu became the face of the anti-apartheid movement abroad while many of the leaders of the rebel African National Congress (ANC), such as Nelson Mandela, were behind bars.

"Our land is burning and bleeding and so I call on the international community to apply punitive sanctions against this government," he said in 1986.

Even as governments ignored the call, he helped rouse grassroots campaigns around the world that fought for an end to apartheid through economic and cultural boycotts.