Spain reopens its embassy in Libya 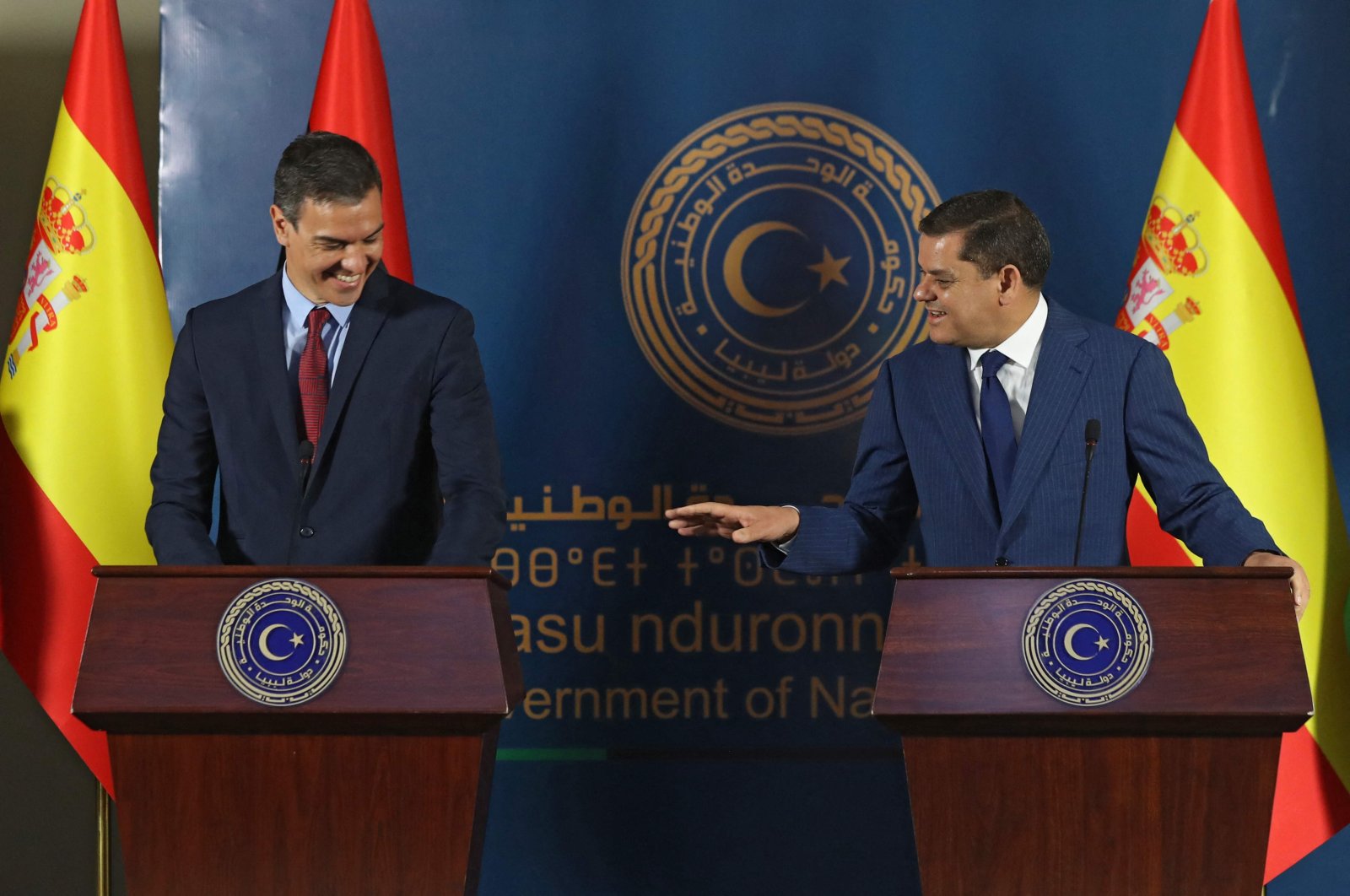 Spanish Prime Minister Pedro Sanchez reopened his country's embassy in Libya on Thursday after it was closed for seven years because of civil war.

Sanchez met with his Libyan counterpart, Abdul Hamid Dbeibah, at the prime minister's residence in Tripoli where the pair held a news conference after inter-delegation meetings.

The Spanish premier said his country supports stabilization and reconciliation efforts in Libya.

Sanchez announced that Spain has started consular services to issue Schengen visas to Libyans to contribute to increasing cooperation and strengthening relations between the two countries.

He said that he was accompanied by a group of Spanish businesspeople who were keen on working in health, reconstruction, infrastructure, renewable energy, agriculture and livestock in Libya.

Sanchez also noted that the international community supports the election in Libya, which is slated for Dec. 24 of this year.

Dbeibah said ways to develop relations between the two countries in a manner that would serve common interests were discussed in his meeting with Sanchez.

Dbeibah also welcomed the reopening of the embassy and the effort to take relations to the highest level after many years.

"We think that this step is an indication of how Spain is serious about improving bilateral relations," he said. "We are looking forward to more positive steps and resumption of air traffic between the two countries and the easing of issuing visas for Libyans."

Dbeibah said that during the meeting with the Spanish delegation, they agreed to reactivate the Libya-Spain Joint Commission to evaluate all previously signed agreements between the two countries and to determine the possible ones. The commission has been idle since 2008.

Libya has recently witnessed positive developments following a breakthrough in which rival parties agreed on Feb. 5 on a unified new executive authority that will govern in the lead-up to national elections.

Libyans hope the new government will end years of civil war that have engulfed the country since the ouster and killing of strongman Muammar al-Qaddafi in 2011.