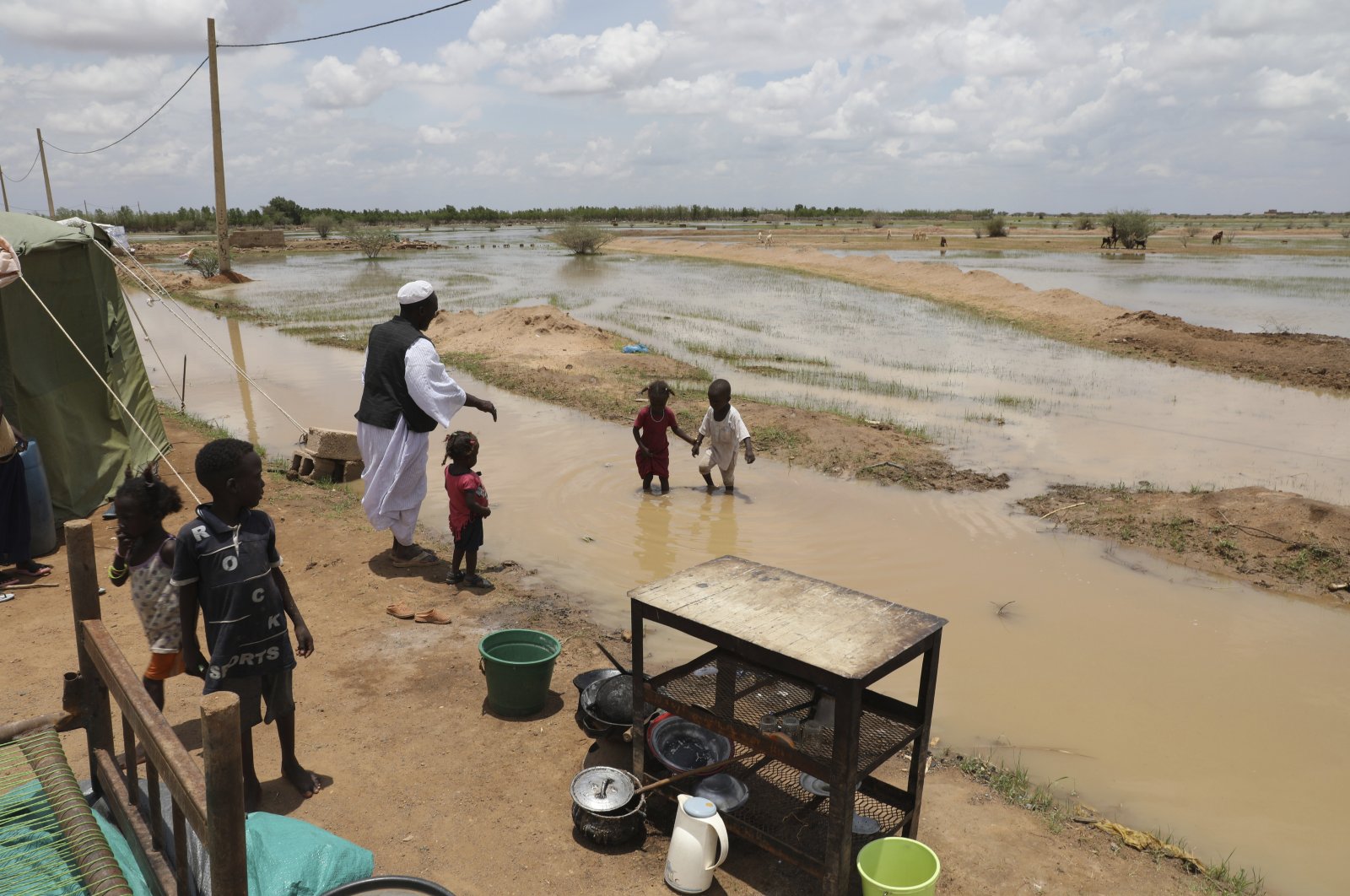 Displaced Sudanese children are seen by their temporary shelters on the side of a road in the town of Osaylat, 60 kilometers southeast of the capital in Khartoum, Sudan, Aug. 7, 2020. (AP Photo)
by Agencies Sep 05, 2020 12:20 pm

A public emergency will be in place for three months in Sudan after the country declared a natural disaster following recent heavy flooding that left 99 dead and destroyed or damaged more than 100,000 homes.

The announcement was made early Saturday by the Labour Ministry after discussions with security and defense officials.

Heavy rainfalls are an annual event in Sudan, as well as in Ethiopia and Uganda, leading to regular flooding. Sudanese officials recently recorded the highest levels for the Nile River since records began.

The rates of floods and rain for this year exceeded the records set during the years 1946 and 1988, with expectations of continued rising indicators, Minister Lena el-Sheikh added.

The council also announced the formation of a supreme committee headed by the ministry of labor and social development to deal with the ramifications of the floods for the fall of 2020.