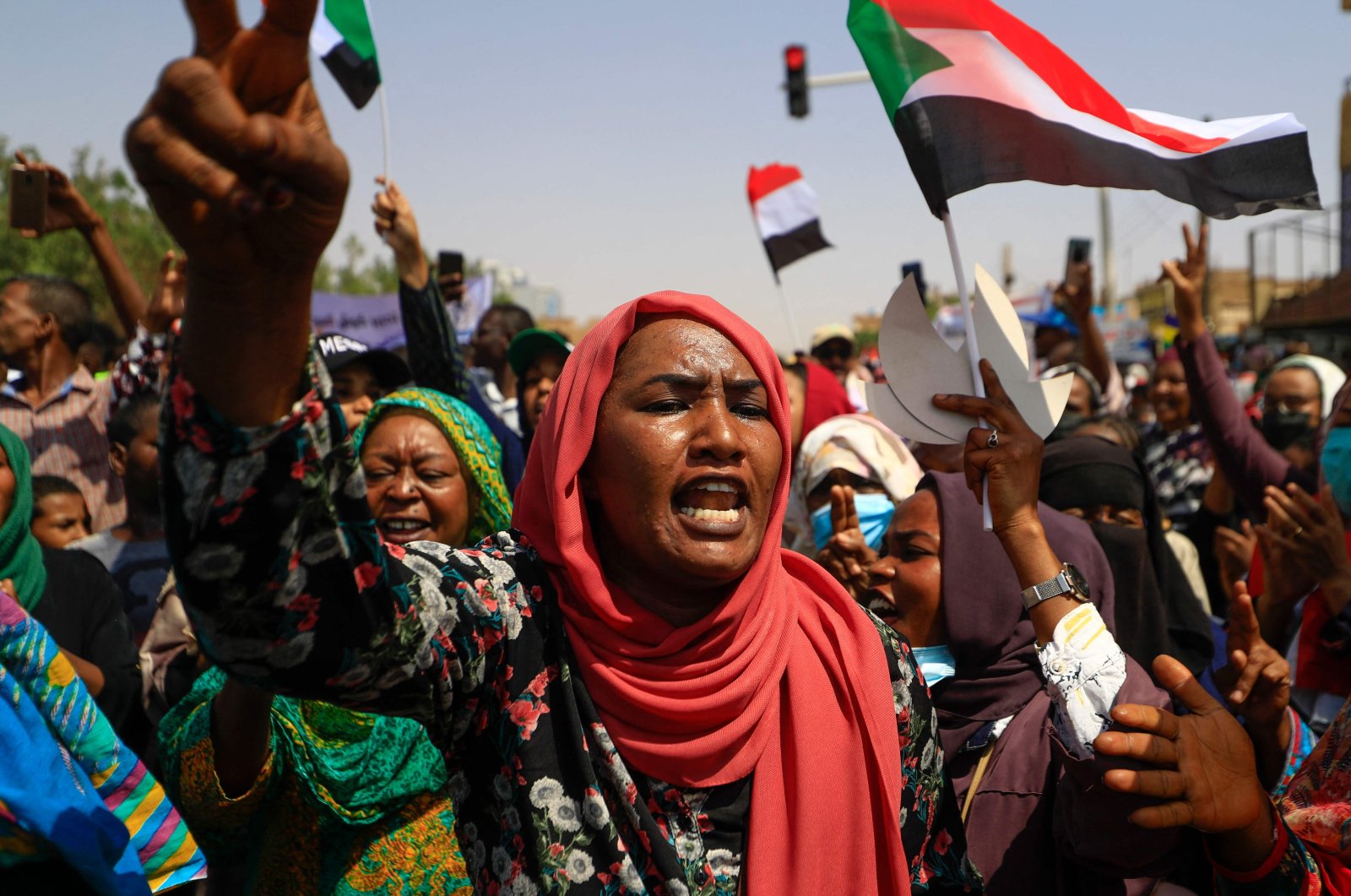 Sudanese Prime Minister Abdalla Hamdok Thursday marked the anniversary of the 1964 revolution, reaffirming the country's commitment to peace and democracy.

Hamdok said on Facebook: "Long live the glorious October memory, inspiring generations and reminding them, generation after generation, of what the martyrs and their revolutionary companions came out for, in every revolution in our country."

On Oct. 21, 1964, a revolution broke out that overthrew the regime of the late Sudanese President Lt. Gen. Ibrahim Abboud.

"Every October, we are more committed to peace, democracy, freedom and justice," he added.

Meanwhile, supporters of Sudan's transitional government took to the streets of the capital Thursday as rival demonstrators kept up a sit-in demanding a return to military rule.

Both sides appealed to their supporters to keep apart and refrain from any violence but there was a heavy police and troop presence around potential flashpoints.

The two sides represent opposing factions of the Forces for Freedom and Change, the civilian umbrella group which spearheaded the nationwide demonstrations that led to the army's overthrow of longtime President Omar al-Bashir in 2019.

The mainstream faction backs the transition to civilian rule, while supporters of the breakaway faction are demanding the military take over.

Hundreds of demonstrators joined the march organized by the mainstream faction, carrying banners reading: "Civilian is the people's choice."

Since Saturday, the pro-military faction has been holding a sit-in outside the presidential palace.

It has drawn support from some of the many Sudanese who have been hit hard by the tough IMF-backed economic reforms implemented by Hamdok, a former United Nations economist.

"We are in the right," said Hamada Abdelrahman who was among the protesters outside the presidential palace. "This government has not offered the Sudanese people anything for two years."

The sit-in's opponents charge that it has been orchestrated by leading figures in the security forces with the support of Bashir sympathizers and other "counterrevolutionaries."

The same groups were blamed for a Sept. 21 coup attempt that was thwarted by the government.

Ahead of Thursday's demonstrations, leaders of the rival factions appealed for calm.

Ali Ammar, a leader of the mainstream FFC, said pro-government demonstrators would stay away from the presidential palace and the Cabinet building, so "there would be no friction with protesters" there.

On Thursday, troops and police sealed off roads leading to the large open space outside army headquarters where tens of thousands of protesters camped out for weeks before and after Bashir's ouster in April 2019.

Hamdok has described the deep divisions over Sudan's transition as "the worst and most dangerous" since Bashir's overthrow.

Since August 2019, the country has been led by a joint civilian-military ruling body, chaired by Gen. Abdel Fattah al-Burhan, which is charged with overseeing the work of Hamdok's government.

The prime minister has made his top priorities addressing the chronic economic woes inherited from the Bashir regime and making peace with the multiple rebel groups that took up arms during its three decades in power.

A sharp improvement in relations with the United States has led to the lifting of economic sanctions giving some help to the economy.

But a package of painful structural reforms, including the slashing of fuel subsidies and a managed float of the Sudanese pound, has proved widely unpopular and has cost Hamdok's government much of its support.

In October last year, the government signed a peace deal with multiple rebel groups in Sudan's far-flung regions with a view to ending the ethnic conflicts that have dogged the country since independence.

The deal was widely hailed as a step forward but its focus on the three battleground regions of Darfur, Blue Nile and South Kordofan left minority communities in other parts of Sudan feeling sidelined.

Resentment has been particularly strong among the Beja people of the Red Sea coast, who have mounted protests across the east since mid-September, including a blockade of the key trade hub of Port Sudan.