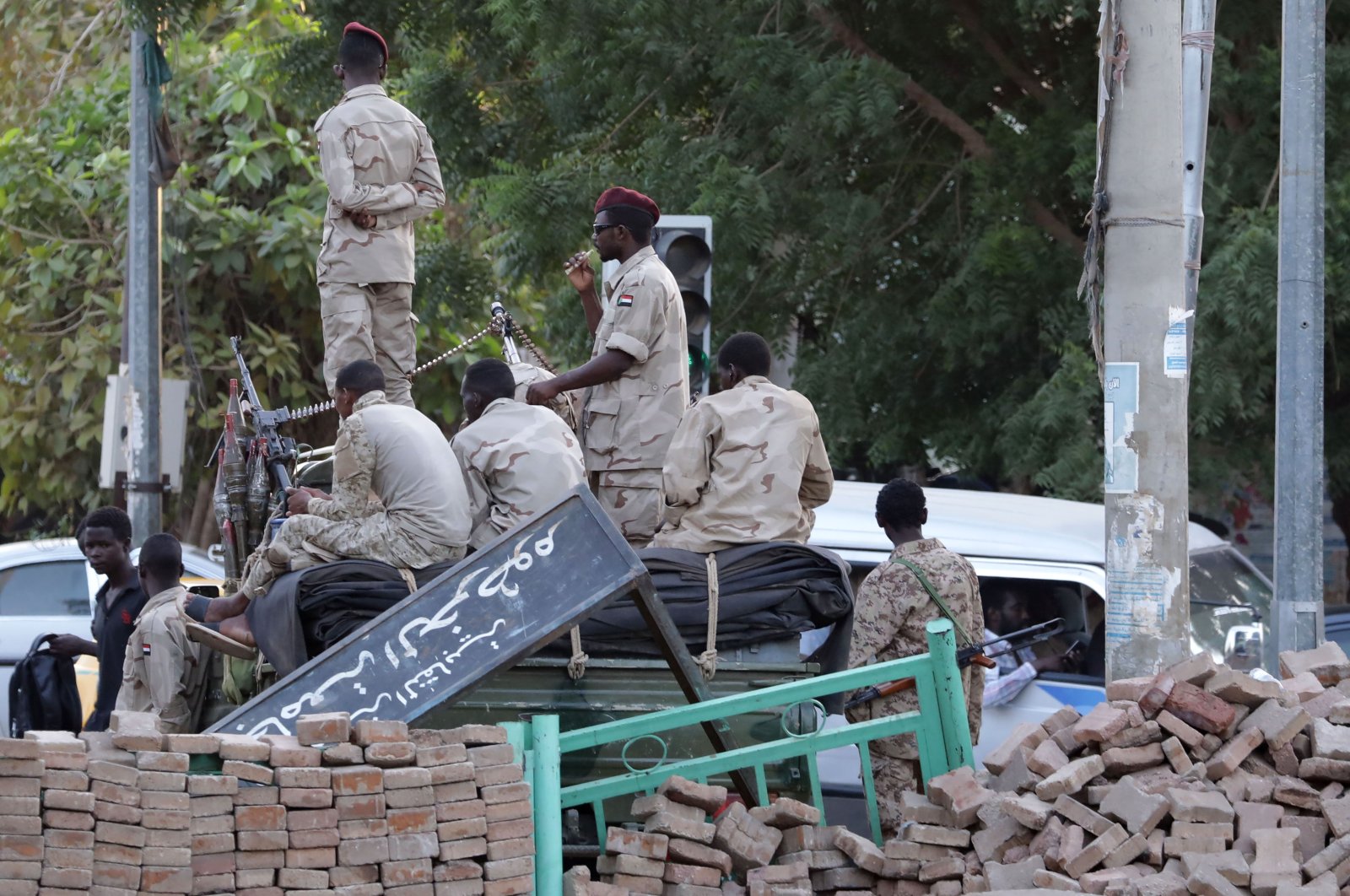 Sudanese soldiers keep watch near one of the entrances leading to the site of a sit-in, near the army headquarters, in Khartoum, Sudan, June 3, 2019. (EPA-EFE Photo)
by DAILY SABAH WITH AGENCIES Sep 21, 2021 9:33 am
RECOMMENDED

Sudanese authorities said they had foiled an attempted coup on Tuesday, accusing loyalists of ousted President Omar al-Bashir of trying to reverse the revolution that removed him from power in 2019 and ushered in a transition to democracy.

In a brief statement on state TV, the army said the situation was under control. The streets of the capital Khartoum appeared calm, with people moving around as usual and no unusual deployments of security forces, a witness said.

A top government source told Agence France-Presse (AFP) the plotters had attempted to take over the state media building but "they failed." Another Sudanese source said that measures have been taken to contain it, according to Reuters. The source, speaking on condition of anonymity, said the coup had involved an attempt to take control of state radio in Omdurman, across the Nile River from the capital Khartoum.

"All is under control. The revolution is victorious,” Sudan's Sovereign Council spokesperson Mohamed al-Faki Suleiman wrote on Facebook, calling on the Sudanese to protect the transition.

A military official said an unspecified number of troops from the armored corps were behind the attempt and that they tried to take over several government institutions but were stopped in their tracks. The official, who spoke on condition of anonymity because he was not authorized to brief the media, told The Associated Press (AP) that many troops, including high-ranking officers, have been arrested.

Sudan has been on a fragile path to democratic rule since the military’s ouster of the country's longtime autocratic ruler al-Bashir in April 2019, following four months of mass protests. The country is now ruled by a joint civilian and military government that faces towering economic and security challenges.

Deep political divisions and chronic economic problems have overshadowed the fragile transition. In recent months, the government has undertaken a series of tough economic reforms to qualify for debt relief from the International Monetary Fund (IMF).

The steps, which included slashing subsidies and a managed float of the Sudanese pound, were seen by many Sudanese as too harsh. Sporadic protests have broken out against the IMF-backed reforms and the rising cost of living.

Mohammed Hassan al-Taishi, a member of the sovereign council, called the attempt a "foolish and bad choice.”

"The option of military coups has left us only a failed and weak country,” he wrote on Twitter. "The path towards democratic transition and securing the country’s political future and unity remains one option.”

Later, in a statement read on state-run TV, Culture and Information Minister Hamza Baloul said security forces had arrested civilian and military leaders involved in the coup attempt, adding that they had been interrogated after the military managed to get the armored corps camp south of Khartoum under control. Baloul, who is also the government spokesperson, said authorities were chasing others "from the remnants” of al-Bashir’s regime who were suspects in the coup attempt. He did not give further details.