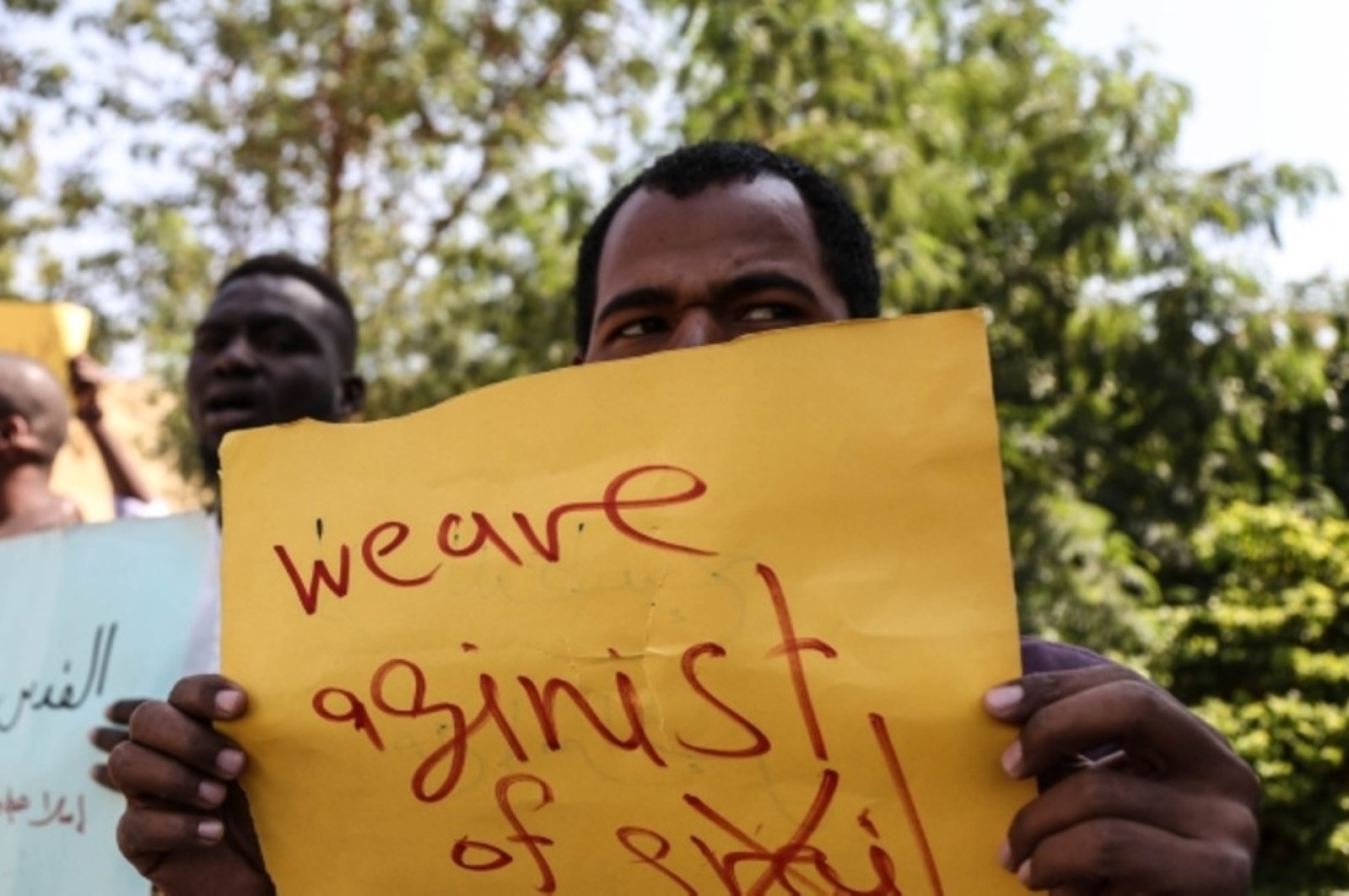 The Sudanese military has lined up as another member of the Arab axis to suggest normalizing ties with Israel after the United Arab Emirates (UAE), while Sudan's transitional government, which shares power with the military, remains divided over its policy toward Tel Aviv.

Despite the Sudanese army's willingness to normalize relations with Israel after Sovereign Council chief Abdel Fattah al-Burhan's meeting with Israeli Prime Minister Benjamin Netanyahu in February in Uganda, the civil transition government seems reluctant to take hasty steps. The secret meeting sparked outrage in the country since the Sudanese people are unhappy with the fundamental change in foreign policy.

Sudanese officials on Tuesday issued contradictory statements on whether the country was in contact with Israel with a view to normalizing relations between the two nations. When asked by Agence France Press (AFP) if there had been direct contact between Sudan and Israel, or whether Khartoum had taken steps to normalize ties with the Jewish state or sign a peace deal, foreign ministry spokesman Haider Badawi responded, "I cannot deny it." Badawi also told Sky News Arabia television Tuesday that "there is no reason for the continuation of hostilities between Sudan and Israel." He was fired a day after those remarks.

Another Sudanese government official told The Associated Press (AP) that deliberations between Sudanese and Israeli officials have been ongoing for months, with help from Egypt, the UAE and the U.S.

Seeking to distance himself from Badawi’s comments, acting Foreign Minister Omar Qamar al-Din said "the question of relations with the Israelis has never been discussed by the Sudanese government."

Israel has normally been at war with Sudan, which supported Egypt during the wars with Israel in the 1960s and 1970s. In the wake of the Six-Day War in 1967, the Arab League summit in Khartoum declared "no" to three points regarding Israel. The three included: no peace with, no recognition of and no negotiations with Israel. It was taboo to talk about establishing any kind of relations with Israel.

In 1993, the U.S. designated Sudan a state sponsor of terrorism in part for its support of a number of anti-Israel groups, including Hamas and Hezbollah.

Under ousted President Omar al-Bashir, Israel saw Sudan as a pipeline for Iran to supply weapons to Palestinians in the Gaza Strip. Israel was believed to have been behind airstrikes in Sudan that destroyed a convoy in 2009 and a weapons factory in 2012.

After the ouster of al-Bashir, the new Sudanese administration seems to be vulnerable to Israel's new Middle East policy, which aims to establish relations with Arab countries in order to gain legitimacy for Israel's illegal borders and occupation of Palestinian lands. It is believed that an Israeli deal with Sudan would mark a new setback for the Palestinians, who have long counted on the Arab world to press Israel to make concessions to them as a condition for normalization. That wall of Arab support had long served as one of the Palestinians’ few points of leverage against Israel.

Arab countries have become increasingly willing to pursue interests that come at the expense of the Palestinians. Palestinian President Mahmoud Abbas said Tuesday that he would reject a similar agreement to the Israeli-UAE deal made by another Arab country. Addressing a Palestine Liberation Organization (PLO) meeting in Ramallah, Abbas said that other Arab countries “are moving in secrecy and in public, saying ‘why not?’ We are totally rejecting that.”