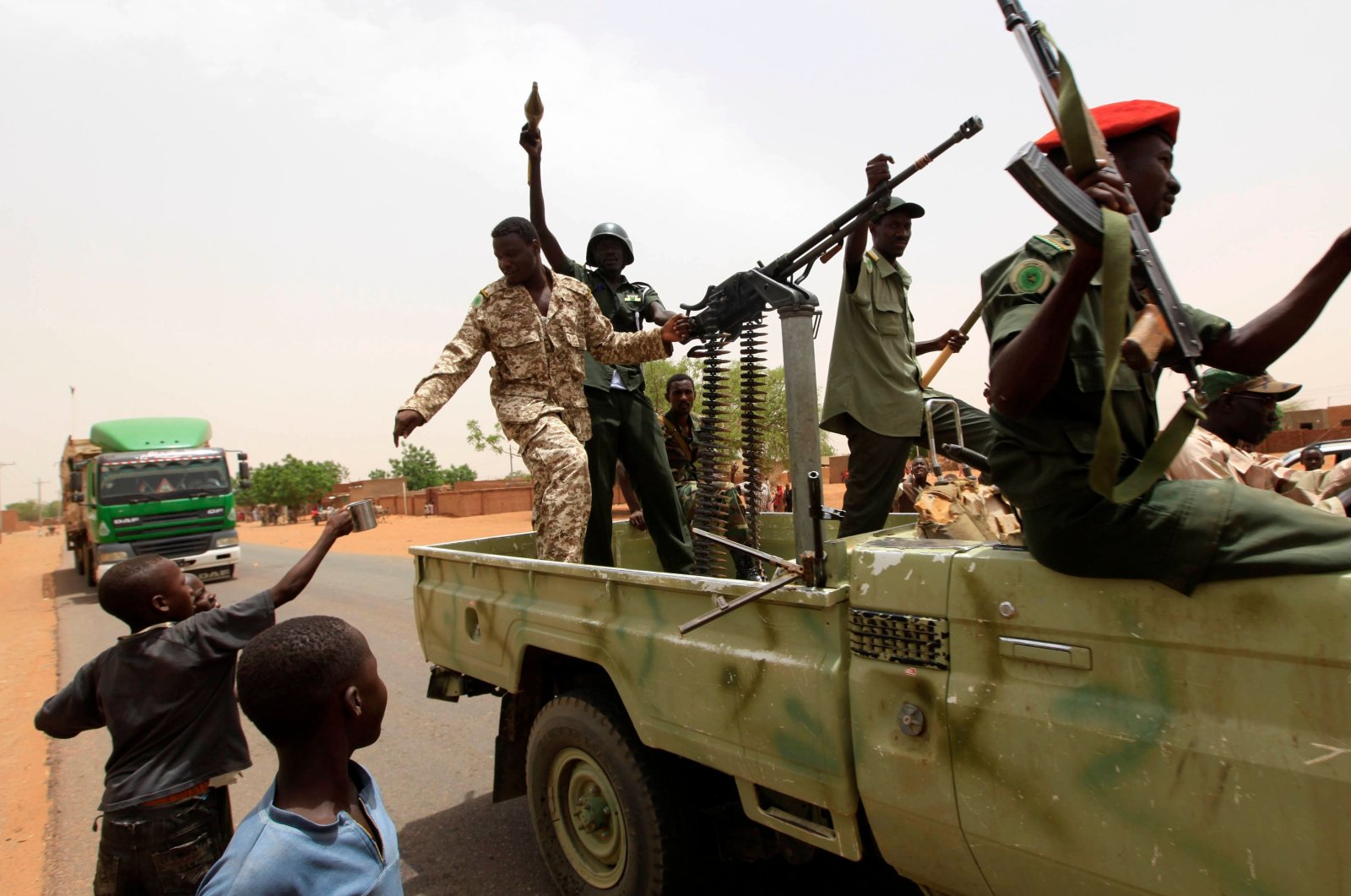 In this file photo, Sudanese forces celebrate after reportedly regaining control of the district of Abu Kershola, a town in which rebels of the Sudan Revolutionary Front coalition seized on April 27, in South Kordofan on May 28, 2013. (AFP Photo)
by ASSOCIATED PRESS Sep 04, 2020 9:43 pm
RECOMMENDED

Sudan's transitional government and a powerful rebel group that controls large swaths of the country’s restive south said Friday they have agreed to resume peace talks, a development that boosts hopes of ending the country's decades-long civil wars.

The commitment comes days after the government reached a deal with other rebel groups to quell conflicts stemming from the rule of Omar al-Bashir.

The Sudan Liberation Movement-North, led by Abdel-Aziz al-Hilu, and Sudanese Prime Minister Abdalla Hamdok signed a joint letter of intention late on Thursday in the Ethiopian capital of Addis Abada, stressing the "necessity” of finding "a comprehensive and just political solution" to the conflicts. It did not specify when the talks would restart.

Negotiating an end to the rebellions in Sudan’s far-flung provinces has been a crucial goal for the transitional government, which took power after the military overthrew al-Bashir in April last year, following months of pro-democracy protests. Cash-strapped authorities are keen to slash military spending, which takes up 80% of the national budget.

Al-Hilu's faction of the Sudan Liberation Movement-North, also known as SLPM-North, is Sudan’s single largest rebel group. It engaged in previous rounds of peace talks but remained skeptical of the country's ruling Sovereign Council, comprised of both civilian leaders and military generals, including some from al-Bashir’s tenure.

Along with another major rebel group, the faction skipped the signing of the agreement earlier this week in South Sudan between the government and a rebel alliance known as the Sudan Revolutionary Front, dimming prospects for meaningful change on the ground.

The U.N. chief urged another rebel group, the Sudan Liberation Movement-Abdul Wahid Al-Nur, "to join the peace process so that a comprehensive solution can be found” and reiterated his commitment to support all efforts to achieve sustainable peace in Sudan, Dujarric said.

The SLPM-North has also threatened to call for self-determination in the vast areas it controls if its demands are not met. Just days ago, al-Hilu accused the transitional government of adopting the "evasive” tactics of al-Bashir's administration throughout tortuous peace negotiations that have dragged on for nearly a year.

To lay the groundwork for a future deal, al-Hilu and Hamdok agreed in principle on a range of political issues that have frustrated efforts to reach a deal in the past.

Sudan’s constitution "should be based on the principle of separation of religion and state,” the statement said, acknowledging a long-held demand of the ardently secularist SLPM-North. The sides also agreed to let the rebel group retain its weapons until they ink an accord calling for new security arrangements.

Al-Hilu’s movement controls large chunks of territory in the war-scarred Blue Nile and South Kordofan provinces, home to a significant Christian minority that long complained of discrimination under al-Bashir.

During al-Bashir’s 30 years in power, the Khartoum government fanned tensions between the Muslim majority north and mainly Christian and animist south, precipitating brutal wars and ultimately, the secession of South Sudan in 2011.