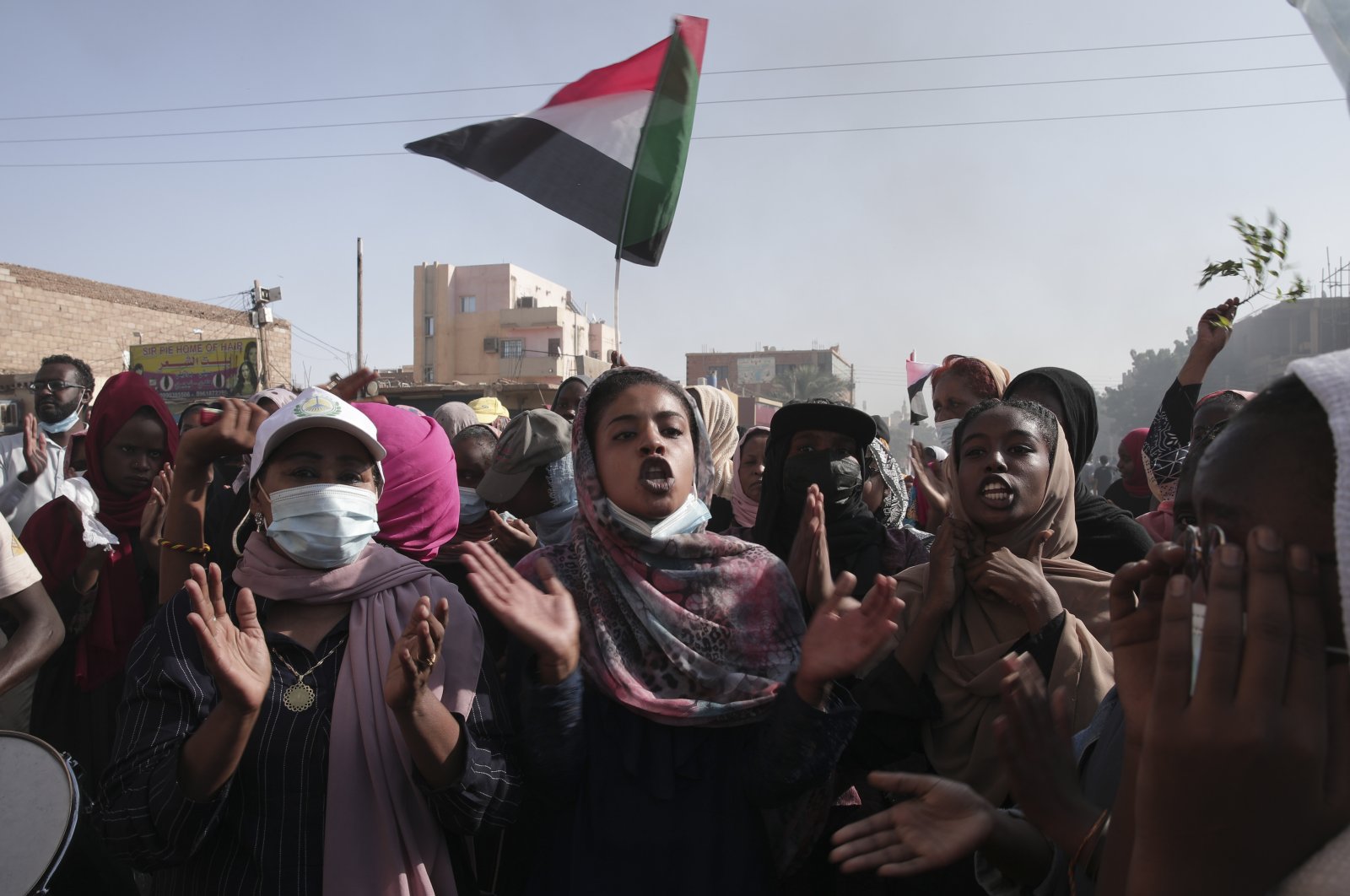 Sudanese authorities have released several of the country's civilian leaders, a former captive said Monday, days after the military agreed to reinstate the prime minister and release detainees in a deal denounced by many.

"I was released late yesterday evening," following a deal to reverse the military takeover, the head of Sudan's Congress Party, Omar al-Degeir, who was among civilians arrested in the army's Oct. 25 power grab, told Agence France-Presse (AFP).

"I was in solitary confinement and completely cut off from the world throughout this period."

The Congress Party, however, slammed Sunday's deal, saying it "explicitly legitimized the continuation of the coup regime."

Prime Minister Abdalla Hamdok's adviser Yasir Arman, a leading figure of Sudan's main civilian bloc, the Forces for Freedom and Change (FFC), was among those freed, according to al-Degeir.

But other key civilian figures and ministers deposed in the coup have yet to be freed.

On Monday, 12 out of the 17 FFC members in Hamdok's dismissed government, including foreign minister Mariam al-Mahdi, announced their resignation, refusing to collaborate with the coup leaders.

"We don't question his integrity as a patriot or as a leader... but what happened yesterday was a setback, a setback in the trust," al-Mahdi told the U.S. think tank, Atlantic Council, after Hamdok met with his cabinet.

Gen. Abdel-Fattah al-Burhan last month declared a state of emergency and ousted the Hamdok government, in a move that upended a two-year transition to civilian rule.

The move sparked international condemnation and punitive measures, and provoked a wave of mass street protests and clashes with security forces.

At least 41 people have been killed, the latest of them a teenager shot dead by security forces on Sunday, according to pro-democracy doctors.

U.S. Secretary of State Antony Blinken told Sudanese leaders that Sunday's deal to reverse the military takeover was only a first step, the State Department said.

"This is the first step. It's not the last step," State Department spokesperson Ned Price told reporters in Washington.

He said Washington, which has suspended $700 in aid to Sudan, wanted to see more progress towards democracy in the African country.

Hamdok, who had been under effective house arrest for a month, emerged to sign the 14-point deal with al-Burhan under which the premier was reinstated and political detainees freed.

However, analysts warn the move simply "whitewashes" the coup, as it remains unclear how much power Hamdok's team will yield.

The cabinet will remain under the oversight of a ruling council led by the military.

Thousands of demonstrators in multiple rallies on Sunday rejected the deal, shouting, "No to military power" and demanding that the armed forces fully withdraw from government.

Whereas Hamdok had previously been hailed as Sudan's sole "legitimate" leader, protesters tore up posters of the premier and decried him as a "traitor" to the 2019 revolt that ousted autocratic ruler Omar al-Bashir.

The Sudanese Professionals' Association, an umbrella group of unions that was also instrumental in bringing down al-Bashir, described the deal as "political suicide" for Hamdok.

The deal was welcomed by the United Nations and African Union, as well as the so-called Troika of Britain, Norway and the United States.

It was also greeted by Saudi Arabia and Egypt, which have strong ties with the Sudanese military.

Burhan on Monday renewed a pledge to lead Sudan to "free and transparent elections" on July 23.

The deal raises hopes the country will be able to return to its tenuous transition process since the ouster of Bashir following months of mass street protests.

But analysts voiced skepticism, stressing the general had satisfied the international community while at the same time consolidating his control over the transition process.