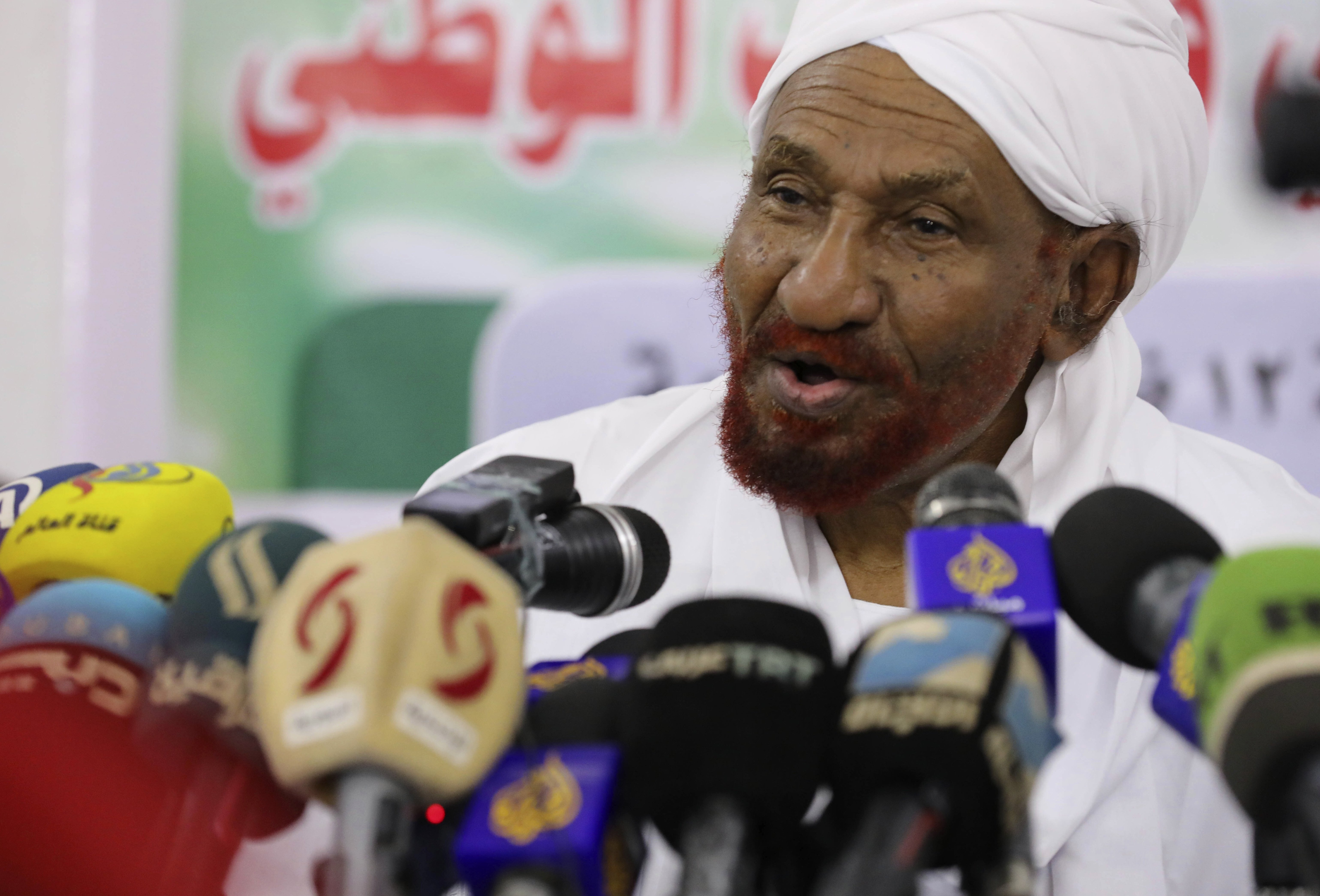 Al-Mahdi, who is the country's last democratically elected premier and heads the country's largest political party, said he withdrew from a government-organized religious conference on Saturday in the capital, Khartoum, in protest against Friday’s announcement.

"This statement contradicts the Sudanese national law ... and contributes to the elimination of the peace project in the Middle East and to preparing for the ignition of a new war,” al-Mahdi said in a letter to the conference.

He said the agreement with Israel would jeopardize the authority of Sudan's transitional government, a fragile coalition of civilian and military leaders.

Sudan is on a thorny path to democracy after a popular uprising last year led the military to overthrow the longtime autocrat, Omar al-Bashir. The transitional government has promised elections as soon as 2022.

Al-Mahdi, who heads the National Umma Party, was overthrown in a 1989 Islamist-backed coup that brought al-Bashir to power. His party is allied with the pro-democracy movement that led the protests against al-Bashir.

Al-Mahdi accused Trump of being racist against Muslims and black people, and described Israel as an "apartheid state.”

Sudan is the third Arab state to move toward normalizing its relations with Israel among a series of Washington-brokered deals in the run-up to the U.S. presidential elections. The Trump administration engineered diplomatic pacts between Israel and the United Arab Emirates and Bahrain in August, the first since Jordan recognized Israel in the 1990s and Egypt in the 1970s.

Sudan hosted a landmark Arab League conference after the 1967 Mideast war where eight Arab countries approved the "three no’s”: no peace with Israel, no recognition of Israel and no negotiations with Israel.

Sudan’s recognition of Israel comes after the North African nation agreed to put $335 million in an escrow account to be used to compensate American victims of terrorist attacks. Sudanese Prime Minister Abdalla Hamdok thanked Trump for signing the executive order to remove Sudan from the terrorism list and said in a statement that he hoped to complete the deal in a "timely manner.”

The removal of the terror designation opens the door for Sudan’s transitional government to get international loans and aid needed to revive its battered economy and rescue the country’s transition to democracy.

The government has been struggling to revive Sudan’s battered economy amid a huge budget deficit and widespread shortages of essential goods, including fuel, bread and medicine.

Earlier this month, Gen. Mohammed Hamdan Dagalo, deputy head of the Sudanese sovereign council, told a local television station that Sudan would benefit from the normalization.

"We need Israel ... Israel is a developed country and the whole world is working with it,” he said.