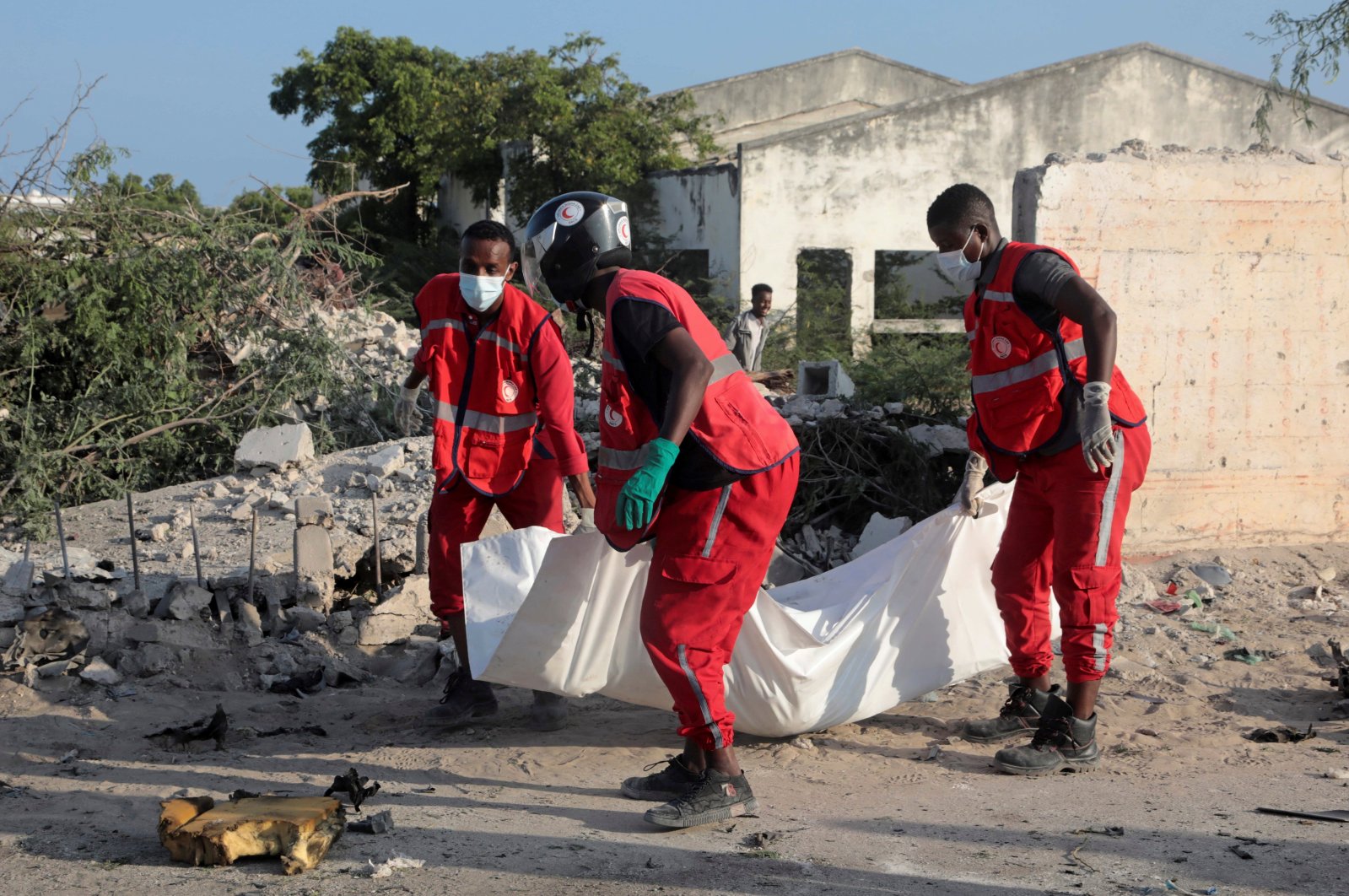 A suicide bomber from al-Shabab, a terrorist group affiliated with al-Qaida, killed himself and a well-known Somali journalist, wounding another, on Saturday in the capital Mogadishu in a car bomb blast that targeted a vehicle carrying state media journalists, officials said.

A car bomb blast targeted the vehicle near the country's Security Ministry building in Mogadishu, according to police.

"We are devastated and shocked as our Radiomuqdisho Director, Abdiasis Afrika was killed and our @sntvnews1 Director Sharmarke was wounded in cowardly terrorist blast," a statement by the Somali national television said.

"The attack was a car bomb blast parked near the Security Ministry building in Mogadishu, targeting a vehicle carrying state media senior journalists, including veteran journalist Abdiaziz Afrika, who was seriously wounded," a police officer earlier told Anadolu Agency (AA) over the phone after the attack.

The two journalists – Afrika and Sharmarke Warsame – were traveling in the Shangani district when the explosion hit their vehicle. Police forces and paramedic crews rushed to the scene, he added.

He said the police sealed the road leading to the headquarter of the country's national security and intelligence agency and the investigation into the attack is underway.

The attack came a day after eight people were killed and over 13 others wounded in a bomb blast in the town of Berdale in Somalia’s South West State.

Al-Shabab was behind two back-to-back attacks in Mogadishu earlier this month, one of which was a suicide bombing targeting a convoy of the African Union Mission in Somalia that killed three people and injured several more. Amid rising insecurity, Somali forces have ramped up operations against the group.