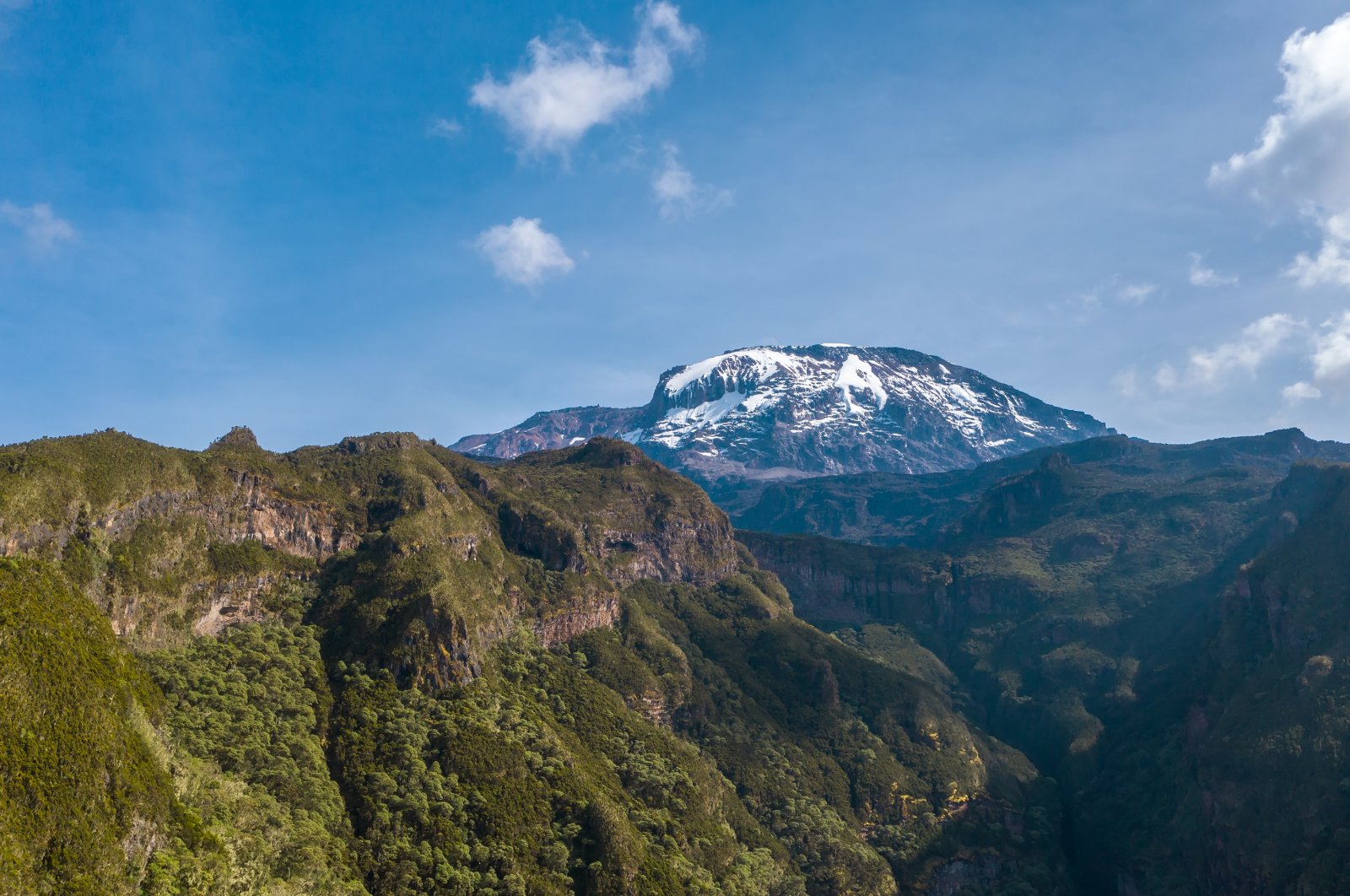 A conservation charity in northern Tanzania is working to plant 50 million trees in a pioneering reforestation campaign to preserve the diverse ecosystems of Mount Kilimanjaro, which are increasingly threatened by illegal activities and wildfires.

Africa's highest peak has experienced rapid deforestation, which in turn has triggered higher temperatures that have caused its iconic snow cap to melt at an alarming rate.

Deforestation around Kilimanjaro is fueled by human activities including illegal logging, farming and charcoal making as residents try to meet growing energy needs.

Dubbed "Trees 4 Kili," the initiative set out a long-term goal to plant 50 million trees to restore the shrinking vegetation and hopefully lower temperatures, which would at least slow the melting of the snow cap.

Jeremy Lowney, the founding director of the charity, said the campaign is intended to educate and empower the local community to stop deforestation and overgrazing activities, which have caused a decline in rainfall, increased temperatures and led to the subsequent glacial decline.

The Trees 4 Kili project was launched in 2018 to counter environmental degradation in Kilimanjaro by mobilizing residents to plant trees and restore the peak's fading glory.

Under the initiative, the charity is also working to raise community awareness on the value of trees and sustainable forest protection.

Project coordinator Thomas Munuo said the tree-planting drive is to reverse the rising rates of desertification and to provide invaluable benefits to communities and the environment.

"We are happy to work with the community and local authorities to find a creative solution to this problem," he said.

Munuo said more than 6 million trees have already been planted under the initiative.

Munuo went on to explain that random tree felling in Kilimanjaro has disturbed rainfall patterns and disheartened farmers, who are experiencing long spells of drought.

Campaigners say tree planting potentially reduces flood risks, slows the flow of water and acts as a buffer to agricultural pollution and while helping to purify water.

As one of Africa's best tourist destinations, the Kilimanjaro area is known for its breath-taking attractions, including stunning landscapes dotted with wildlife, waterfalls and rich cultural heritage.

Tanzania has 33 million hectares (nearly 125,000 square miles) of forests and woodland, but the country has been losing more than 400,000 hectares of forest annually for two decades, according to the U.N. Food and Agriculture Organization's 2020 Global Forests Resources Assessment.

The charity said the initiative is a step in the right direction in coping with climate change and wildfire losses caused by higher temperatures.

The worsening effects of climate change are already visible in Kilimanjaro due to deforestation and unsustainable farming, said residents.

"When I was growing up in the 1970s this area was greener and rivers were flowing throughout the year, but the situation is different today," said Salome Chuwa, a resident of Marangu.

Chuwa recalls a raging fire that gutted the mountain in October, destroying natural growth while causing huge plumes of smoke.

"I support the tree planting campaign, it is the only way to guarantee our future survival," she said.

Jerome Tusiime, an environmentalist based in Arusha, said natural forests and shrubs are being destroyed by illegal loggers and beekeepers, thus affecting rainfall patterns on the mountain's lower slopes.

Forests play important role in maintaining the natural water cycle around Mount Kilimanjaro, but natural forests are being threatened due to the growing demand for timber and charcoal making.

Residents, who for decades had been used to a cold, misty climate, are surprised by the extreme weather currently experienced in the region.

"Tree planting is a solution to climate change. It is cheap and everyone can get involved," said Munuo.