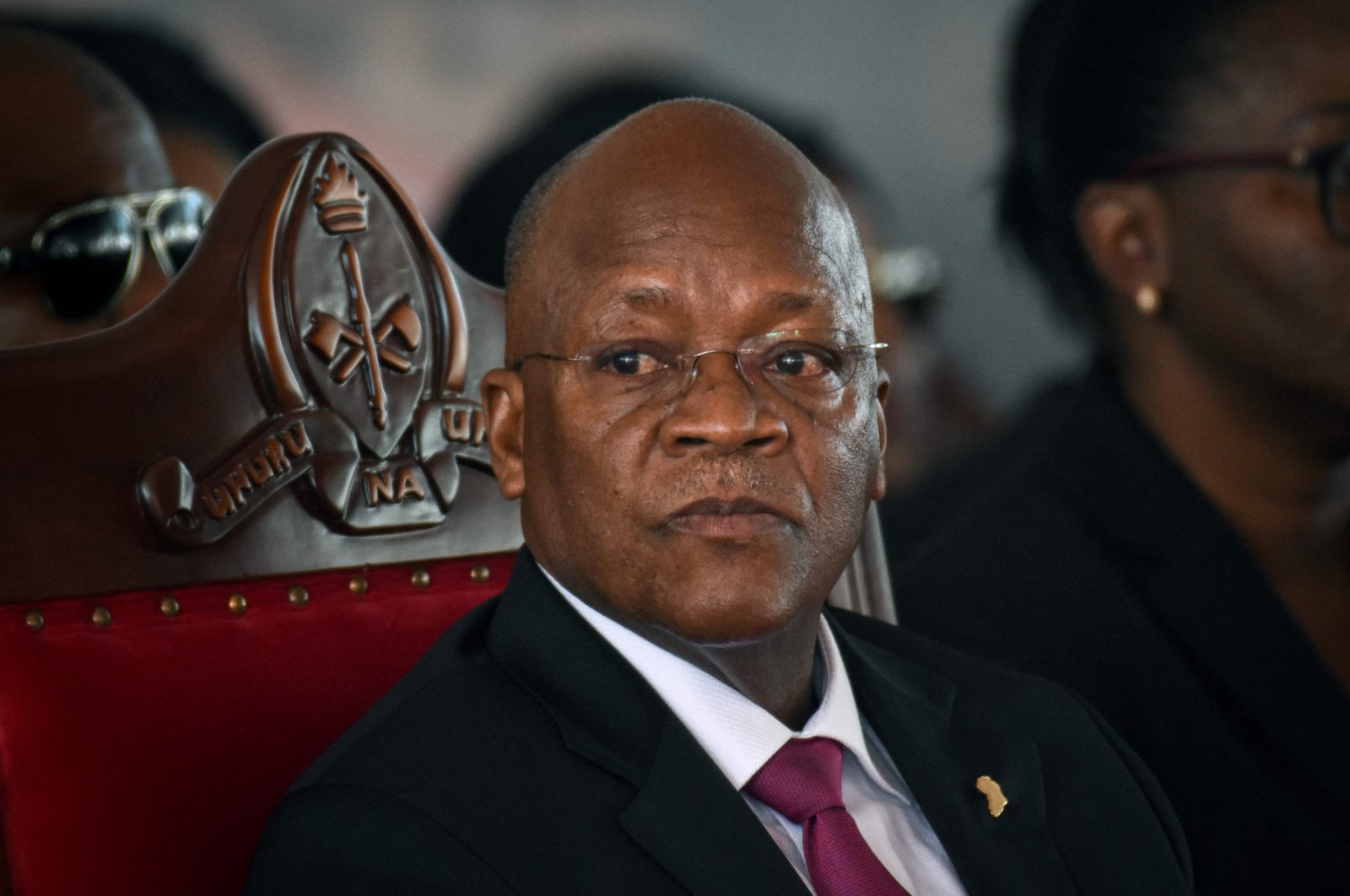 Opposition politicians are raising questions about the health of Tanzania's COVID-19-denying president John Magufuli, as he has not been seen in public for more than a week and at least one official close to him has died recently.

Magufuli was last seen in public on Feb. 27 at the swearing-in ceremony for the country's secretary of state in the State House government offices in Dar es Salaam, the East African country's largest city.

Magufuli's absence is unusual as he is known for frequent public speeches and appearances on state television several times a week. Tanzanian opposition leader Tundu Lissu, in exile, questioned Magufuli’s whereabouts in a series of tweets.

Another politician, who insisted on anonymity for fear of a backlash from Tanzania’s repressive regime, said he has spoken to people close to the president who said he is seriously ill and hospitalized. Kenya’s leading newspaper, The Nation, reported Wednesday that an African leader had been admitted to a hospital in Nairobi, citing anonymous government sources.

The populist leader announced in June last year that Tanzania had defeated COVID-19 through three days of prayer. The country, one of Africa's most populous with 60 million people, in April stopped providing statistics about the numbers of people with confirmed cases of COVID-19 or deaths from the disease to the Africa Centers for Disease Control and Prevention.

The government fired some officials who questioned Magufuli's assertion that no people were falling ill from coronavirus in the country. The government promoted trade and international tourism, eager to avoid the economic pain of neighbors who imposed lockdowns and curfews.

It did not ban public gatherings or promote wearing masks and Magufuli promoted herbal remedies for those who fell ill with "breathing problems.” However, people leaving Tanzania reported that hospital intensive care units were filled with people with severe respiratory illnesses. Others said that burials were being held at night to hide the numbers of deaths.

Migrants from Tanzania were found to have COVID-19. Recently some top officials have died and at least one was reported to have died from COVID-19. Exiled opposition leader Lissu speculated on Twitter that Magufuli had COVID-19 and had been flown to Kenya for treatment.

"It’s a sad comment on his stewardship of our country that it’s come to this: that he himself had to get COVID-19 and be flown out to Kenya in order to prove that prayers, steam inhalations and other unproven herbal concoctions he’s championed are no protection against coronavirus," Lissu said in a tweet.

Until recently Magufuli had claimed that there was no COVID-19 in the country and he said that vaccines could be dangerous. However, on Feb. 10 the U.S. embassy warned of a significant increase in the number of COVID-19 cases in Tanzania since January.

Days later the president's official office, State House, announced the death of John Kijazi, the president's chief secretary. On Feb. 17 the first-vice-president of the semi-autonomous archipelago of Zanzibar, Seif Sharif Hamad, died after his party, the Alliance for Change and Transparency, announced he was ill with COVID-19.

On Feb 21 Magufuli admitted that Tanzania had a coronavirus problem, his first public acknowledgment of a problem since declaring that COVID-19 had been eradicated in June last year.