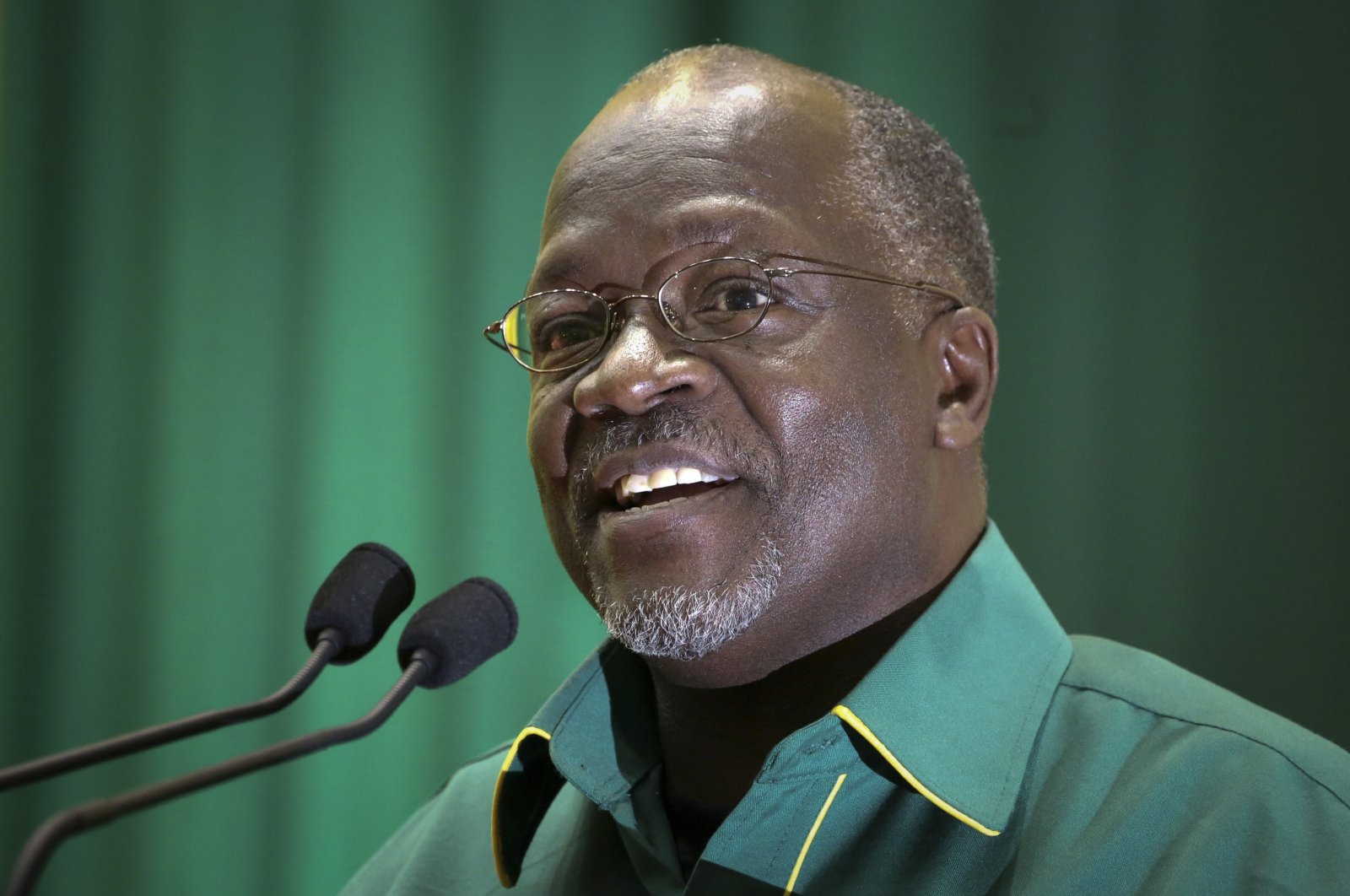 In this Saturday, July 11, 2015 file photo, Tanzania's then public works minister and presidential candidate John Magufuli speaks at an internal party poll to decide the ruling Chama Cha Mapinduzi (CCM) party's presidential candidate, which they later chose him to be, in Dodoma, Tanzania. (AP Photo)
by French Press Agency - AFP Mar 18, 2021 12:20 am

Tanzanian President John Magufuli has died aged 61 from a heart condition, his vice president said in an address on state television Wednesday, after days of uncertainty over his health and whereabouts.

"It is with deep regret that I inform you that today on the 17th of March, 2021 at 6 pm we lost our brave leader, the President of the Republic of Tanzania, John Pombe Magufuli, said vice-president Samia Suluhu Hassan.

She said Magufuli had died of a "heart condition", which he has suffered for a decade, at a hospital in Dar es Salaam.

He had first been briefly admitted to the Jakaya Kikwete Cardiac Institute on March 6, but was subsequently discharged, Hassan said.

But Magufuli had again felt unwell and was on March 14 rushed to hospital again.

Confirmation of Magufuli's death comes after weeks of uncertainty and wild rumors over his absence, as he was last seen in public on February 27.

Opposition leader Tundu Lissu had raised questions about his health, citing sources that the president was suffering from COVID-19.

Magufuli, who was first elected in 2015 and then again in a disputed poll last year, had for months insisted the virus no longer existed in Tanzania, and had been fended off by prayer.

He refused to wear a face-mask or take lockdown measures.

But a week before he was last seen, Magufuli conceded the virus was still circulating, after the vice-president of semi-autonomous Zanzibar was revealed to have died of COVID-19.