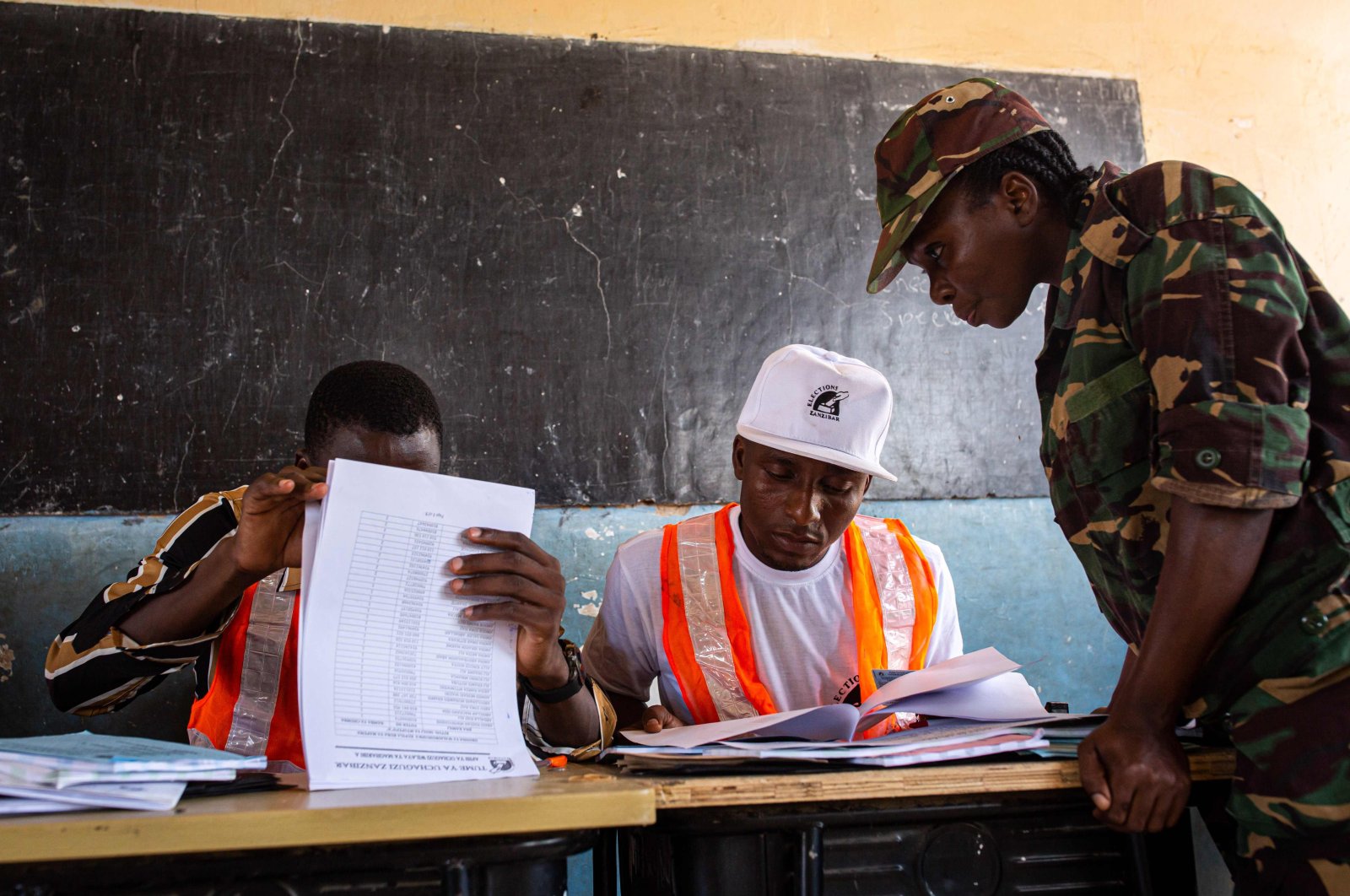 Long lines of voters in Tanzania went to the polls on Wednesday for a presidential election that the opposition warns is already deeply compromised by manipulation and deadly violence.

"My life is in danger,” the chairman of one of the East African nation’s top opposition parties, Freeman Mbowe of the Party for Democracy and Progress, commonly known as Chadema, tweeted early in the morning, asserting that "heavily armed gangsters” protected by police had raided his hotel and seized two of his security guards.

Tanzania, once praised for its relative peace and its peacemaking efforts in Africa, has become a human rights crisis as diplomats, the United Nations human rights office and others say the government under President John Magufuli has stifled media, civil society and opposition voices.

He also has been accused of downplaying the coronavirus pandemic, declaring it defeated through prayer.

The populist Magufuli, who made his name in part by targeting corruption, now seeks a second five-year term in one of Africa’s most populous and fastest-growing economies.

"Maintaining peace is a priority,” the president said after voting, and showed off his inked finger. He invoked democracy and urged people to the polls.

Top opposition challenger Tundu Lissu survived an assassination attempt in 2017 and returned from exile earlier this year. He was banned from campaigning for a week earlier this month by authorities who accused him of making seditious comments.

Lissu has urged people to go into the streets to protest if election results are announced Thursday without being counted properly. Whoever receives the most votes wins, with no second round.

Results are expected within three days – and by law, the results declared by the electoral commission cannot be challenged in court.

The opposition faces a major challenge in trying to unseat the ruling Chama Cha Mapinduzi party, which has been in power since independence in 1961, as 15 presidential candidates seek a win, splitting support. More than 29 million people have registered to vote. Internet services slowed ahead of the vote.

Fewer major election observers will be present, some saying they weren't invited by the government, and the opposition said authorities made it difficult to accredit thousands of their own observers. Few in foreign media received approval to report on the ground. "Everyone has the duty to protect the legitimacy of this general election,” The Citizen newspaper said Wednesday, reminding readers that "for decades, Tanzania has been an island of peace.” Deadly violence erupted ahead of the vote as Tanzania's other top opposition party, ACT Wazalendo, accused police of shooting dead nine people in the semi-autonomous region of Zanzibar.

Meanwhile, Chadema accused the ruling party supporters of shooting dead two people at a rally in a town in the northeast. The ruling party did not respond to requests for comment.

One voter in Zanzibar, Yahya Khamis, said it was doubtful the vote would be free or fair. "To our surprise we have been given only four ballot papers while we're required to vote for five candidates,” Khamis said.

Another voter in Zanzibar, Jokha Mohammed, noted, "We're very much secured today on our safety.” Police and military presence remained heavy. Tanzania Elections Watch, a regional initiative of prominent personalities, has pointed out hate speech and intimidation of candidates and said the election will be flawed if held under current conditions.

"There are legitimate concerns that the heavy police and army deployment across Zanzibar is intimidating residents and creating fear and despondency that could deter voters from turning out,” the group said Wednesday.

It warned that actions by security forces have created a "climate of fear," and it said it was "alarmed by the clampdown on communication channels, including suspension of bulk SMS services, reported blocking of social media sites and slowing down of internet communication.”