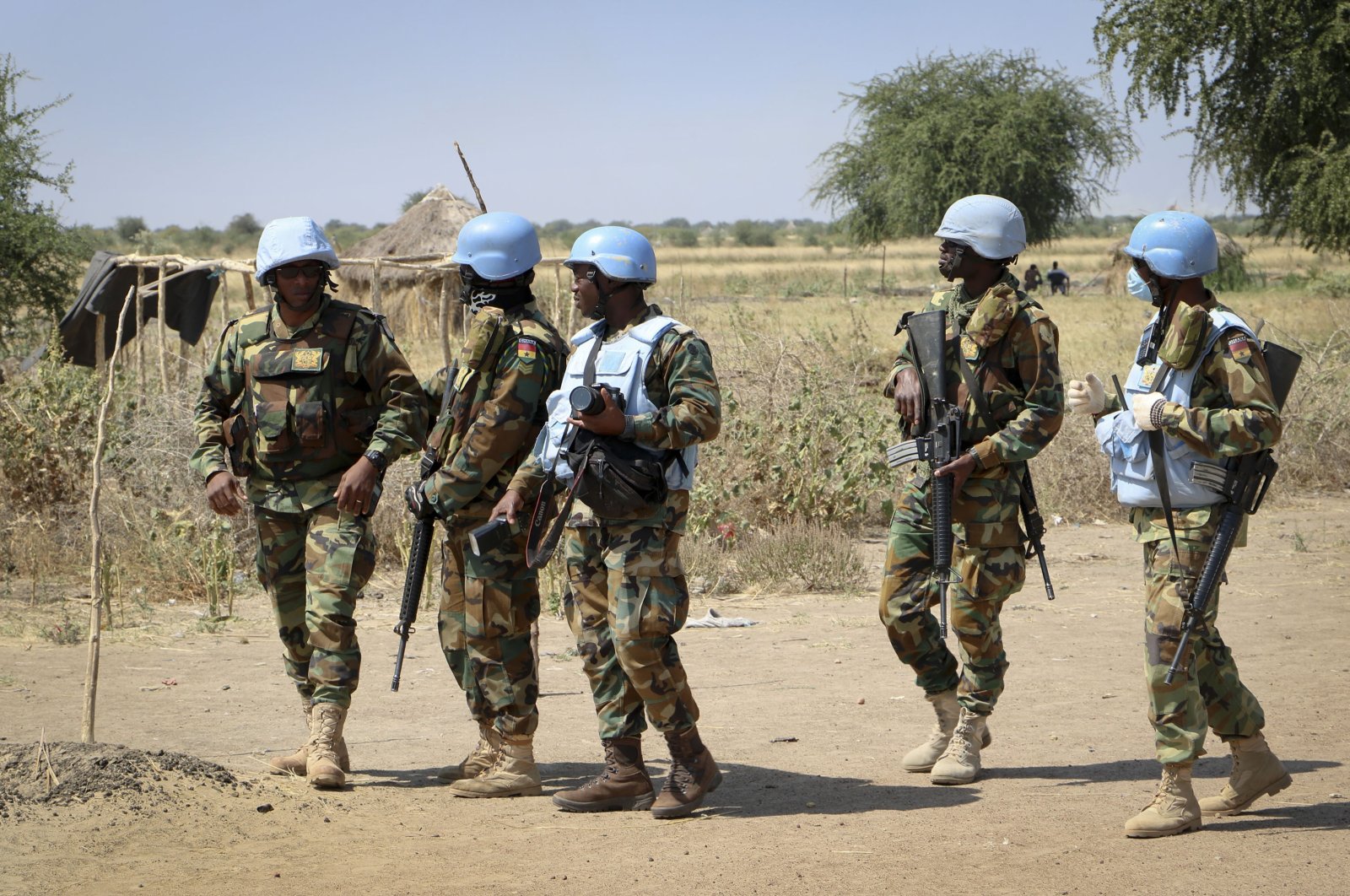 UN peacekeepers make a patrol in the village of Nhialdiu, part of an increase in patrols since an increase of reports of violent attacks on the road from Bentiu to Nhialdu in South Sudan, Dec. 7, 2018. (AP Photo)
by French Press Agency - AFP Dec 26, 2020 9:56 am
RECOMMENDED

Three United Nations peacekeepers have been killed by unidentified combatants in the Central African Republic (CAR), the U.N. said, as the country prepares for a general election and fighting continues between rebels and government forces.

The news came after a rebel coalition called off a cease-fire and said it would resume its march on the capital and following the arrival of troops from Russia and Rwanda to shore up the government of the resource-rich country.

"Three peacekeepers from Burundi were killed and two others were wounded" following attacks on U.N. troops and Central African national defense and security forces, the U.N. said in a statement Friday.

The assaults took place in Dekoa, central Kemo Prefecture, and in Bakouma, in the southern Mbomou Prefecture, it said, without providing further details.

Stephane Dujarric, spokesperson for the U.N. Secretary-General, strongly condemned the latest incident and called on the CAR authorities to investigate the "heinous" assaults.

He also warned that "attacks against United Nations peacekeepers may constitute a war crime."

Ahead of the polls, 63-year-old incumbent President Faustin Archange Touadera has accused his predecessor Francois Bozize of plotting a coup.

Bozize – who is under U.N. sanctions and barred from running – denies the charges.

On Tuesday, a militia briefly seized the country's fourth-biggest town, before it was retaken by security forces backed by U.N. peacekeepers.

Rebel groups launched an offensive a week ago threatening to march on the capital Bangui, in what the government described as an attempted coup, but their progress was halted with international help.

However, a three-day cease-fire brokered ahead of the elections fell apart Friday with the Coalition of Patriots for Change (CPC) announcing that it would resume its push for the capital.

The CPC – whose components are drawn from militia groups that, together, control two-thirds of the country – was created on Dec. 19 by armed groups who accused Touadera of trying to fix the vote.

Clashes resumed on Friday in Bakouma, about 800 kilometers (500 miles) northeast of Bangui, according to Vladimir Monteiro, spokesperson for the U.N. Multidimensional Integrated Stabilization Mission in the Central African Republic (MINUSCA) peacekeeping force.

MINUSA said Thursday that a 300-strong contingent of Rwandan reinforcements had arrived in the country.

Russia, which recently signed a military cooperation agreement with Touadera's government, has also sent at least 300 military instructors to bolster the CAR's forces ahead of the polls.

Sunday's elections are deemed a key test of CAR's ability to recover stability but a crucial question is whether turnout will be badly affected by violence or intimidation, denting the credibility of the next president and the 140-seat legislature.

Mineral-rich but rated the world's second-poorest country on the Human Development Index, the CAR has been chronically unstable since independence 60 years ago.