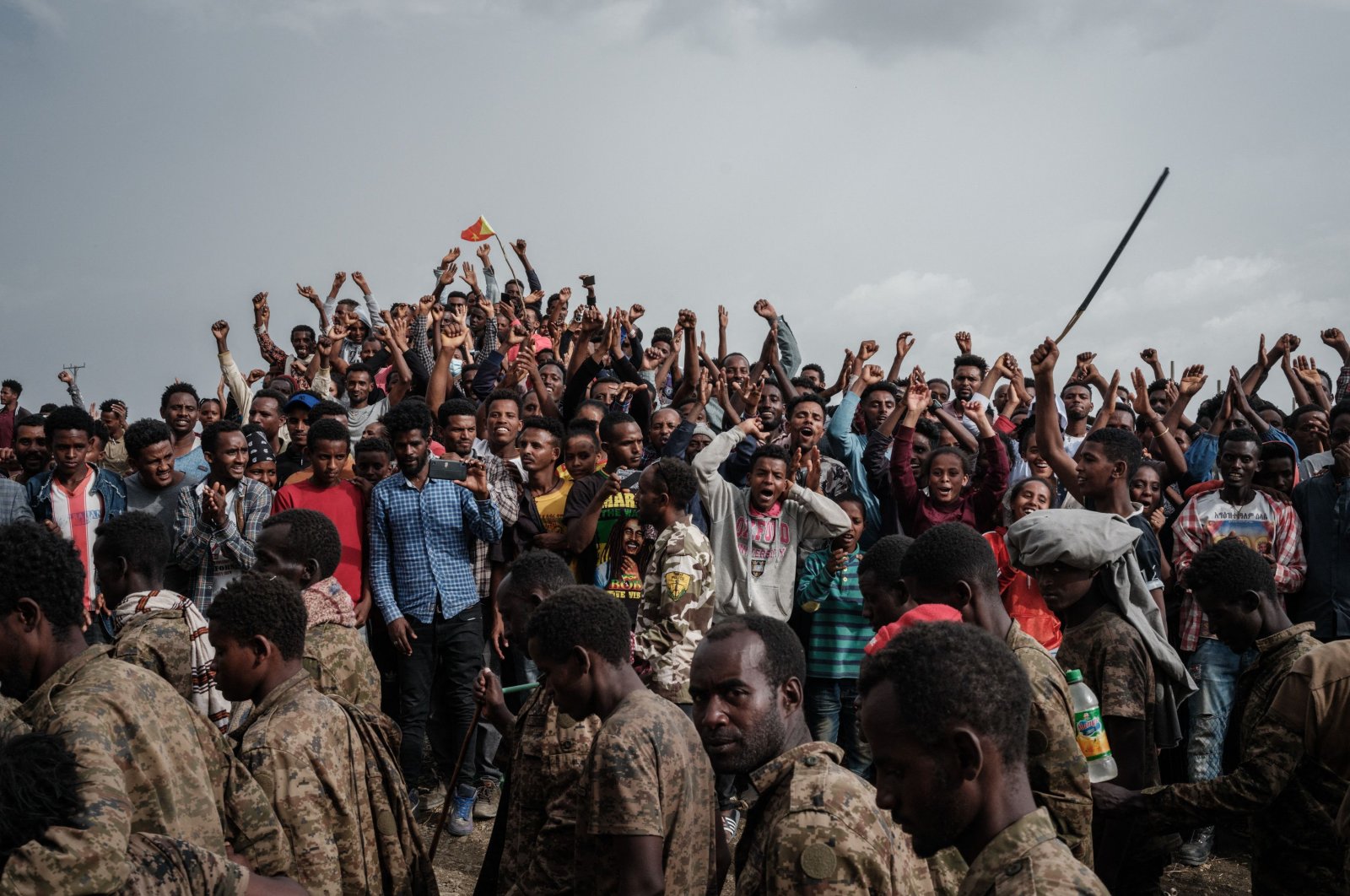 Tigrayan forces fighting the central government have withdrawn from neighboring regions in Ethiopia's north, a Tigrayan spokesperson said on Monday, a step towards a possible cease-fire after major territorial gains by the Ethiopian military.

The 13-month-old war in Africa's second most populous nation has destabilized an already fragile region, sent 60,000 refugees into Sudan, pulled Ethiopian soldiers away from war-ravaged Somalia and drawn in armed forces from neighboring Eritrea.

"We have just completed the withdrawal of our forces from both Amhara and Afar regions," said Getachew Reda, a spokesperson for the Tigray People's Liberation Front (TPLF), the political party controlling most of the northerly region of Tigray.

Writing on Twitter, Getachew added that the TPLF hoped the pullout would induce the international community to put pressure on the governments of Ethiopia and neighboring Eritrea, allies in the conflict, to cease military operations in Tigray.

TPLF head Debretsion Gebremichael called for a no-fly zone for hostile aircraft over Tigray, arms embargoes on Ethiopia and Eritrea, and a U.N. mechanism to verify that external armed forces have left Tigray – all requests that the Ethiopian government is likely to oppose.

"We trust that our bold act of withdrawal will be a decisive opening for peace," Debretsion wrote in a letter to the United Nations outlining the TPLF's demands.

Ethiopian government spokesperson Legesse Tulu and the prime minister's spokesperson, Billene Seyoum, did not immediately respond to requests for comment.

U.N. spokesperson Farhan Haq said Debretsion's letter was being studied and he had no immediate comment beyond that.

"We would look positively at any efforts that can bring the fighting downwards and ultimately to bring it to a full halt. ... We'll study this (letter) and see ... what can be done with that," he told reporters at a briefing.

"If we do see a movement of Tigrayan forces back into Tigray, that is something we would welcome. It's something we've called for and we hope it opens the door to broader diplomacy," Price said.

Thousands of civilians have been killed as a result of the conflict, around 400,000 are facing famine in Tigray and 9.4 million people need food aid across northern Ethiopia.

Debretsion said he hoped the Tigrayan withdrawal would force the international community to ensure that food aid could enter Tigray. The United Nations previously accused the government of operating a de facto blockade – a charge Addis Ababa has denied.

The TPLF accuses Ethiopian Prime Minister Abiy Ahmed of wanting to centralize power at the expense of Ethiopia's regions. Abiy denies the accusation.

Abiy, whose appointment in 2018 brought nearly three decades of TPLF dominance over Ethiopia to an end, says the TPLF wanted to hang onto central power – something the Tigrayan leadership denies.

"There are reasons to think this rare opportunity might lead to a peace process and cessation of hostilities," he said.

A significant shift in the Tigrayan position, he said, was the abandonment of their demand that hostile forces withdraw from western Tigray, a disputed area, as a precondition for peace talks, as well as a concession that this could come about as part of an internationally backed peace process.

Any Tigrayan demands to keep their forces intact might be hard for the Ethiopian government to swallow, he said, but a gradual process might be possible. He added that other confidence-building measures might be under way, such as the federal government releasing jailed political leaders.

The letter also endorses the use of international investigators to pursue those responsible for war crimes.

The United Nations agreed last week to set up an independent investigation into rights abuses in Ethiopia – a move strongly opposed by the Ethiopian government, which sees it as an infringement of national sovereignty.

International mediators including the African Union and United States have repeatedly tried to negotiate a cease-fire to allow aid to enter Tigray, but both sides have refused until certain conditions were met.

In June, the Ethiopian and Eritrean militaries withdrew from Tigray after reports of mass killings of civilians, gang rapes and blocking of aid supplies. The government has said it has prosecuted individual soldiers, although it has provided no details, and denied blocking aid.

In July, Tigrayan forces invaded Afar and Amhara. The Ethiopian military launched an offensive at the end of November that pushed the Tigrayan forces back hundreds of kilometers (miles).

Reuters reporters traveling to liberated towns in Amhara saw signs of heavy fighting, and local residents reported abuses such as killings and rapes by Tigrayan fighters. The TPLF has said any soldiers found guilty would be punished.