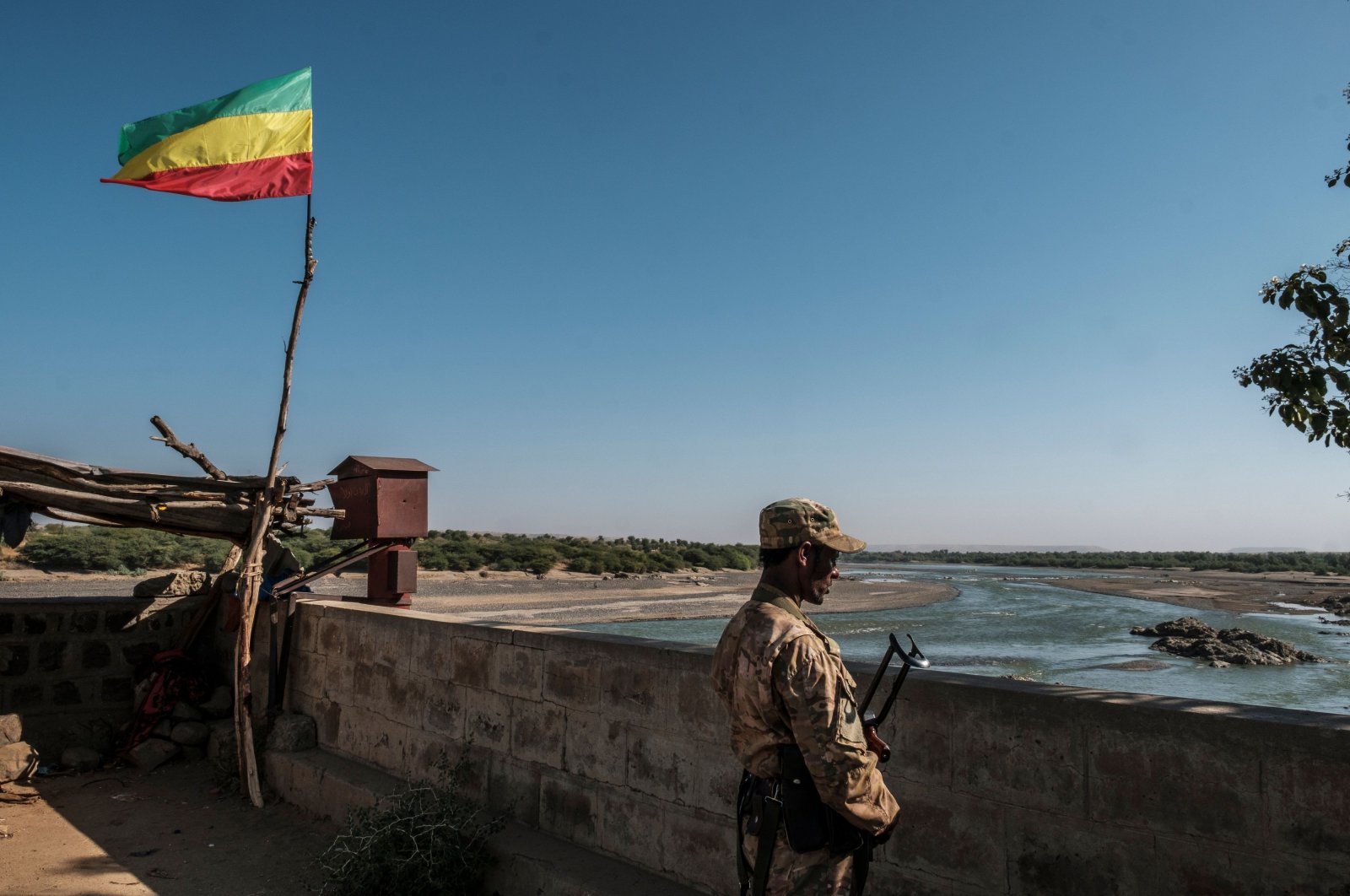 A member of the Amhara Special Forces watches on at the border crossing with Eritrea where an Imperial Ethiopian flag waves, Humera, Ethiopia, Nov. 22, 2020. (AFP Photo)
by REUTERS
Nov 23, 2020 3:29 pm

Ethiopian federal forces were encircling the Tigray region's capital from around 50 kilometers (31 miles) Monday, the government said, after giving the Tigray People's Liberation Front (TPLF) a 72-hour ultimatum to surrender.

"The beginning of the end is within reach," said government spokesman Redwan Hussein of the nearly three-week offensive that has destabilized both Ethiopia and the wider Horn of Africa.

Prime Minister Abiy Ahmed has told the TPLF, which had been ruling the mountainous northern zone of 5 million people, to lay down arms by Wednesday or face a final assault on Mekele.

TPLF leader Debretsion Gebremichael told Reuters that the threat was a cover for government forces to regroup after what he described as defeats on three fronts.

Hundreds, possibly thousands, have been killed in the fighting and airstrikes that erupted on Nov. 4, sending about 40,000 refugees into neighboring Sudan. The conflict has spread beyond Tigray, with the TPLF firing rockets into both the neighboring Amhara region and across the border to Eritrea.

Tigrayan forces fired rockets on Monday at Bahir Dar, the capital of the neighboring Amhara region, whose authorities are supporting the federal offensive, he also said.

TPLF troops had also destroyed the airport at the ancient town of Axum, a popular tourist draw and UNESCO World Heritage site which lies northwest of Mekele. Axum's history and ruins, including fourth-century obelisks when the Axumite Empire was at its height, give Ethiopia its claim to be one of the world's oldest centers of Christianity.

The TPLF accuses Abiy, a former military comrade and partner in government, of marginalizing their ethnic group since becoming prime minister two years ago. He has removed Tigrayan officials from influential roles in government and the military and detained some on rights abuse and corruption charges. Abiy, whose parents are from the larger Oromo and Amhara groups, denies any ethnic undertones, saying he is legitimately pursuing criminals and preserving national unity.