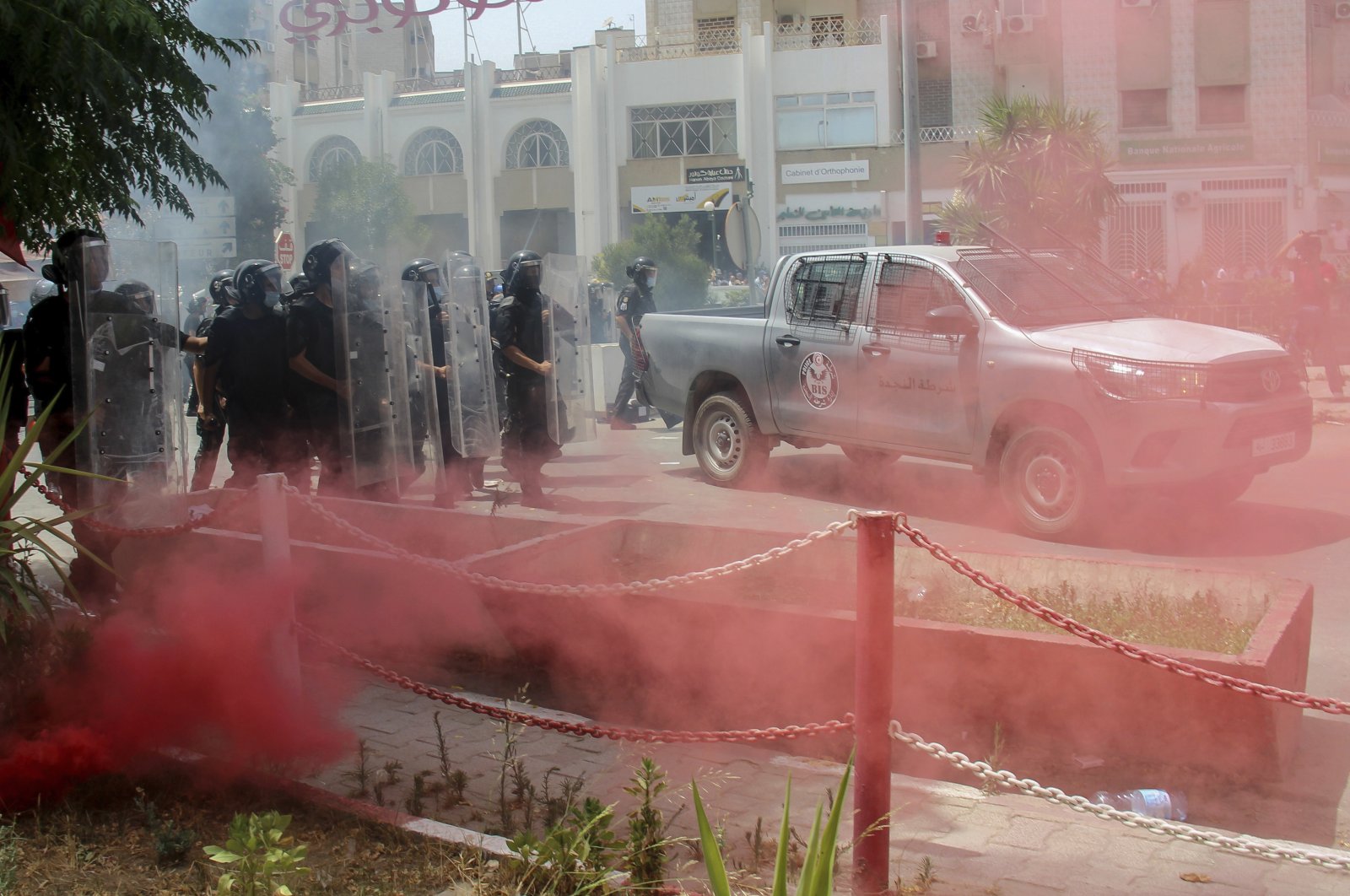 Al-Jazeera television said on Monday that Tunisian police had stormed its bureau in the capital Tunis, expelling all the staff, after President Kais Saied late on Sunday ousted the government in a move which was widely seen as a coup.

Security forces ordered it to shut down, according to a statement by the Qatar-based network on its Facebook page. According to the media outlet, at least 10 heavily armed police officers entered the office on Monday and confiscated phones and other equipment.

The officers did not present any warrants for the raid and asserted that were following orders from the Tunisian judicial system. They demanded the journalists leave the country and barred them from collecting their personal belongings from the office building.

"Around 15 policemen, some in uniform others in civilian clothes, entered our offices and asked us to leave," Al-Jazeera director in Tunis Lotfi Hajji told Agence France-Presse (AFP). He said the law enforcement officers gave no reason for the actions, but confiscated the keys to the premises and forced all staff to leave.

The move came a day after President Kais Saied ousted the prime minister and suspended parliament, following a day of street protests against the government's handling of the COVID-19 pandemic. Hajji said the police told Al-Jazeera staff "we are following orders".

"What is happening is very dangerous, it is proof that freedom of the press is threatened. Today it is Al-Jazeera, another day another media," Hajji said.