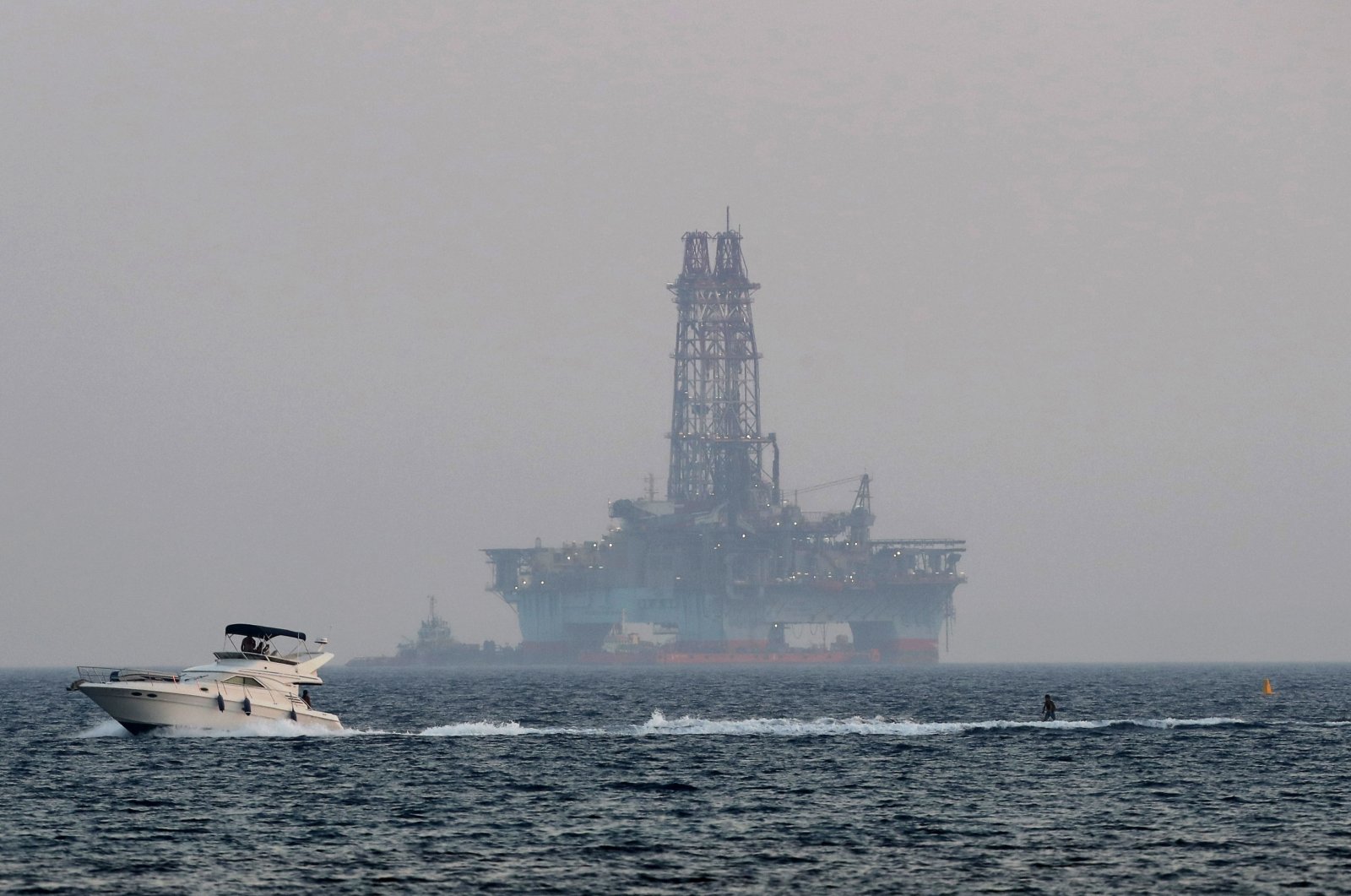 An offshore drilling rig is seen in the waters off Cyprus' coastal city of Limassol as a boat passes with a skier, July 5, 2020. (AP File Photo)
by Anadolu Agency Nov 28, 2021 5:46 pm
RECOMMENDED

The maritime deal signed between Turkey and Libya in 2019 secured rights and balances in the Eastern Mediterranean, according to a legal expert.

Hakan Karan, a senior international law expert at Ankara University told Anadolu Agency (AA) that the demarcation of the maritime borders and economic exclusive zones (EEZ) can be ensured through a treaty based on equity or a court decision.

Cooperation between littoral states is a judicial obligation to reach such a treaty, he said, adding that Greece and the Greek Cypriot administration have been trying to exclude Turkey through one-sided policies and practices.

Karan asserted that in order to protect its interests, Turkey reached a deal for the demarcation of maritime borders and EEZ with Libya, which was also isolated in the region.

A deal based on cooperation with Libya is an approach that is in line with the law, he added.

He, however, warned that maritime claims of other littoral states can overlap with Turkey's maritime borders and thus it is essential to resolve the question with the participation of all littoral states in the region.

To contribute to the establishment of lasting peace, stability and security in Libya and to develop relations in all possible fields based on mutual benefit, Turkey and Libya signed the Memorandum of Understanding on the "Limitation of Maritime Jurisdiction" and "Security and Military Cooperation" on Nov. 27, 2019.

According to the U.S. Geological Survey, the Mediterranean region is estimated to boast millions of barrels of oil and trillions of cubic meters of natural gas, worth hundreds of billions of dollars.

Turkish leaders have repeatedly stressed that Ankara is in favor of resolving all outstanding problems in the region, including maritime disputes, through international law, good neighborly relations dialogue and negotiations.