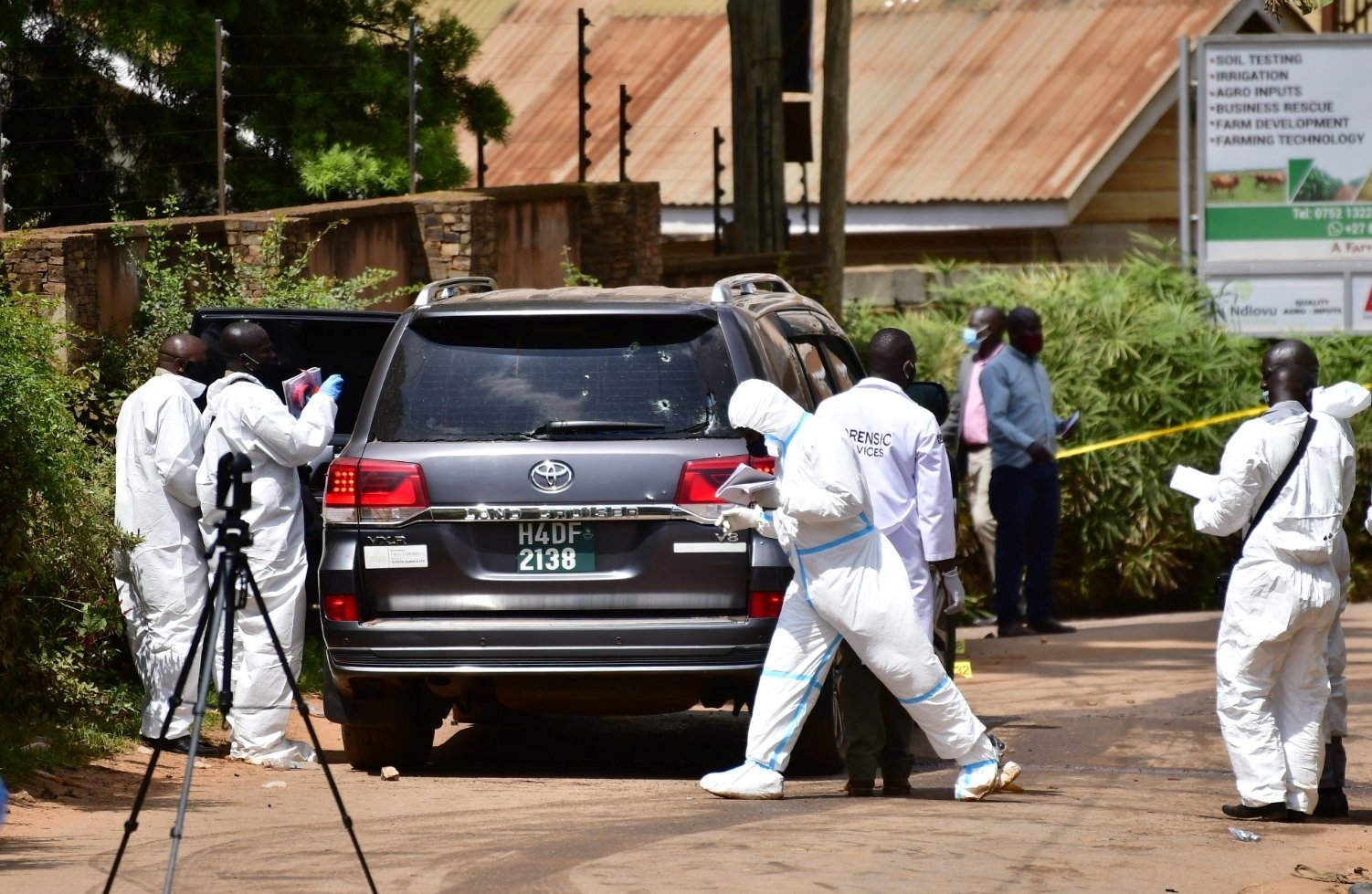 Forensic experts secure the scene of an attempted assassination on Ugandan minister of works and transport General Katumba Wamala, in which he was wounded and his daughter and driver killed, near Kampala, Uganda June 1, 2021. (Reuters Photo)
by French Press Agency - AFP
Jun 01, 2021 11:30 am

Gunmen fired at a car carrying a Ugandan government minister on Tuesday, injuring the former army commander and killing his daughter and driver, an army spokesperson said and local media reported.

Four attackers on motorcycles opened fire at a vehicle carrying General Katumba Wamala, the minister of works and transport, in the Kampala suburb of Kiasasi, local television station NBS reported. Images circulating on social media showed Wamala with his mouth open, in apparent distress beside the car and his light-colored trousers splattered with blood. Social media images also showed bullet holes in a car window and casings on the ground.

"There was a shooting involving him ... he is hurt and he's been taken to the hospital, his driver was killed," army spokesperson Brig. Flavia Byekwaso told Reuters. "He sustained injuries in both shoulders," lawmaker Chris Baryomunsi told NBS.

Wamala's daughter, who was in the vehicle with him, was also killed, NBS reported. There have been several unsolved assassinations and mysterious deaths of high-profile officials in the East African country in recent years that have fuelled speculation about perpetrators and their motivations.

That police officer, Felix Kaweesa, was killed alongside his bodyguard and driver. Wamala hails from the Baganda, the country's largest ethnic group. Shortly before the attack, Wamala told his followers on Twitter, "I wish you a month of Happiness, Success, Peace, Prosperity, Good Health and Wealth."