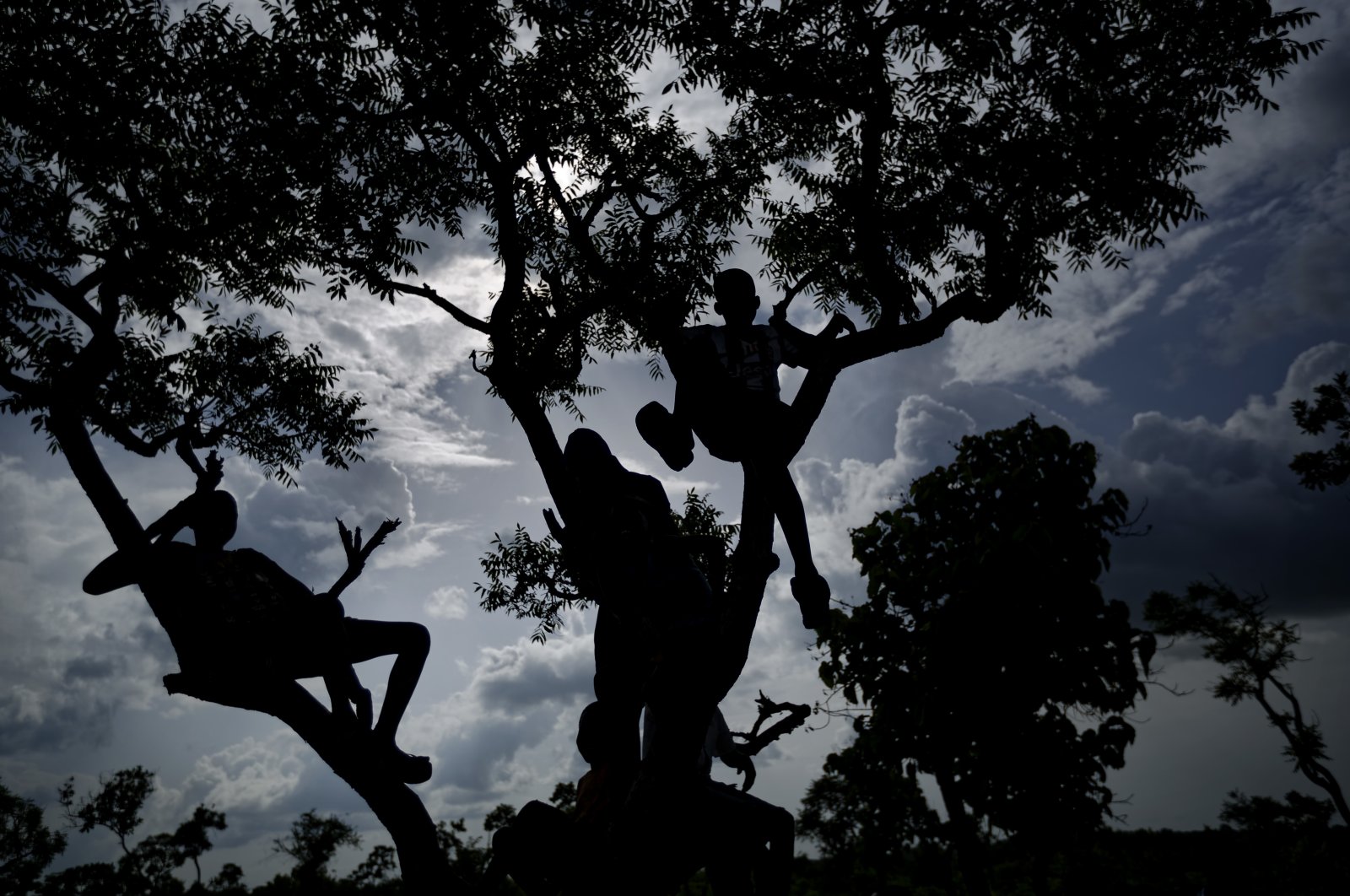 South Sudanese refugee boys sit in the branches of a tree to get a view of a match in the Bidi Bidi refugee settlement in northern Uganda, June 4, 2017. (AP File Photo)
by Anadolu Agency Sep 08, 2021 9:27 am
RECOMMENDED

The Ugandan government and human rights groups have expressed concern about people deceiving Western countries by pretending to be homosexual to seek asylum.

Albert Were, a criminal investigations officer, said that in the last six months at least 10 Ugandan men have returned home with wives and children. All of them had taken refuge in the West a decade ago, claiming they were gay.

Describing the trend as disturbing, human rights activist Maurice Kiwalaga said it was unfortunate and may affect prospects of real homosexuals. Foreign Minister Gen. Jeje Odongo said it has come to the notice of the government that many people who have sought asylum in numerous Western nations over the past many years on the pretext of being homosexual have married and had children.

"These Ugandans who went out on the pretext of being homosexuals. Now their lie is catching up with them because when they settle, they ask to bring their wives and children,” he said. "It is unfortunate that some people who are not gays pretend to be gays so that they get citizenship in countries which sympathize with them. Such people will make developed countries lose trust in all Africans,” said Kiwalaga.

Speaking to Anadolu Agency (AA), Ugandan Rev. Solomon Male said a large number of those who claimed asylum on the pretext of being gay were fake.

"All those are economic gays. Homosexuality is a business to most Ugandans who claim to be gays. It is all about getting money. Some people earn by calling themselves gays or working with organizations that deal with them,” he said.

Male alleged that some prominent lawyers were making a lot of money by preparing fake documents for these people. He said it has become the easiest way to get a visa for any European country, by claiming to be gay.

"When I wanted to get a visa to Sweden 10 years ago, I told them I was gay. They gave me the visa. But now they are a bit strict. They have come to know that people fake as being gays,” said a Ugandan, on the condition of anonymity. He lived in Sweden, got married, and has several children. "I now want to return and bring the family to Uganda,” he said.

But Frank Mugisha, director of Sexual Minorities Uganda, the country's most prominent LGBT rights group, said nothing is surprising about gays marrying and having children.

"Someone might be sexually straight today and then the next day he might be gay and vice versa,” he said. "Because they leave Uganda as gays after being persecuted by (the) state and Ugandans, so they want to come back as different people who are no longer gays. The fact that the laws against gays still exist makes them come back with wives and children to live freely,” he said.

Asked about the number of people, who may have escaped from the country, he said at one time 800 gays left the country and were rehabilitated at Kakuma camp in Kenya from where they went to other countries.

Stanley Waibale, a prominent gay activist in eastern Uganda, said that in his region alone at least 15 people migrate to the United States and Europe every year.

Thomas Baliluno, the ruling National Resistance Movement leader, said that although there is a law against homosexuality in the country, where if one is convicted can be sentenced to life imprisonment, there is no law stopping them from marrying and having children.

"So if they go out as gays and return with wives and children we should welcome them because that indicates that they are no longer practicing the vice,” he said.

A car mechanic in Uganda’s capital Kampala, while defending people using tricks to go to the West for better opportunities said they are forced to do so because there are no jobs in the country. Shiek Karim Nkwanga, imam of Kitida mosque in Iganga district, urged the government to create jobs so that people are not forced to resort to such trickery to get out of the country.