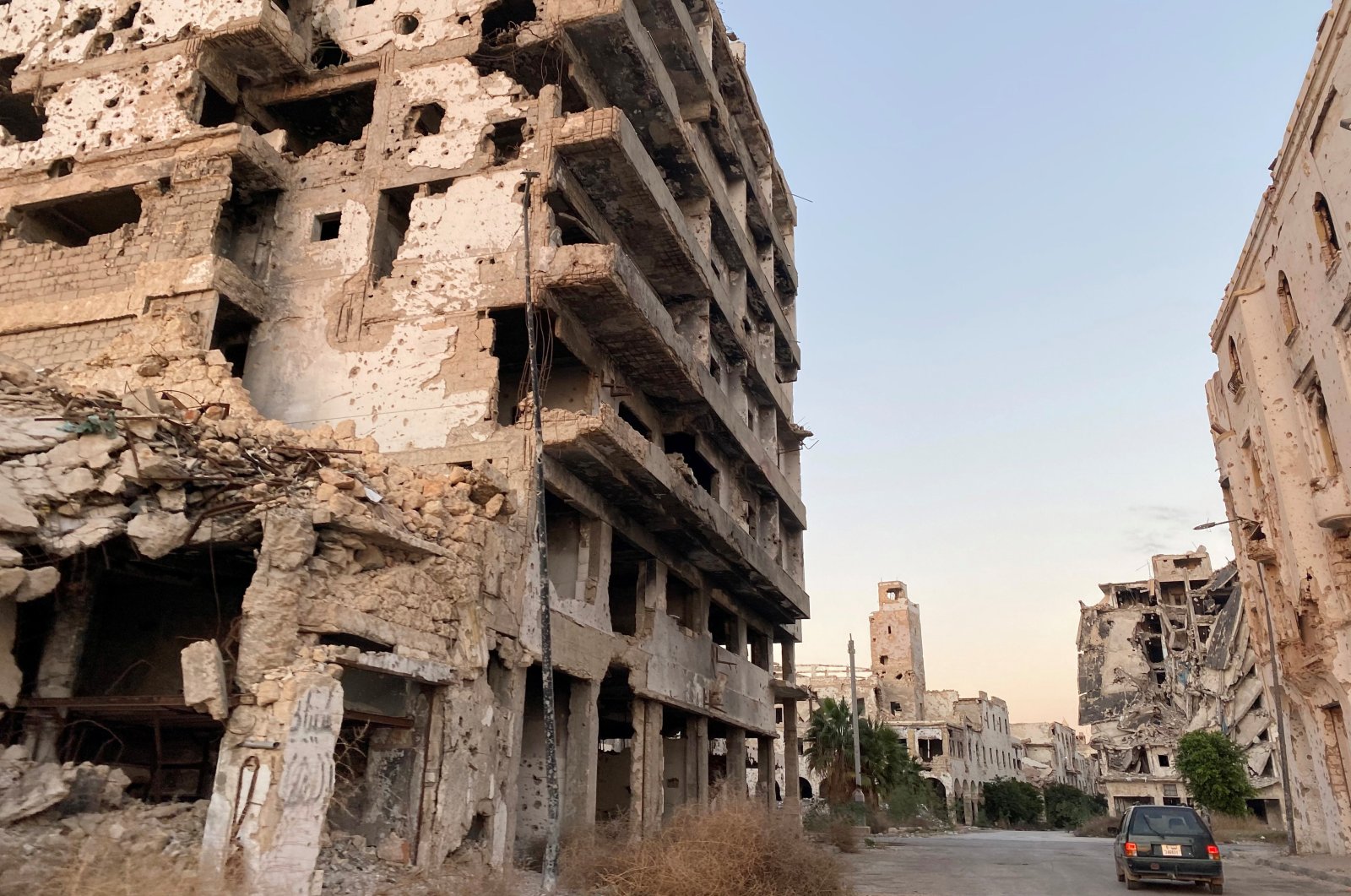 The United Nations Support Mission in Libya (UNSMIL) said Saturday it foresees the deployment of a limited number of international monitors to ensure the implementation of the cease-fire between the nation's warring rivals.

In a statement, the UNSMIL said a meeting was held by the co-chairs of the Security Work Council to discuss the security situation in Libya and ways to support the work of the 5+5 Joint Military Commission.

The statement called on Libya's rivals to accelerate the implementation of the cease-fire and the immediate repatriation of all foreign fighters and mercenaries.

"The Mission reaffirms that it foresees the deployment of a limited number of impartial, unarmed, non-uniformed, international monitors, to complement the Libyan monitors deployed by the 5+5 Joint Military Commission," it said.

The Joint Military Committee includes five members from the Tripoli-based and internationally recognized Government of National Accord (GNA) and five from the camp of eastern-based forces loyal to putschist Gen. Khalifa Haftar.

Based in Tripoli and currently led by Prime Minister Fayez Sarraj, the GNA was founded in 2015 under a U.N.-led agreement, but efforts for a long-term political settlement failed due to a military offensive by Haftar.

Sarraj's government has been battling Haftar's militias since April 2019 in a conflict that has claimed thousands of lives.

As efforts for a permanent solution continue in the war-torn country, Libyan authorities on Saturday discovered another new mass grave in the city of Tarhuna, about 90 kilometers (56 miles) northeast of the capital Tripoli. The grave is likely the work of militias affiliated with Haftar.

"Four bodies were exhumed from the grave in Alrabet 2 project area in the city," Lutfi Tawfiq, the director of the General Authority for Research and Identification of Missing Persons, told Anadolu Agency (AA).

The city of Tarhuna, a gateway to Libya’s center and east, had for years been controlled by the Kaniyat militia run by the local al-Kani family, which fought alongside Haftar’s eastern-based illegitimate forces. It adopted the name Ninth Brigade when the militia joined forces with Haftar.

Human Rights Watch (HRW) last week urged the GNA to investigate the fate of hundreds of people missing from the key town. Dozens of mass graves were found there after the withdrawal of a widely feared militia loyal to Haftar last summer.

In a statement, HRW quoted Libyan officials as saying that at least 338 residents of Tarhuna were reported missing. The majority of them disappeared during a 14-month military campaign to capture the capital led by forces loyal to eastern-based Haftar, according to the report.

The United Nations had described the discovery of mass graves around Tarhuna as "horror" in June last year.

Speaking to The Associated Press (AP) in an interview published on Saturday, Fathi Bashagha announced that Libya's Turkey-backed government forces will be conducting a substantial operation in the country's west to go after militants and human smugglers and invited the United States to assist.

“Our hopes were greatly lifted” by Biden's election victory, Bashagha said. “We hope that the new administration has a major role in Libya’s stability and reconciliation."

Oil-rich Libya was plunged into chaos after a 2011 NATO-backed uprising toppled and killed longtime dictator Moammar Gadhafi and split the country between the U.N.-supported government in the capital, Tripoli, and rival authorities based in the east.

Since last year, the two sides have been holding U.N.-led talks to name an interim government before elections later in 2021 but have so far failed to agree on a voting mechanism to do so. In October, the warring sides agreed to a cease-fire, which raised expectations of a peaceful resolution, and said that foreign fighters would leave Libya.

Bashagha, who spoke to the AP over the phone from Tripoli, said the withdrawal of foreign forces would be gradual. The rival east-based authorities have been bolstered by Russian mercenaries. The interior minister said he told Russia that Libya is prepared to talk business if the mercenaries leave.

Bashagha also credited U.S. efforts in helping defeat the Daesh terrorist group in the coastal city of Sirte in 2016. In 2019, the U.S. said its airstrikes in southern Libya killed dozens of members of the local Daesh affiliate. Bashagha says cooperation with the U.S. is ongoing but warned that extremists regained a foothold during Haftar's attempt to capture Tripoli.

Bashagha said he hoped the U.S. would back the upcoming operation in the west. Turkey has already pledged support, he said. “We hope the U.S. will assist us ... to finish off terrorist elements that have infiltrated Libya.”

The Trump administration's position on Libya has at times been confusing. The U.S. State Department condemned Haftar's push on Tripoli, but then Trump also made a phone call to Haftar, praising him for fighting terrorism. The administration later repeatedly spoke out against the Russian mercenaries employed by Haftar, who is also backed by Egypt and the United Arab Emirates (UAE).

He also said that the new operation in the country’s west would target migrant smugglers and could help address the root of the problem.

“The security and stability of Libya are important for Europe and the U.S.,” Bashagha said.