UN observes pattern of violence in English-speaking part of Cameroon 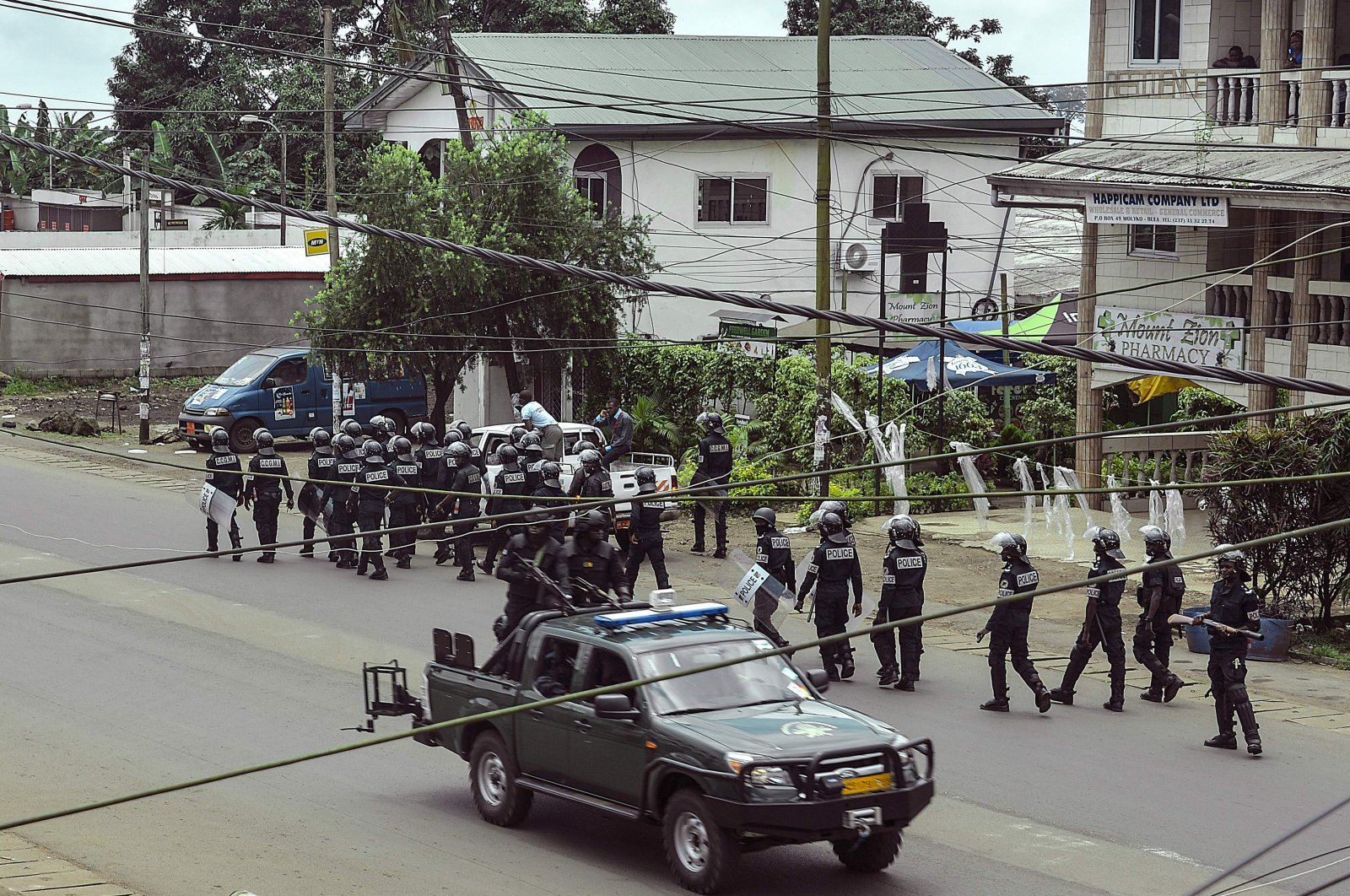 Cameroon police officials with riot equipment patrol along a street in the administrative quarter of Buea some 60 kilometers (37.2 miles) west of Douala on Oct. 1, 2017. (AFP Photo)
by Agencies Nov 05, 2020 12:37 pm
RECOMMENDED

Gunmen launched five assaults in less than two weeks in the country's North-West and South-West regions, the U.N. Humanitarian Coordinator in Cameroon, Matthias Naab, said in a statement.

On Wednesday, armed men attacked a college in the town of Limbe, torturing teachers and children. On the same day, nine children were kidnapped on their way to school in Fundong and but later released, according to Naab.

Unidentified armed men kidnapped 11 teachers and school staff from a primary and secondary school in the town of Kumbo on Tuesday. Another 15 schoolchildren from Bamenda were abducted on their way back from school on Oct. 23.

"They carted away a total of 11 teachers and dispersed the children to go home unhurt," the Presbyterian Church in Cameroon said in a statement about Tuesday's kidnapping.

Six of them were released the following day, several of whom had been subjected to torture and had to be hospitalized.

A day later, gunmen killed eight schoolchildren in the town of Kumba. No group has so far claimed responsibility for the attacks.

"These incidents are part of a pattern of violence ... by non-state armed groups who are calling on residents to boycott schools in the two regions," said Naab.

Cameroon has been troubled by unrest and attacks on civilians since its two main English-speaking areas, the northwest and southwest regions, announced in late 2016 that they wished to secede and form a new country called Ambazonia. English speakers have long complained of being treated like second-class citizens and receiving less government funding in Cameroon, which is mostly French-speaking.

In November 2019, the U.N. International Children's Emergency Fund (UNICEF) estimated that some 855,000 children in Cameroon's anglophone regions did not attend school, according to Agence France-Presse (AFP).

More than 4,100 public primary schools, around 90% of the total and 77% of public secondary schools were either closed or not operating, UNICEF said.