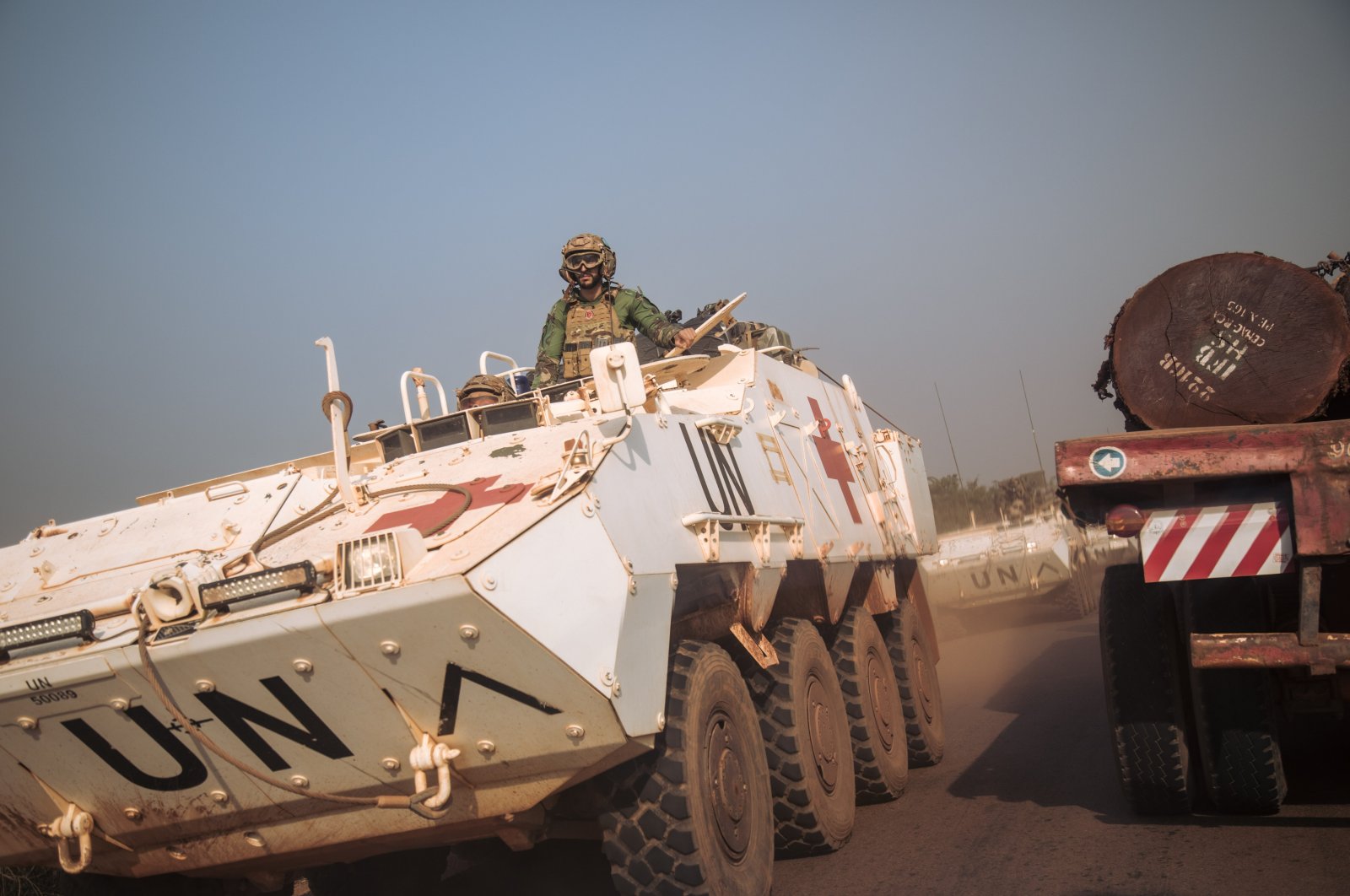 The United Nations said Wednesday that it was "deeply alarmed" by unrest in the Central African Republic, which it said posed a serious threat to public safety and to upcoming elections.

The Central African Republic's fourth-largest town, Bambari, was seized by rebels on Tuesday ahead of presidential and legislative polls scheduled for Sunday. It is now back under the control of U.N. peacekeepers and national security forces.

"Armed violence presents serious risks to the safety of civilians and the exercise of the right to vote," U.N. Human Rights Office spokesperson Liz Throssell said in a statement. "We are deeply alarmed by reports of escalating violence stoked by political grievances and hate speech, resulting in the forced displacement of civilians, including to neighboring countries."

The Human Rights Office called for all parties in the Central African Republic to "put an end to the violence" and reminded them that they were bound by international humanitarian and human rights laws.

"The protection of civilians is paramount," said Throssell. "We believe that neighboring countries, the African Union and the Economic Community for Central African States (ECOWAS) have a central role to play in ensuring a peaceful resolution of this crisis and protecting the civilian population."

Panic gripped the streets of Bangui on Wednesday with businesses closing and people holing up in their homes as the country braced for a general election that has stoked the embers of violence. Rwanda and Russia have sent military aid to help the government restore calm as security forces and U.N. peacekeepers battle rebels who have occupied towns and roads outside the capital.

Russia, seeking to increase its influence in Africa, is an ally of President Faustin-Archange Touadera, a relationship often seen as a threat to the influence of former colonial power France in the French-speaking country.

"The attackers were immediately repulsed," a spokesperson for the peacekeeping force known as MINUSCA said in a statement.

The Central African Republic, rich in diamonds, timber and gold, has been racked by five coups and numerous rebellions since independence from France in 1960. Slightly larger than France but with a population of only about 5 million, it has been gripped by insecurity since the 2013 ousting of then-President Francois Bozize by mainly Seleka fighters.

The country has failed to stabilize, despite the signing of several peace deals between warring militias, the election of Touadera in 2015, and the presence of over 12,800 uniformed U.N. peacekeepers.

Touadera, seeking another mandate, is the favorite to win the presidential election in a field of 17 candidates. Electors will also vote for a new parliament. The latest crisis flared after the country's top court rejected several candidacies for the election, including that of ex-president Bozize. The government has accused Bozize of plotting a coup with several militia groups, an accusation Bozize's party has denied.

A number of rebel groups have formed an alliance and are threatening to march on the capital ahead of Sunday's election. Some opposition parties have called for voting to be postponed due to the latest violence. This has been rejected by the government.

The U.N., which has placed its troops in the capital and other regions on high alert, has promised to protect civilians and secure the vote. It has also rejected a postponement, fearing a power vacuum.