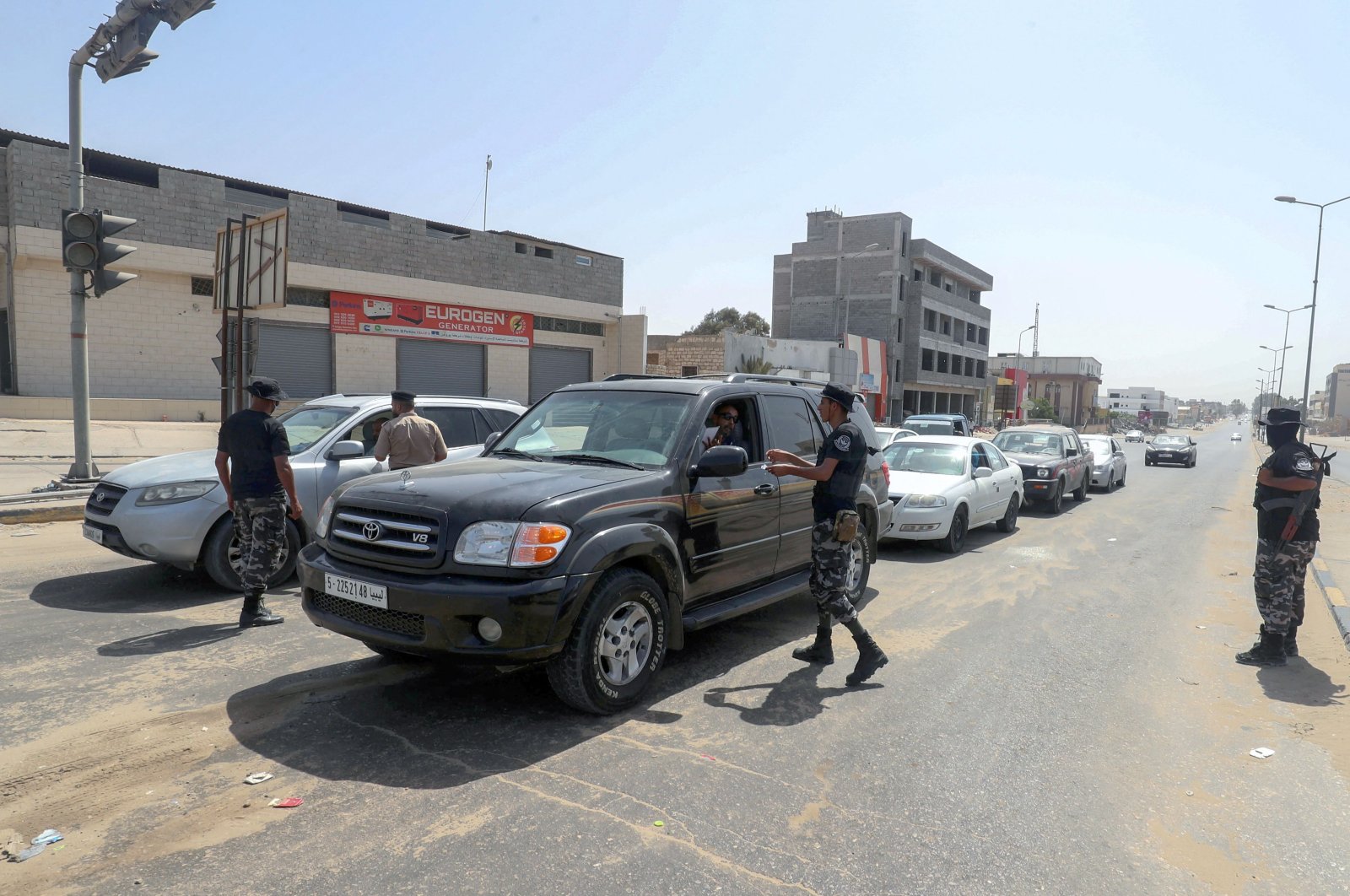 Libyan security officers run a checkpoint to verify the implementation of a total curfew the authorities announced a day earlier to mitigate the spread of the COVID-19 pandemic, in the capital Tripoli, Libya, Aug. 7, 2021. (AFP Photo)
by DAILY SABAH Aug 20, 2021 11:04 am
RECOMMENDED

The United Nations Support Mission in Libya (UNSMIL) has warned rival parties in Libya to refrain from any military mobilization that could obstruct the North African country’s path toward elections in December.

The UNSMIL in a written statement shared on Twitter Thursday urged all parties to “refrain from any mobilization or deployment of security elements and troops that may be perceived as an escalation and may undermine the implementation of the Oct. 23, 2020, cease-fire agreement.”

It further urged all parties to respect the lines of demarcation as they were at the time of the signing of the cease-fire agreement.

A U.N.-brokered cease-fire signed in October between warring eastern and western camps has largely held.

But despite months of relative peace, Libyans remain at odds over when the elections should be held, which elections and on what legal basis.

The same deal inked in October also stipulated that all foreign forces and mercenaries – which support different sides in the conflict – withdraw from Libya within three months, a provision that has not been met. The U.N. has frequently voiced that the presence of mercenaries is a threat to peace and stability in Libya.

Meanwhile, Russia's top diplomat assured his Libyan counterpart Thursday that Moscow supports the withdrawal of all foreign fighters from the North African country and is prepared to help work out the details with other countries.

Russian Foreign Minister Sergey Lavrov said after the talks in Moscow with Najla Mangoush that the Libyan leadership “is forming a consultative mechanism ... to formulate the concrete parameters” under which the foreign forces will leave.

Russia was among the foreign powers backing the warring sides in Libya’s conflict, with some officials and media reports alleging that Russian private military contractors took part in the fighting.

"We will be prepared to constructively take part in this work alongside other countries,” Lavrov told a press conference.

The Libyan foreign minister said her government considers the issue of withdrawing foreign fighters “important” and “a priority,” but stressed that it should be done gradually and “in a synchronized manner."

“That's why working out implementation mechanisms is necessary," Mangoush said. "Such decisions are aimed to avoid repeating (the) negative lessons of some of our neighbors, to avoid an ill-considered withdrawal of troops and to avoid sliding into chaos, so that the national security of Libya doesn't suffer in the end,” she explained.