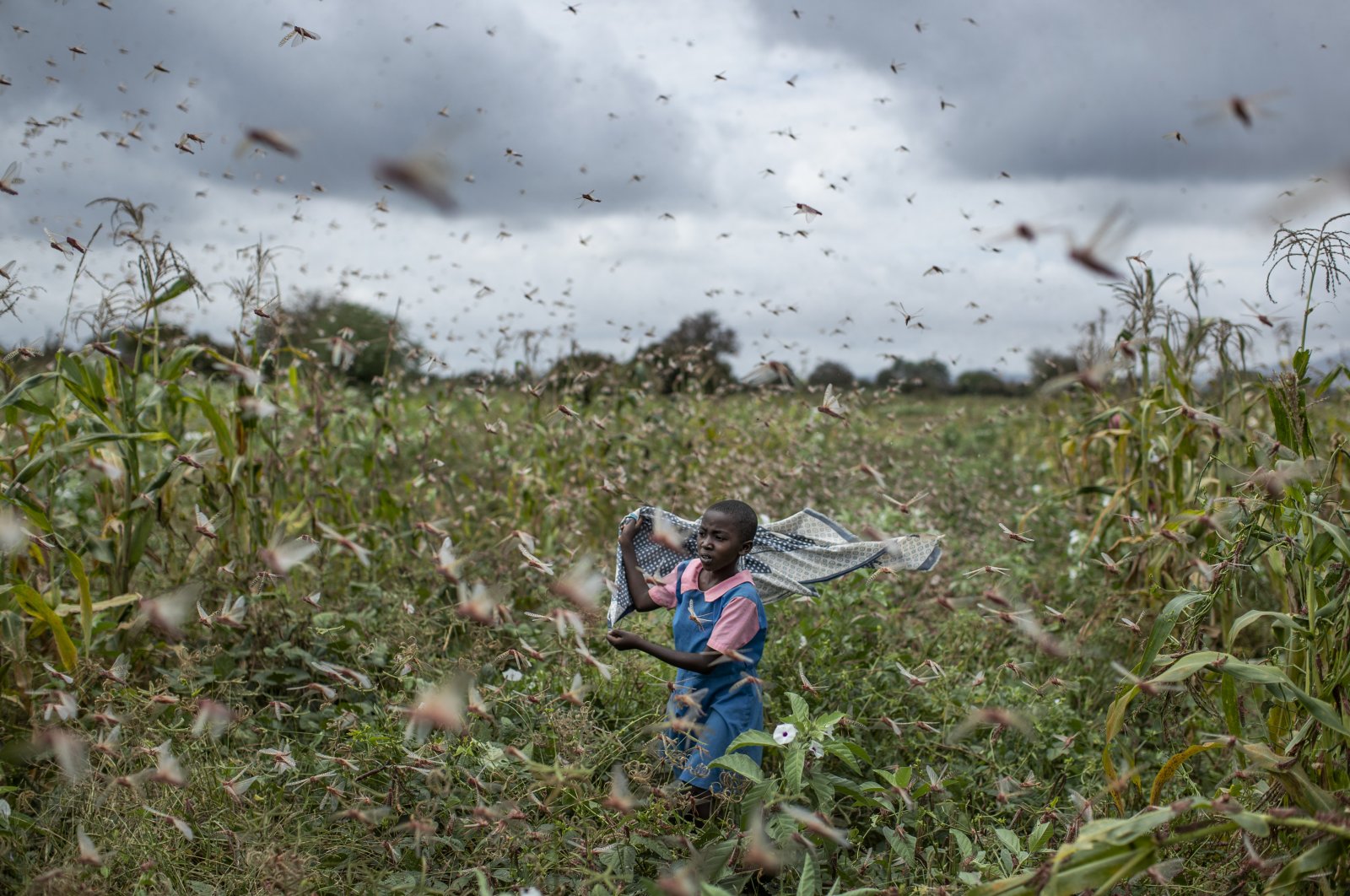 A farmer's daughter waves her shawl in the air to try to chase away swarms of desert locusts from her crops, in Katitika village, Kitui county, Kenya, Jan. 24, 2020. (AP Photo)
by Compiled from Wire Services Mar 12, 2020 5:15 pm

The U.N. Food and Agriculture Organization (FAO) said new locust swarms began to form in the Horn of Africa, especially in Kenya, Somalia and Ethiopia, and some other countries.

According to a report by FAO, the new swarms are "representing an unprecedented threat to food security and livelihoods at the beginning of the upcoming cropping season." It was further added that the swarms might affect a variety of countries, including Kenya, Ethiopia, Somalia, Sudan, Eritrea, Saudi Arabia, Kuwait, the United Arab Emirates, Iran and Pakistan. Officials have warned that the outbreak could lead to famine in Africa, which is already struggling with food insecurity.

The insects have since fanned out and wreaked havoc on farms from East Africa to India before making their way into Pakistan from the desert on the country’s southwestern border with Iran. Pakistan has declared a national emergency to battle the swarms of desert locusts which are eating crops on a large scale and raising fears of food insecurity.

A lotus swarm with population of 40-80 million is able to consume food enough for 35,000 human beings within a day. Additionally, swarms can cover a distance of 150 kilometers (93 miles) a day.