US expresses 'disappointment' over delay of Libyan elections 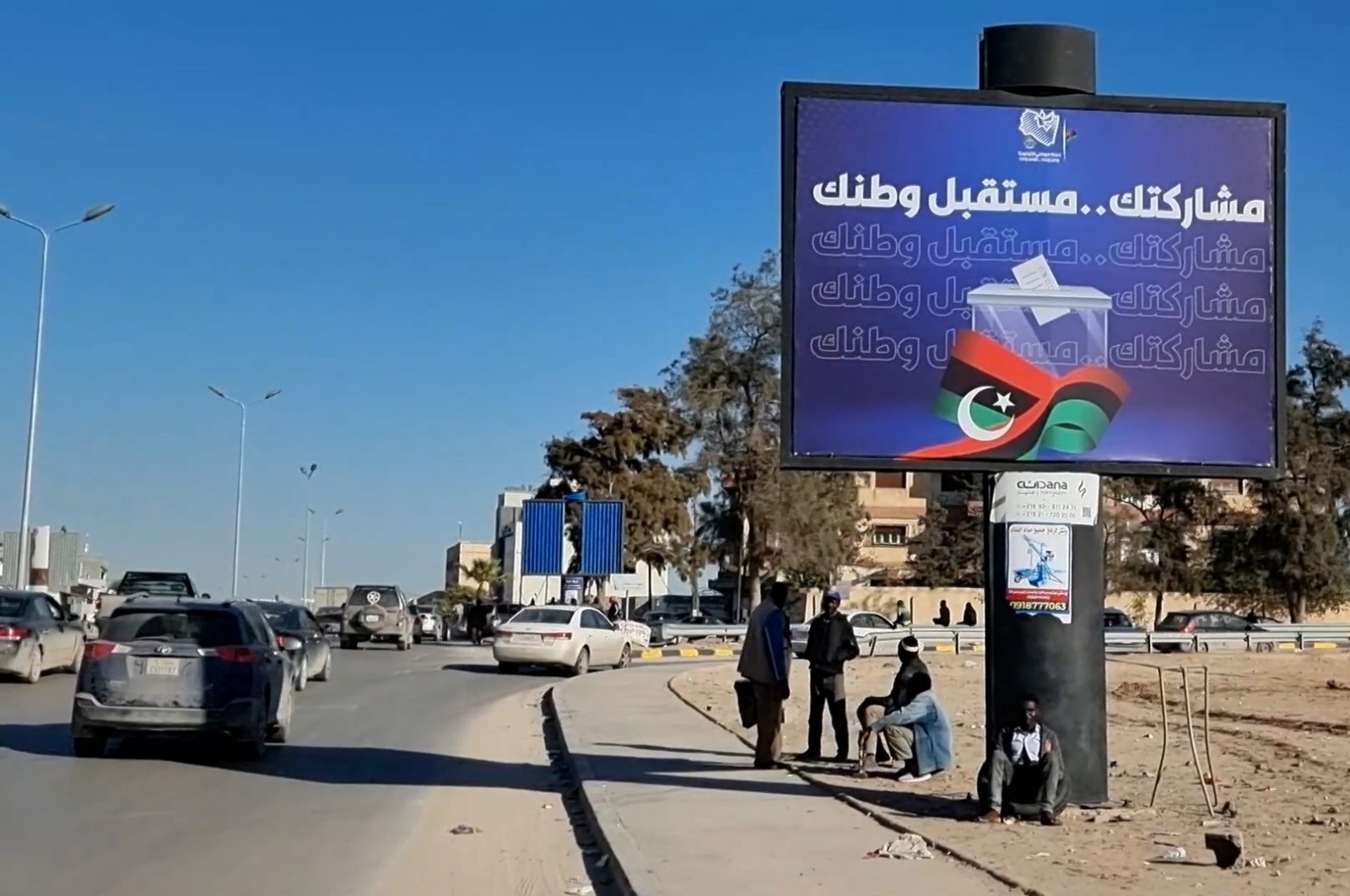 Workers sit near an electoral billboard reading in Arabic 'Our participation is the future of your country' in Tripoli, Libya, 22 December 2021. (EPA Photo)
by Anadolu Agency Dec 23, 2021 12:50 pm
RECOMMENDED

The United States Wednesday expressed its disappointment over the anticipated delay of Libya's presidential elections.

"The U.S. shares the concern and disappointment of the vast majority of Libyans who expect to have the opportunity to vote for their country's future," U.S. Ambassador to Libya Richard Norland said in a statement.

The envoy called on the Libyan leaders to "expeditiously address all legal and political obstacles to hold elections, including finalizing the list of presidential candidates."

The commission cited obstacles hindering holding the polls on time and called on the House of Representatives to work to remove the current obstacles facing the ballot.

Norland warned all Libyan sides against "unilateral actions or armed deployments that risk escalation and unintended consequences detrimental to the security and safety of Libyans."

On Tuesday, the areas of Ain Zara and al-Sidra as well as the al-Shok road in the capital, Tripoli, witnessed the mobilization of militias and erection of barriers by security and military authorities affiliated with the Libyan government, according to eyewitnesses and social media posts.

The U.S. diplomat urged all Libyan citizens to be "vigilant about the spread of disinformation that only advantages those who wish to disrupt Libya's future progress."

Libyan rival parties have been in disagreement over the voting timetable for the presidential and parliamentary elections to be held simultaneously or one after the other.

Libyans hope that the upcoming elections will put an end to the armed conflict that has plagued the oil-rich country for years.