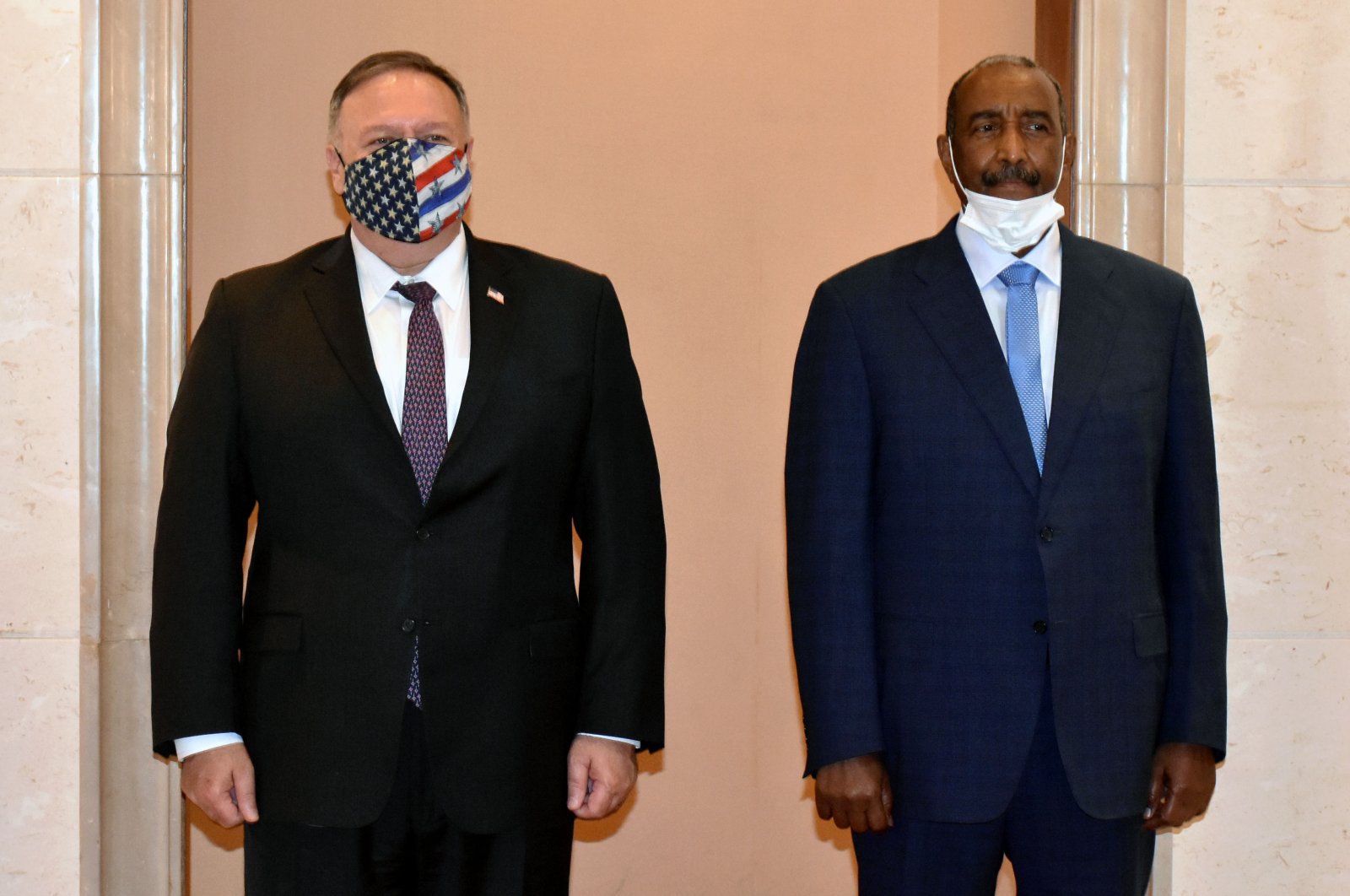 U.S. President Donald Trump, who seemingly never grasped the gravity of the responsibilities of the presidency during his four-year term, is taking his last breaths before handing over the keys to the White House to President-elect Joe Biden. With barely a month left in office, Trump is hurrying to fulfill his unilateral plan for the Middle East using different diplomatic stimuli to bring Israel and Arab states together.

Shortly after the White House announced an agreement it helped broker for Morocco to normalize relations with Israel, Washington, who once labeled Khartoum a hub of the "axis of evil," formally removed Sudan from its blacklist of state sponsors of terrorism as part of a quid pro quo for normalizing relations with the Jewish state.

The U.S. Embassy in Khartoum said in a Facebook post that the removal of Sudan would be effective as of Monday and that a notification to that effect, signed by U.S. Secretary of State Mike Pompeo, would be published in the Federal Register. It said the 45-day congressional notification period has lapsed, according to The Associated Press (AP).

The designation of Sudan as a state sponsor of terrorism dates back to the 1990s when Sudan briefly hosted al-Qaida leader Osama bin Laden and other wanted militants. Delisting Sudan is also a key incentive for the government in Khartoum to normalize relations with Israel. The two countries have agreed to have full diplomatic ties, making Sudan the third Arab state – after the United Arab Emirates (UAE) and Bahrain – to move to normalize relations with Israel this year, without securing the rights of the long-occupied Palestinians. After Sudan, Morocco also established diplomatic ties with Israel.

Sudan is on a fragile transition to democracy following an uprising that led to the military’s ouster of former autocratic President Omar al-Bashir in April 2019. The county is now ruled by a joint military and civilian government that seeks better ties with Washington and the West.

In October, the Trump administration announced that he was delisting Sudan, a step desperately sought by the nation's new civilian-backed government as the designation severely impeded foreign investment. As part of a deal, Sudan agreed to pay $335 million to compensate survivors and victims' families from the twin 1998 attacks on U.S. embassies in Kenya and Tanzania, attacks carried out by al-Qaida while bin Laden was living in Sudan and the 2000 attack on the USS Cole off Yemen's coast.

According to the October announcement, once the compensation money was deposited, Trump was to sign an order removing Sudan from the terrorism list on which it has languished under heavy American sanctions for 27 years. Since Trump's announcement, the Sudanese government also inked an agreement with the U.S. that could effectively stop any future compensation claims being filed against the African country in U.S. courts.

The deal restores in U.S. courts what is known as sovereign immunity to the Sudanese government. It would, however, enter into force after U.S. Congress passes legislation needed to implement the agreement. Khartoum has said the $335 million in compensation money would be held in an escrow account until then.

Meanwhile, the military and civilian leaders of Sudan's transitional government have been divided over how quickly it should establish ties with Israel and the extent of those ties. Despite the Sudanese army's willingness to normalize relations with Israel after Sovereign Council chief Abdel Fattah al-Burhan's meeting with Israeli Prime Minister Benjamin Netanyahu in February in Uganda, the civil transition government seems reluctant to take hasty steps. The secret meeting sparked outrage in the country as the Sudanese people are unhappy with the fundamental change in foreign policy.

In the past, Israel and Sudan were usually on opposing sides since Sudan supported Egypt during its wars with Israel in the 1960s and 1970s. In the wake of the Six-Day War in 1967, the Arab League summit in Khartoum said no to three points regarding Israel. The three points included: no peace with, no recognition of and no negotiations with Israel. At the time it was considered taboo to even talk about establishing any kind of relations with Israel.

Under ousted al-Bashir, Israel saw Sudan as a pipeline for Iran to supply weapons to Palestinians in the Gaza Strip. Israel was believed to have been behind airstrikes in Sudan that destroyed a convoy in 2009 and a weapons factory in 2012.

Following the ouster of al-Bashir, the new Sudanese administration seems vulnerable to Israel's new Middle East policy, which aims to establish relations with Arab countries in order to gain legitimacy for Israel's illegal borders and occupation of Palestinian lands. It is believed that an Israeli deal with Sudan would mark a new setback for the Palestinians, who have long counted on the Arab world to press Israel to make concessions to them as a condition for normalization. That wall of Arab support had long served as one of the Palestinians’ few points of leverage against Israel.