World struggles to stem resurgence of coronavirus as infections rise 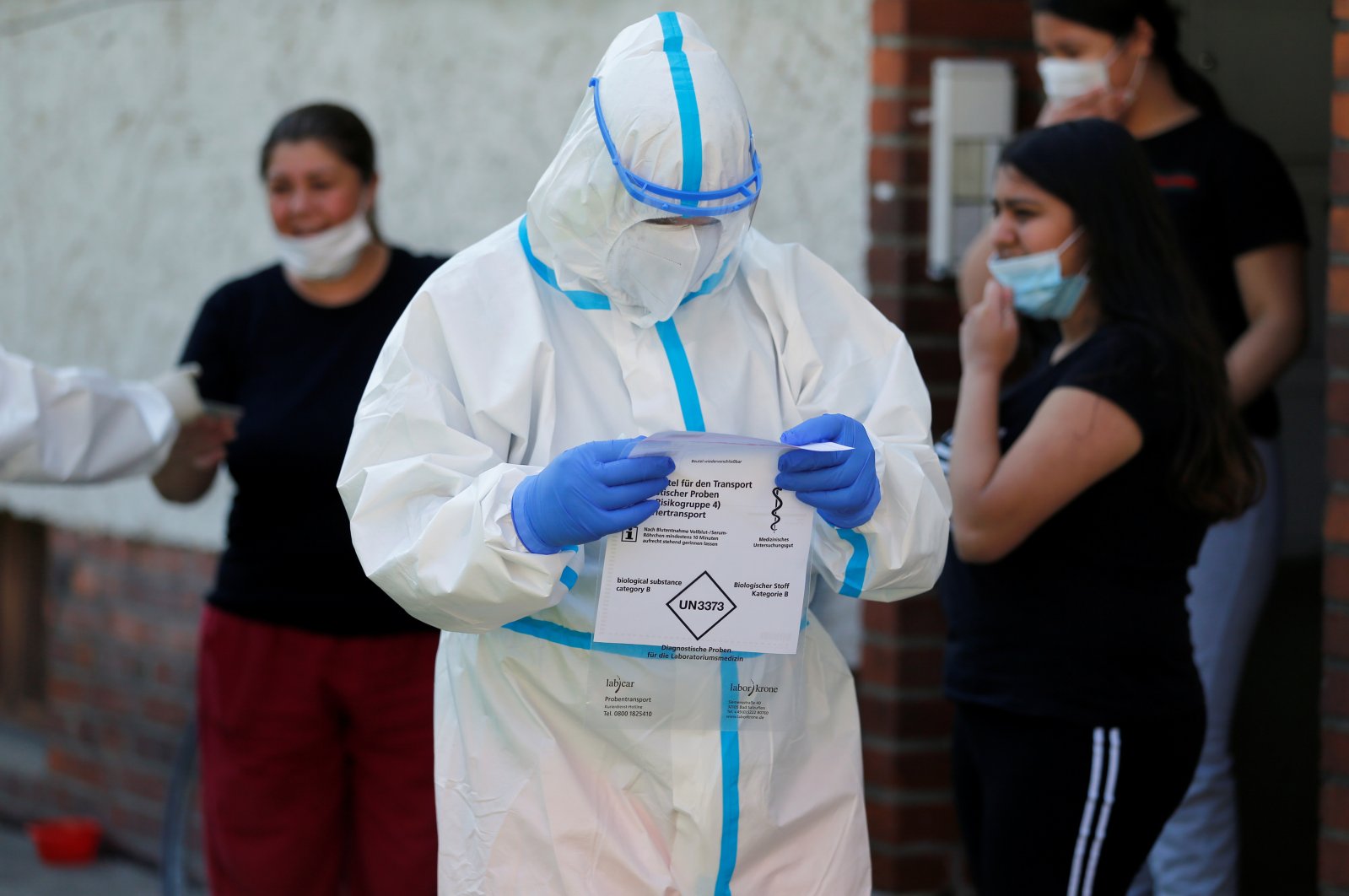 A member of a mobile testing unit of the German Army and German Red Cross is seen after testing residents for the coronavirus disease, Guetersloh, Germany, June 22, 2020. (Reuters Photo)
by DAILY SABAH WITH AGENCIES Jun 23, 2020 12:43 pm
RECOMMENDED

The number of global coronavirus cases continued to surge Tuesday in many large countries that have been lifting lockdowns as some countries that had initial success in stamping out the virus are finding pockets of resurgence.

As Europe slowly reopens, German authorities on Tuesday ordered a new lockdown for an entire district, the first since easing coronavirus restrictions and a major setback to hopes of a swift return to normality. "For the first time in Germany, we will return an entire district to the measures that applied several weeks ago," said Armin Laschet, state premier of North Rhine-Westphalia. "We will reintroduce a lockdown in the district of Guetersloh," he said, adding that the restrictions cover 360,000 people and will be valid until at least June 30.

The move came after a coronavirus outbreak at a slaughterhouse in the town of Rheda-Wiedenbrueck left more than 1,500 workers out of a total of nearly 7,000 infected. The outbreak in Germany's most populous state is the biggest since the country began lifting the lockdown in early May.

Worldwide, more than 9 million people have been confirmed infected by the virus and more than 472,000 have died, according to the Johns Hopkins University tally. Experts say the true numbers are much higher because of limited testing and cases in which patients had no symptoms.

WHO Director-General Tedros Adhanom Ghebreyesus said it took more than three months for the world to see 1 million confirmed infections, but just eight days to see the most recent 1 million cases. “The greatest threat we face now is not the virus itself; it’s the lack of global solidarity and global leadership," he said during a videoconference for the Dubai-based World Government Summit.

The U.S. passed the grim milestone of 120,000 coronavirus-related deaths on Monday when it tallied another 425 fatalities in 24 hours. The U.S. leads the world in coronavirus infections and deaths, with 2,310,798 cases confirmed and 120,393 deaths. Surges in cases across the South and West are raising fears that progress against the virus is slipping away, as states reopen and many Americans resist wearing masks and keeping their distance from others.

U.S. President Donald Trump said Monday that the virus death toll in the U.S. could surpass 150,000, though he insisted that 2 million to 4 million lives would have been lost if the country had not taken steps to slow the spread of the disease.

Brazil crossed the 1 million threshold for coronavirus cases, a day after large crowds gathered at Rio de Janeiro beaches over the weekend. Many were seen without masks, as they ignored the WHO's guidelines to maintain 1 meter (3.3 feet) of distance between people.

In other parts of the world, South Africa’s coronavirus cases have surpassed 100,000 as the country makes up close to one-third of all recorded infections on the African continent. The latest daily update shows a worrying new trend as Gauteng province, home to South Africa’s economic hub of Johannesburg, has a higher number of new cases than the hot spot of Western Cape province centered on the city of Cape Town. Virus cases in Gauteng, which also contains the capital, Pretoria, now make up more than one-fifth of South Africa’s total. South Africa continues to loosen its lockdown despite the rise in cases because of economic pressure, with casinos and beauty parlors the latest businesses allowed to open.

Africa overall has more than 315,000 cases including more than 8,000 deaths. The true number of cases remains unknown because of the low level of testing on the continent due to a shortage of supplies.