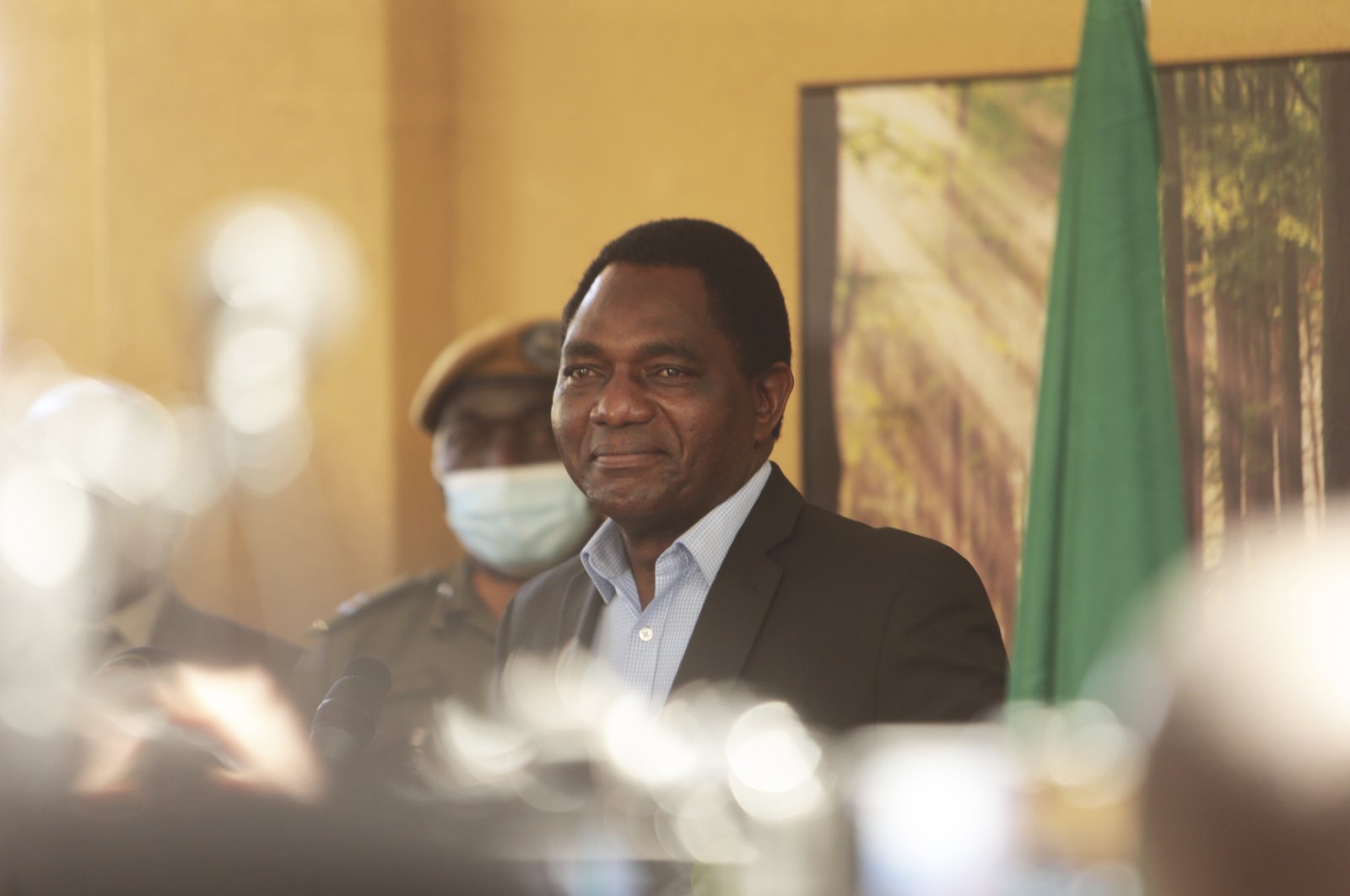 After a campaign dominated by the country's economic woes and marked by sporadic violence, Hichilema garnered 2,810,757 votes against 1,814,201 for President Edgar Lungu, according to nearly final results.

In a nationally televised address, he added: "I want to thank you, Zambian people, for giving me a great opportunity to be your president. I will forever cherish and appreciate the authority you invested in me."

The electoral commission proclaimed Hichilema president-elect in the early hours of Monday, bringing the curtain down on Lungu's nearly six-year reign.

As his victory became clear, Hichilema on Sunday called for peace.

"Let us be the change we voted for and embrace the spirit of Ubuntu (humanity) to love and live together harmoniously," he tweeted.

It was the 59-year-old's sixth bid for the top job and his third challenge to his bitter rival Lungu, 64.

After losing against Lungu by a wafer-thin 100,000-vote margin in 2016, Hichilema won Thursday's vote by nearly a million ballots.

Thousands of Hichilema supporters flocked onto the streets of Lusaka, erupting into song and dance, cheering and waving party flags.

The celebrations continued into dawn, as hundreds of people congregated outside Hichilema's house in a leafy suburb of the capital.

"I am so excited, finally he has done it! Tonight we are celebrating Bally's victory," said 21-year-old Rosemary Malunga, referring to Hichilema by his nickname, which is slang for "father."

Hundreds also took their victory lap to the entrance of the presidential residence, where soldiers and police kept guard.

On Saturday, as ballots were being counted, Lungu claimed the vote was neither free nor fair, but his objections gained little traction.

International election observers have commended the polls' transparent and peaceful organization, which saw a turnout of around 70.9% – a huge jump from the 57.7% posted in the 2016 polls.

But they also criticized restrictions on freedom of assembly and movement during campaigning.

Lungu deployed the military following pre-election clashes and reinforced the army presence in three provinces after two deaths were reported on election day.

Social media access was restricted in the capital Lusaka just as Hichilema cast his vote but was restored on Saturday following a court order.

Observers saw the election as a referendum on Lungu's rule, which saw plummeting living standards and deepening repression in the country of more than 17 million.

Hichilema enjoyed the backing of 10 opposition parties, which threw their weight behind his United Party for National Development (UPND).

Legislative and local elections were held alongside the presidential ballot on Thursday.

"Amidst an unprecedented public health challenge, the Zambian people have made Africa proud for conducting a successful election," Odinga tweeted.

The election, he hoped, strengthens Zambia's democracy "and reminds fellow Africans elsewhere that nothing is impossible."

Despite occasional episodes of political violence, Zambia has earned a reputation for stability. Every transition of power has been peaceful since the former British colony adopted its multiparty system in 1990.

"Zambians have lived up to be true democrats. It's a different African story," Ringisai Chikohomero, a researcher at the Pretoria-based Institute for Security Studies, told Agence France-Presse (AFP).

Hichilema's prime task after taking office will be to tackle an economy wracked by high debt, inflation and unemployment.

Last year, the copper-rich southern African nation became the first country on the continent to default on its debt in the coronavirus era.