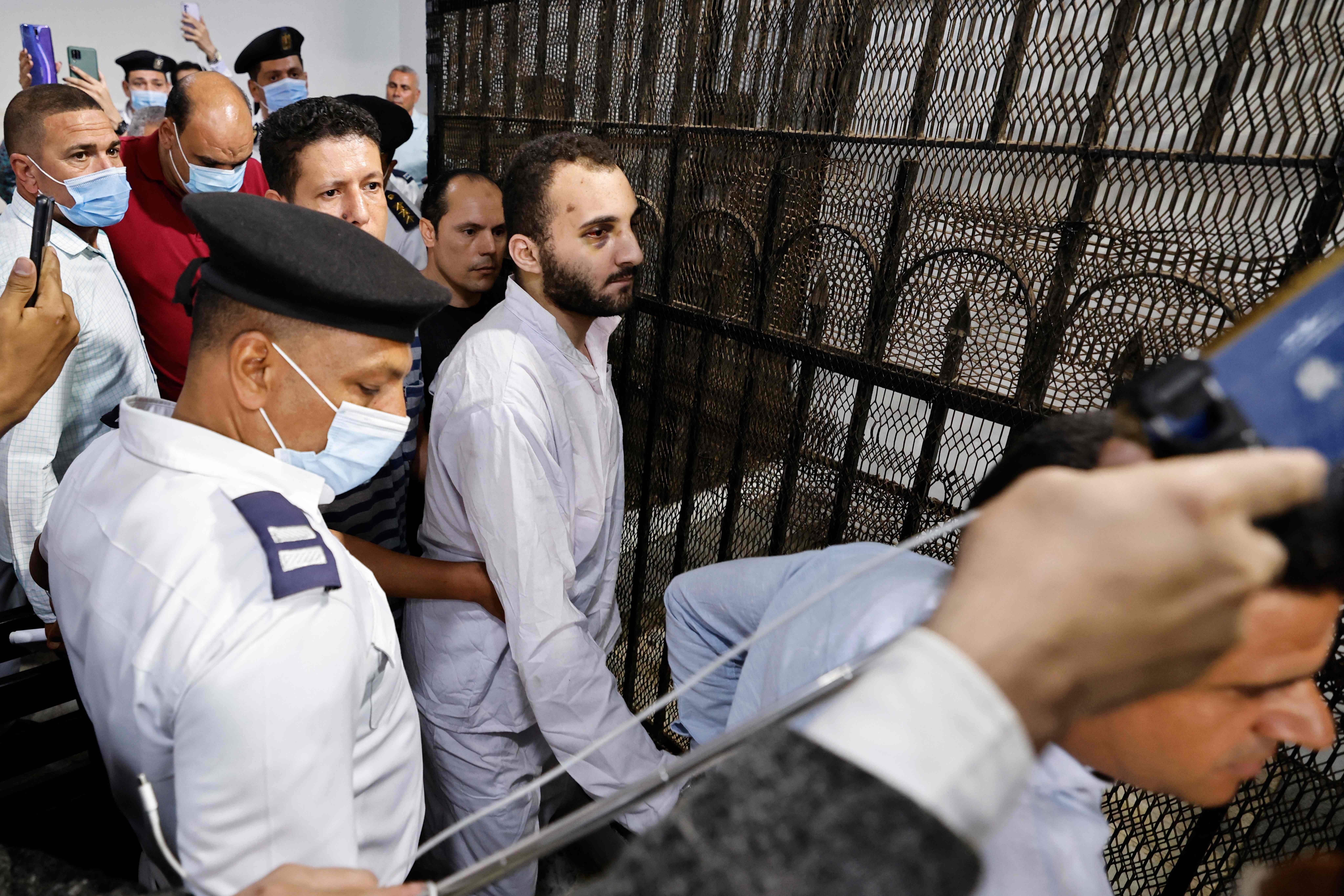 Egyptian Mohamed Adel (C), the alleged murderer of university of Mansoura student Naira Ashraf, is surrounded by guards during as he is taken out of the defender's box, after his first trial session at the Mansoura courthouse, Cairo, Egypt, June 26, 2022. (Photo by Khaled DESOUKI / AFP)
by Agence France-Presse - AFP Jun 26, 2022 9:06 pm
RECOMMENDED

A week after the video went viral last week showing an Egyptian man fatally stabbing a woman in public, the trial began Sunday. The man stabbed the woman to death after she rejected his advances – a case that drew widespread outrage across the world.

The victim, identified as student Nayera Ashraf, was stabbed by a young man outside her university. The crime has triggered widespread anger both in Egypt and beyond, having been followed a few days later by a similar incident in which Jordanian student Iman Irshaid was shot dead on a university campus.

Ashraf had previously reported the alleged perpetrator to the authorities, fearing that he would attack her, according to her father and witnesses. The maximum penalty for murder is death in Egypt, which carried out the third highest number of executions in the world in 2021, according to Amnesty International.

"He stabbed her several times," said the prosecution, which found "messages threatening to cut her throat" on the victim's phone. The next hearing is set for Tuesday, the defendant's lawyer, Ahmed Hamad, told AFP.

In a rare occurrence among cases involving violence against women, authorities allowed television cameras to film the hearing on Sunday. On social media, many Jordanian and Egyptian users called for the perpetrator to be sentenced to death, while others said men must "learn to take no for an answer."

Egyptian preacher Mabrouk Attia sparked outrage last week after suggesting that the victim would not have met the same fate had she been veiled.

Nearly 8 million Egyptian women were victims of violence committed by their partners or relatives, or by strangers in public spaces, according to a United Nations survey conducted in 2015.