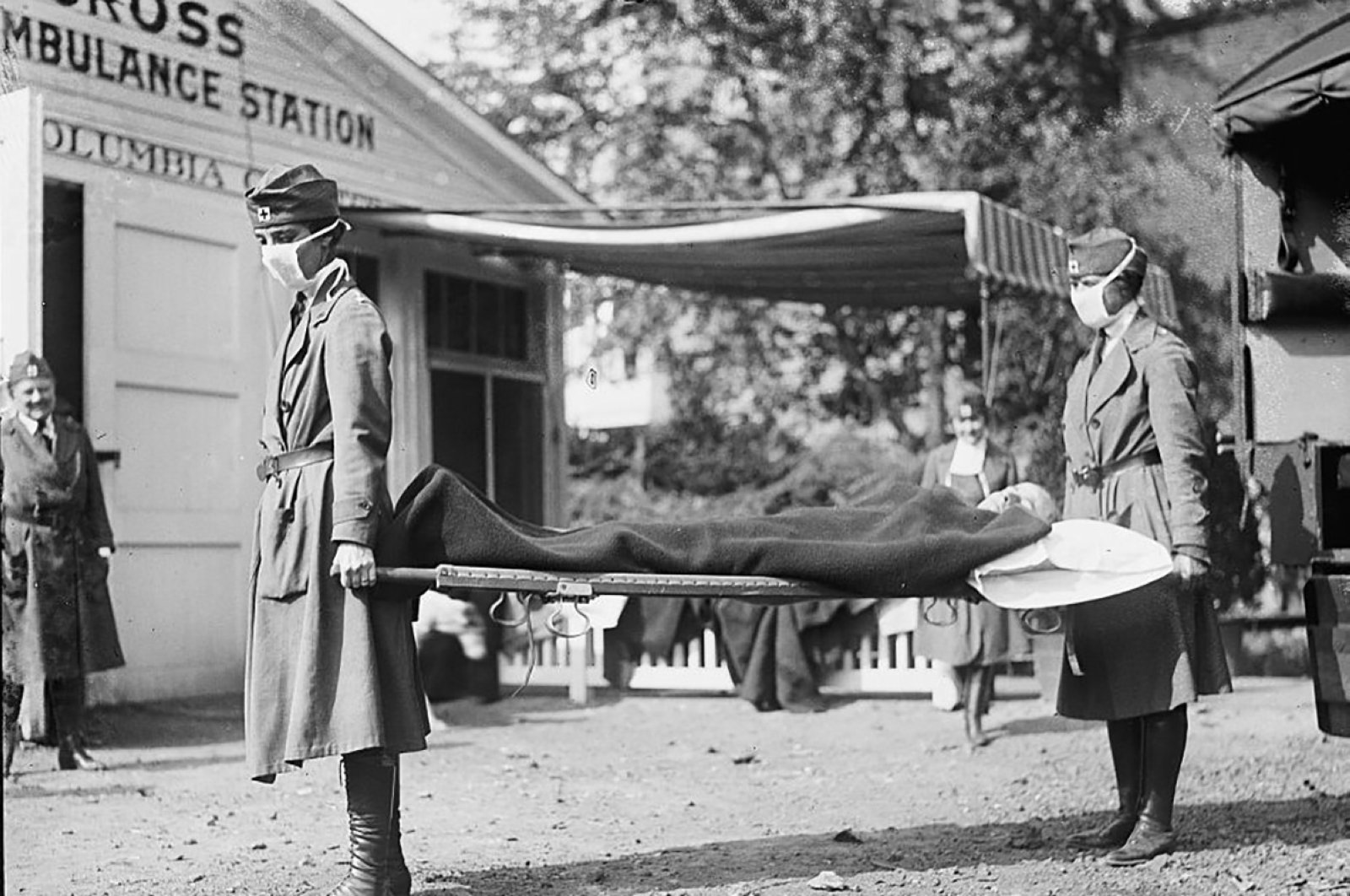 Nurses take part in a demonstration at the Red Cross Emergency Ambulance Station in Washington, D.C., during the Spanish Flu pandemic of 1918 in Washington, US.(Reuters Photo)
by Compiled from Wire Services
Apr 23, 2020 2:29 pm

A 100-year-old American World War II veteran who lost a twin brother to the Spanish flu pandemic in the late 1910s has died of COVID-19 in New York state.

The veteran’s grandson Warren Zysman told CNN that his grandfather Philip Kahn, who was the oldest veteran in Nassau County, had been fearful of another pandemic as he had lost a family member to the pandemic that had spread more than 100 years ago.

“It was something he brought up quite frequently," Zysman told CNN. "I would have conversations with him, he would say to me, 'I told you history repeats itself, 100 years is not that long of a period of time.'"

Kahn and his twin brother were born on Dec. 5, 1919. Kahn’s brother died weeks later amid the pandemic of the Spanish flu, which appeared in 1918.

According to the Centers for Disease Control and Prevention (CDC), the disease took the lives of more than 50 million people across the world.

Zysman said his grandfather served as a sergeant in the U.S. Air Force during WWII. He was awarded two Bronze Star Medals for his service in the war. Kahn, who worked as an electrical foreman to help build the World Trade Center after the war, lived on Long Island alone and had a healthy lifestyle as he walked 1-2 miles every day.

The veteran was continually following the coronavirus developments in the news. In the last days before his death on April 17, Kahn noticed some of the respiratory symptoms of COVID-19 such as coughing and was aware of the possibility that he could catch the virus, according to his grandson.

“He talked about his brother a lot in the last few days," Zysman said.

Kahn had been tested for the coronavirus, but he died before the results were received.

Worldwide the new coronavirus has infected more than 2.6 million people and caused almost 185,000 deaths, according to a Johns Hopkins University count. The U.S. has been the hardest hit country with more than 842,000 infections and more than 46,000 deaths.