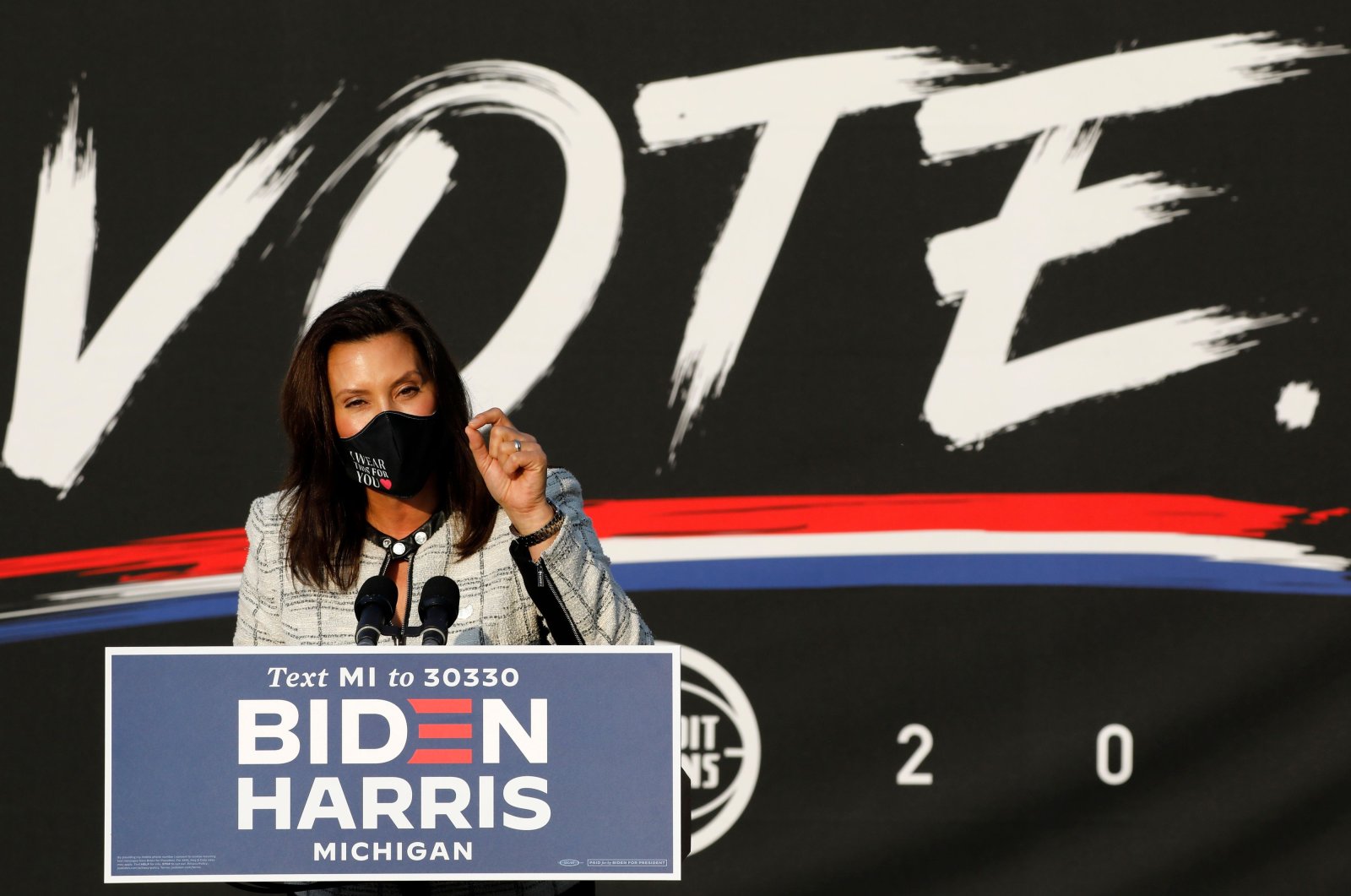 Thirteen men, including members of two right-wing militias, have been arrested for plotting to kidnap the Democratic governor of the U.S. state of Michigan and "instigate a civil war," officials said Thursday.

A sworn affidavit from an FBI agent detailed the outlines of the kidnappers' plan. The FBI said it became aware through social media in early 2020 "that a group of individuals was discussing the violent overthrow of certain government and law-enforcement components." A confidential informant attended a meeting in June of around 14 people, the FBI said, where the group "talked about creating a society that followed the U.S. Bill of Rights and where they could be self-sufficient." "They discussed different ways of achieving this goal from peaceful endeavors to violent actions," the affidavit said.

The arrests and Whitmer's comments come less than a month before the presidential election in a key battleground state, where recent polls show Democratic candidate Joe Biden has a lead.

Six men were charged in federal court with conspiring to kidnap the governor in reaction to what they viewed as her “uncontrolled power,” according to a federal complaint. Separately, seven others were charged in state court under Michigan’s anti-terrorism laws for allegedly targeting police and seeking a “civil war.”

Trump criticized Whitmer's remarks, saying she has done a “terrible job" and should open the state. Her stay-at-home order was lifted months ago, but mask requirements and gathering restrictions remain.

The president tweeted that “my” Justice Department and federal law enforcement had thwarted a dangerous plot against her.

“Rather than say thank you, she calls me a White Supremacist,” he tweeted before accusing Biden and Democrats of not condemning “looters and mobs that burn down” Democratic-run cities. Whitmer did not call Trump a white supremacist but accused him of “giving comfort" to hate groups.

The growing presence of armed militia-style groups during protests over the police shooting of Jacob Blake and the killing of George Floyd has ignited further unrest and chaos in the U.S. In August, a 17-year-old with ties to arch-conservative groups was charged with shooting dead two people protesting against police mistreatment of blacks in Kenosha, Wisconsin. And at the end of August in Portland, Oregon, an activist aligned with the leftist Antifa movement shot dead a supporter of a far-right Patriot Prayer group during a protest. The Antifa shooter, Michael Reinoehl, was killed by police days later.