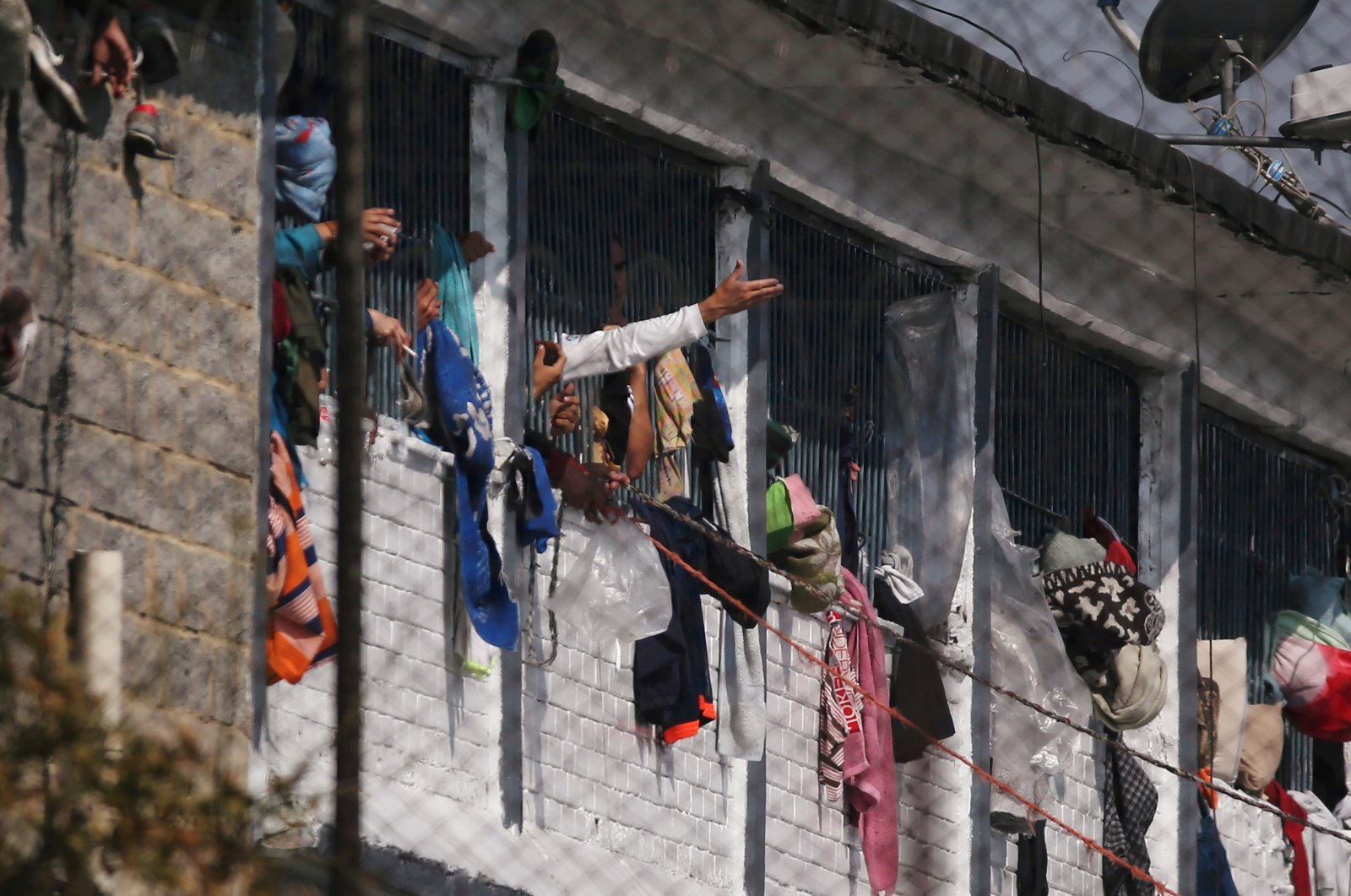 Prisoners are seen in cell windows inside the La Modelo prison after a riot by prisoners demanding government health measures against the spread of the coronavirus in Bogota, Colombia March 22, 2020. (Reuters Photo)
by Reuters Mar 22, 2020 7:57 pm
RECOMMENDED

A prison riot in Colombia's capital Bogota late on Saturday left 23 prisoners dead and 83 injured, the justice minister said Sunday, as detainees protested sanitary conditions amid the global outbreak of coronavirus.
Thirty-two injured prisoners are hospitalized, Justice Minister Margarita Cabello said in a video, while seven prison guards were also injured. Two guards are in critical condition.
The Andean country will enter a nationwide lockdown meant to stem infections from Tuesday night. So far 231 people have been confirmed infected with the disease and two have died.
"Today is a very sad and painful day," Cabello said. "Last night there was a mass criminal escape attempt at the El Modelo prison and riots in various detention centers around the country."
Graphic cell phone videos were posted to social media late on Saturday showing what appeared to be the inside of the prisons. Some showed small fires, others injured prisoners and guards.
In one video, a man says the incarcerated have been "abandoned like dogs" amid the virus outbreak.
Reuters could not independently verify the origin or authenticity of the videos.
No prisoners escaped during the riots, Cabello said.
"There is not any sanitary problem that would have caused this plan and these riots. There is not one infection nor any prisoner or custodial or administrative staffer who has coronavirus."
The second Colombian to die from coronavirus was a 70-year-old woman in the city of Cali, the health ministry said Sunday. Her daughter arrived in Colombia from Cuba, where she had been in contact with a person from the United States who is positive for the virus.
The daughter currently has a cough, the ministry said in a statement, while the victim's 74-year-old husband is hospitalized and positive for the virus.