24 killed in gun attack on drug rehab center in Mexico 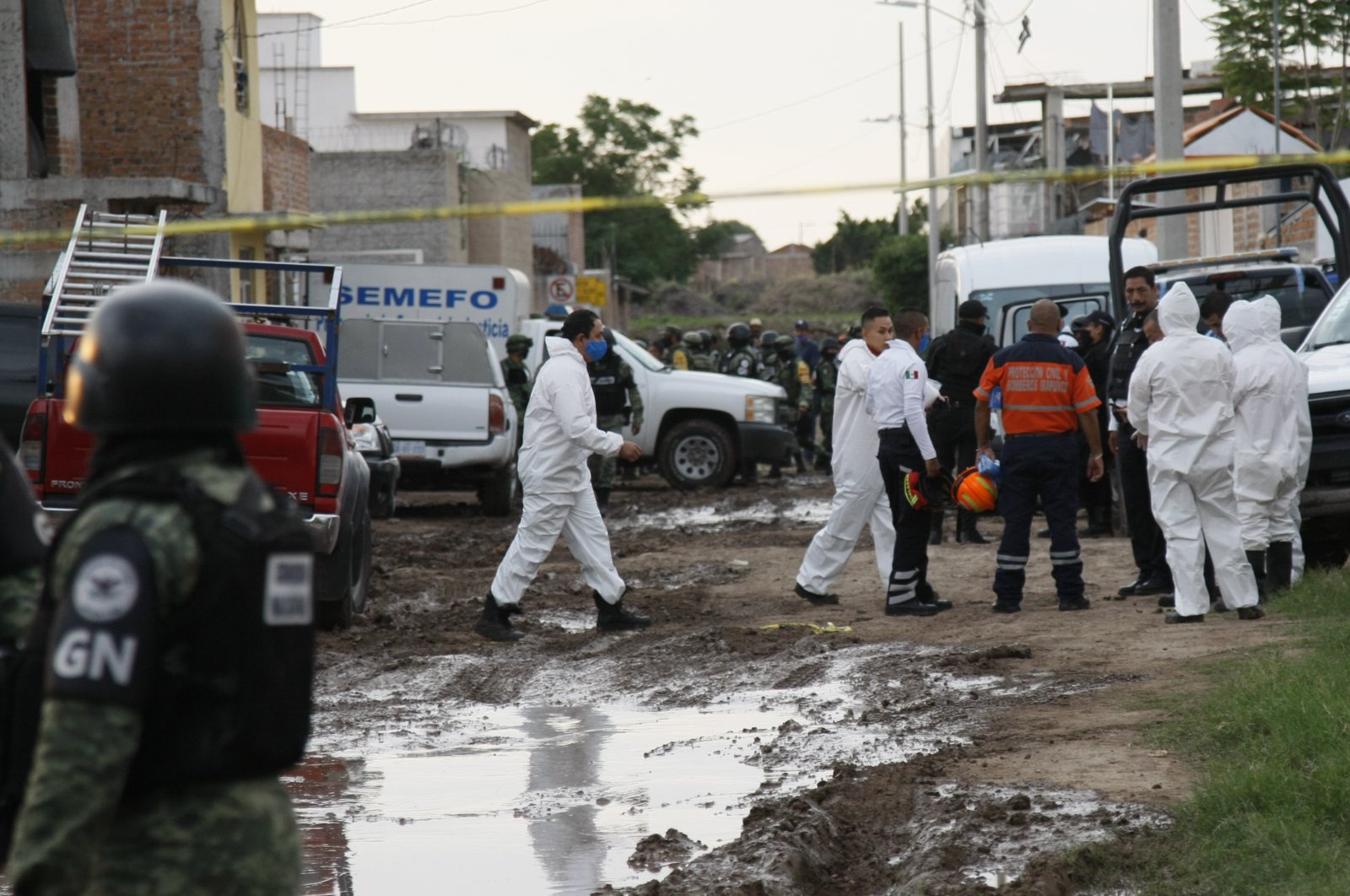 Gunmen killed 24 people at a drug rehabilitation facility in the central Mexican city of Irapuato, police said on Wednesday, underlining the government's challenge in fulfilling its pledge to stop gang violence.

Police in the city in Guanajuato state said the unidentified attackers also shot and wounded seven people in what was the second attack at an Irapuato rehab center in the past month.

Photos from the scene shared by police with reporters showed at least 11 prone and bloodied bodies in a room.

Police said in a statement that three of the wounded were in grave condition and that the facility was not formally registered.

Social media videos following the incident showed ambulances on site and several dozen people described as relatives of the victims clustered on the street.

No motive was given in the attack, but Gov. Diego Sinhue Rodriguez Vallejo said drug gangs appeared to have been involved.

"I deeply regret and condemn the events in Irapuato this afternoon,” the governor wrote. "The violence generated by organized crime not only takes the lives of the young, but it takes the peace from families in Guanajuato.”

Guanajuato's Attorney General Carlos Zamarripa said he had designated a specialized team to investigate the killing, which he called a "cowardly criminal act," while Sinhue called for a joint effort from federal and state authorities to tackle violence.

The attack was one of the worst mass slayings since President Andres Manuel Lopez Obrador took office 19 months ago pledging to reduce record levels of violence. But homicides hit a new record last year and are trending higher still in 2020.

Guanajuato, a major carmaking hub, has become one of the principal flashpoints of criminal violence in Mexico, ravaged by a turf war between the local Santa Rosa de Lima gang and the powerful Jalisco New Generation Cartel.

According to federal data, Guanajuato registered 1,405 homicides this year through May, more than any other state.

On June 6, gunmen opened fire at a different addiction rehab center in Irapuato, killing 10 men. Rehab centers are known to have been targeted by criminal gangs waging battles for control of the drug business.

At least 26 people were killed in an arson attack by suspected gang members on a bar in the southern port of Coatzacoalcos last August.

Mexico has long had problems with rehab centers because most are privately run, underfunded and often commit abuses against recovering addicts. The government spends relatively little money on rehabilitation, often making the unregistered centers the only option available for poor families.

In addition, addicts and dealers who face attacks from rivals on the streets sometimes take refuge at the rehab clinics, making the clinics themselves targets for attack. Still, other gangs have been accused of forcibly recruiting recovering addicts at the centers as dealers and killing them if they refused.