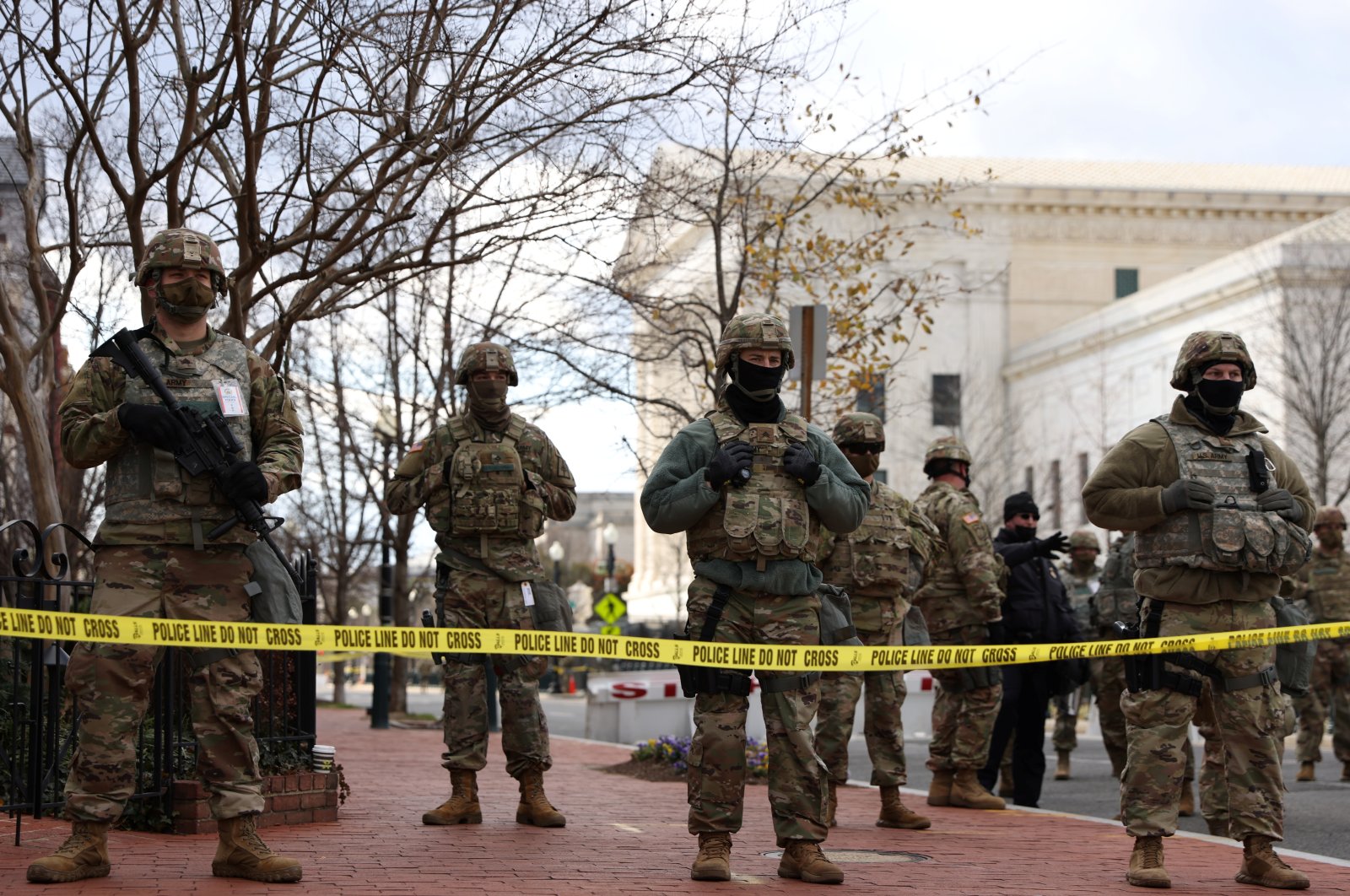 Members of the National Guard stand watch wearing helmets in front of the Supreme Court after reports of a bomb threat circulated hours before President-elect Joe Biden's inauguration as the 46th President of the United States, in Washington D.C., U.S. Jan. 20, 2021. (REUTERS Photo)
by DAILY SABAH WITH AA Jan 20, 2021 7:28 pm

In a unique inauguration ceremony held in the absence of the outgoing president and in line with coronavirus safety measures, Joe Biden was sworn into office protected by 25,000 U.S. National Guard troops. The ceremony was a fortress, a decision made after pro-Trump supporters stormed the Capitol on Jan. 6 resulting in the deaths of five people.

Outgoing President Donald Trump previously announced he would not attend the inauguration, breaking with precedent that dates nearly 200 years.

He left the White House early Wednesday to attend his sendoff military event at Joint Base Andrews where he touted the "great" work done by his administration and vowed a comeback.

Traditionally, the incoming and outgoing presidents ride to the U.S. Capitol together on Inauguration Day for the ceremony in a visible representation of the transfer of power. The tradition has been in place "with few exceptions" since 1837, according to the Joint Congressional Committee on Inaugural Ceremonies.

Normally hundreds of thousands of people attend the ceremony every four years, but this year the general public was asked to celebrate at home as the U.S. continues to find itself in the throes of the coronavirus pandemic, which has claimed more than 400,000 lives in the country.