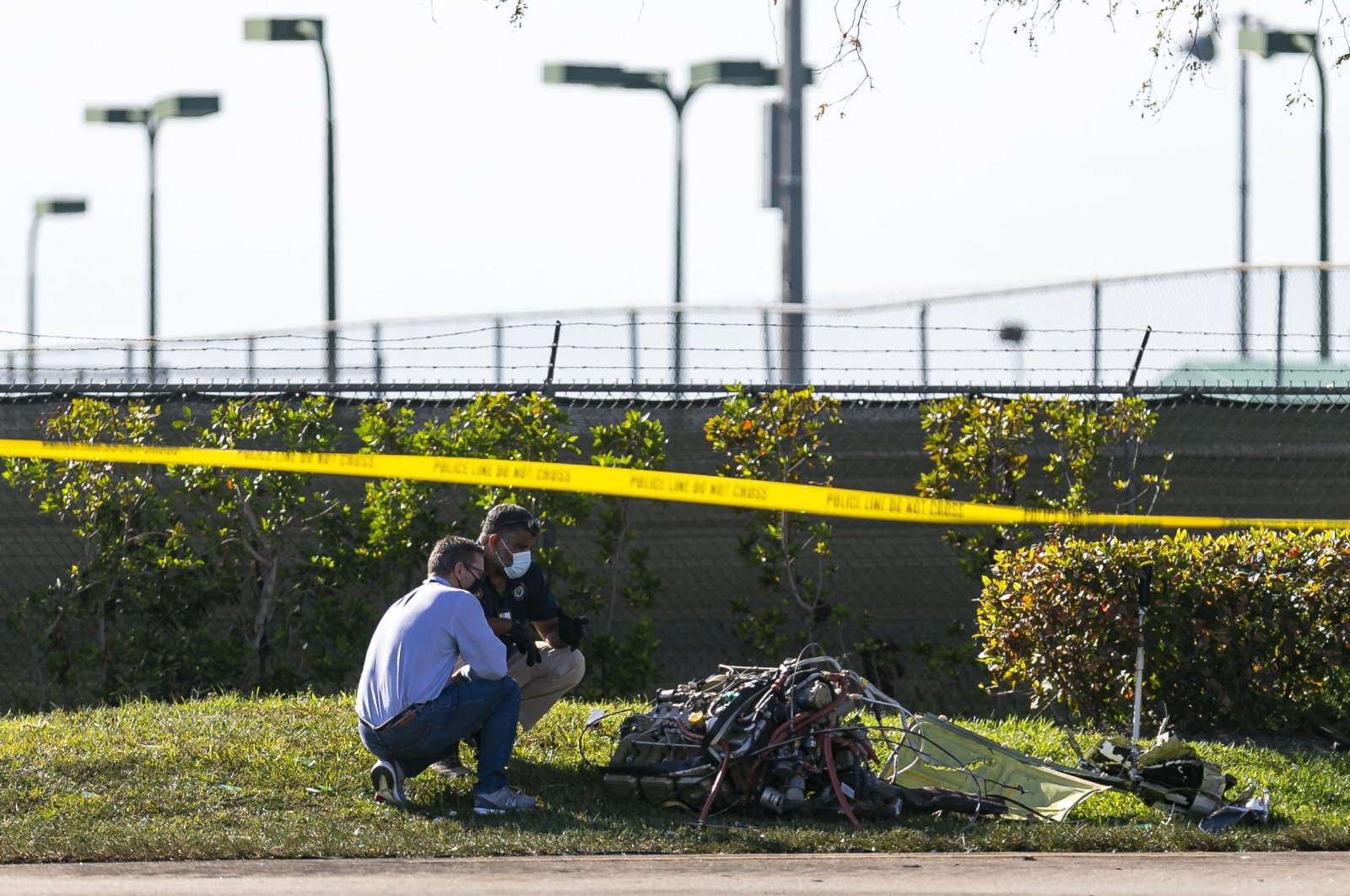 First responders look through debris from an accident scene after a small plane crashed near the 1300 block of Southwest 72nd Avenue in Pembroke Pines, Florida on Monday, March 15, 2021. (Reuters Photo)
by DAILY SABAH Mar 16, 2021 3:34 pm

Three people were killed and one was seriously injured in a plane crash in South Florida on Monday, officials said.

The single-engine aircraft crashed into a car on a roadway in Florida. A woman and a child were transported to a hospital in serious condition, while two people died on the scene of the accident, Fire Chief Marcellino Rodriguez told CNN.

In an update later on the same day, the officials told local reporters that the child did not survive.

Federal Aviation Administration (FAA) investigators said the plane was forced to turn back around toward North Perry Airport shortly after takeoff. An FAA spokesperson said the cause of the Beechcraft Bonanza’s crash is unknown, and the National Transportation Safety Board will investigate the crash.

“We heard like a bomb, like a tremendous noise, and we went outside, and everything was on fire,” neighbor Annabel Fernandez told WSVN. The accident was captured by the doorbell camera in Fernandez’s house.