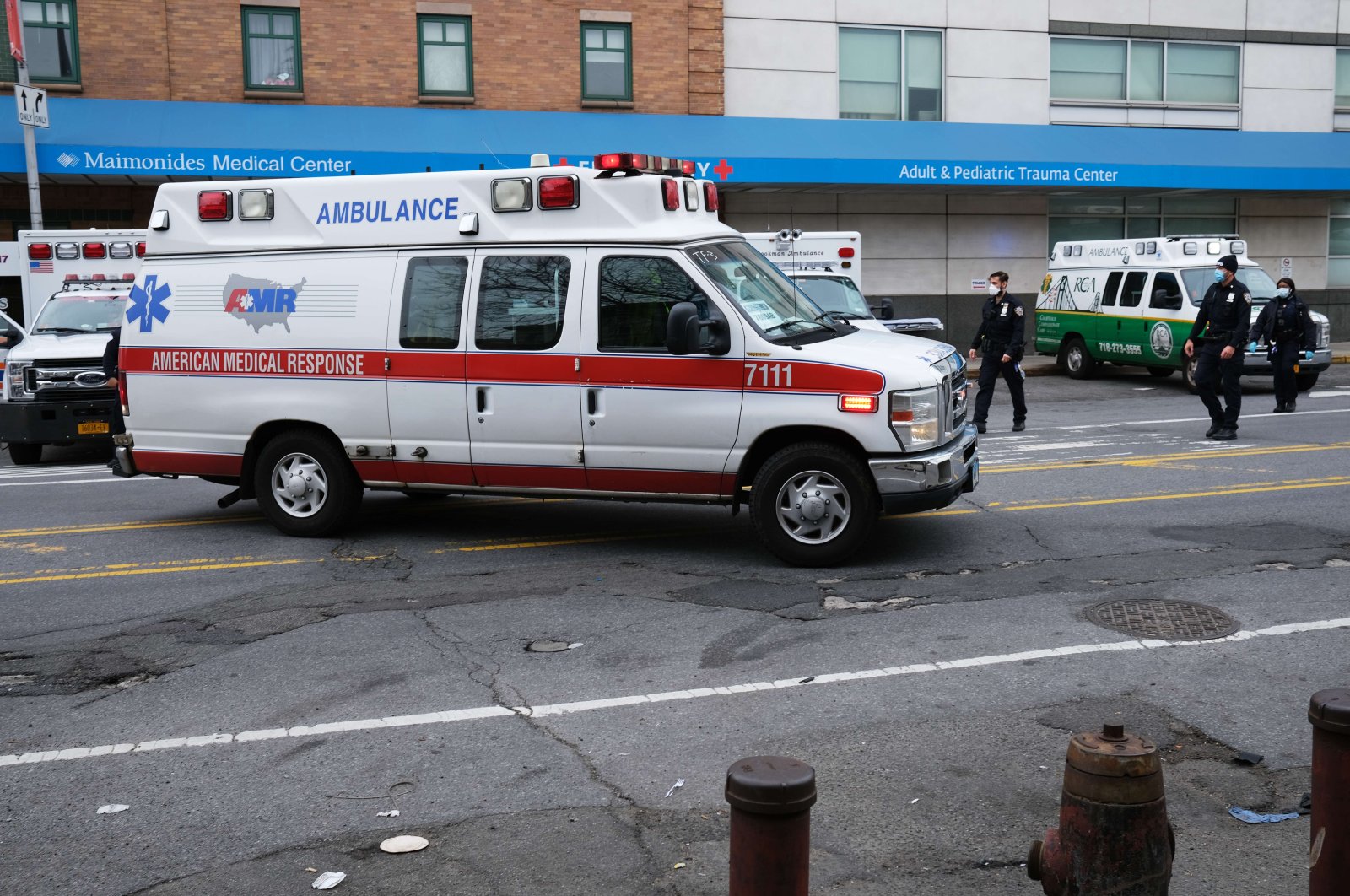 Three out of four U.S. hospitals surveyed are already treating patients with confirmed or suspected cases of COVID-19, according to a federal report that finds hospitals expect to be overwhelmed as cases skyrocket toward their projected peak.

A report due out Monday from a federal watchdog agency warns that different, widely reported problems are feeding off each other in a vicious cycle. Such problems include insufficient tests, slow results, scarcity of protective gear, the shortage of breathing machines for seriously ill patients and burned-out staff anxious for their own safety.

“There's this sort of domino effect,” said Ann Maxwell, an assistant inspector general at the Department of Health and Human Services. “These challenges play off each other and exacerbate the situation. There's a cascade effect.”

The inspector general's report is based on a telephone survey of 323 hospitals around the country, from March 23-27. With hundreds of new coronavirus cases daily, the situation is becoming more dire for many the nation's 6,000 hospitals. Others can still scramble to prepare. A copy of the report was provided to The Associated Press.

“Hospitals reported that their most significant challenges centered on testing and caring for patients with known or suspected COVID-19 and keeping staff safe,” the report concluded.

“It’s likely that every hospital in America is going to have to deal with this,” Maxwell said.

Of the 323 hospitals in the survey, 117 reported they were treating one or more patients with COVID-19, while 130 said they were treating one or more patients suspected to have the disease. Suspected infections are treated similarly, because of the uncertainties around testing. Only 32 hospitals said they were not treating any patients with confirmed or suspected COVID-19. Another 44 hospitals did not provide that information.
“Hospitals anticipated being overwhelmed by a surge in COVID-19 patients, who would need specialty beds and isolation areas for effective treatment,” the report said.
Parts of Europe provide a glimpse of what hospitals here are trying to avoid. The AP reported last week that some European nations are throwing together makeshift hospitals and shipping coronavirus patients out of overwhelmed cities via high-speed trains and military jets. In Spain, doctors are having to make agonizing decisions about who gets the best care. In the U.S., two Navy hospital ships have been deployed and field hospitals erected.
How to set priorities for the use of ventilators, breathing machines that can sustain life, is one of the most worrisome questions. Hospitals from Louisiana to New York and Michigan are already confronting projected shortages, the AP reported last week.